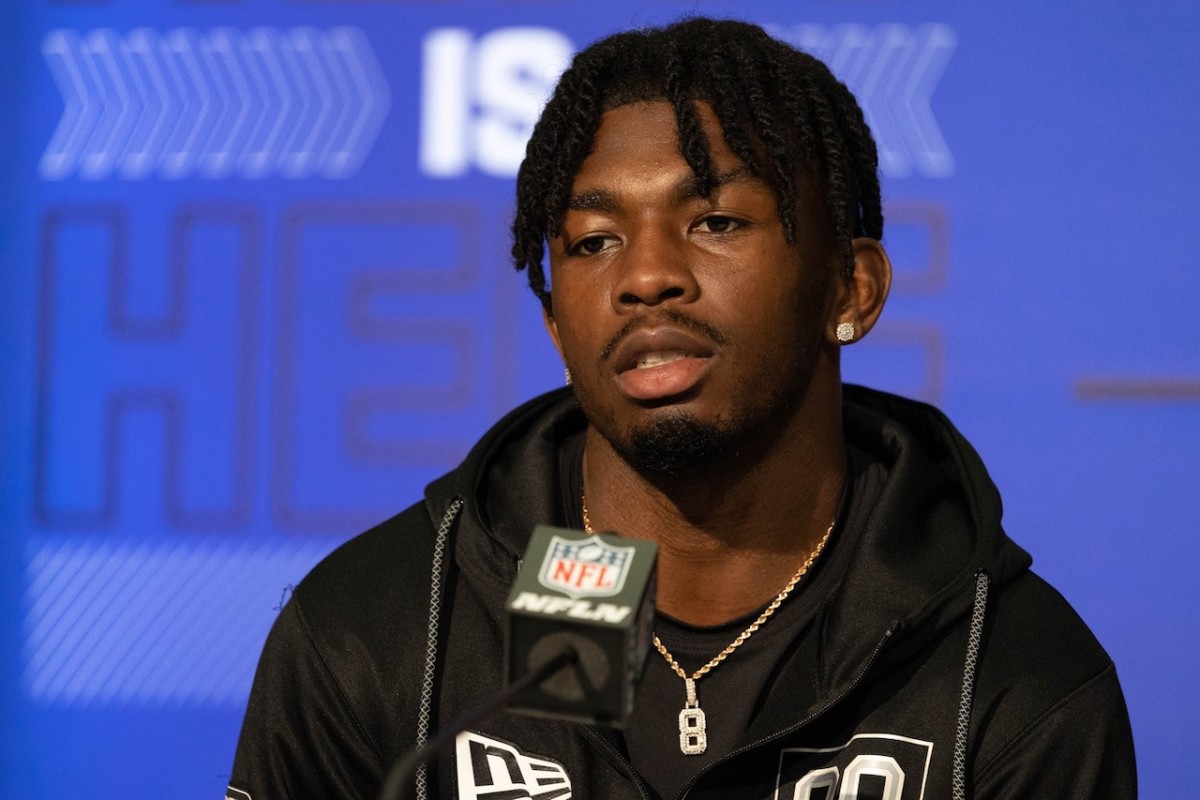 Justyn Ross said during Wednesday’s interviews at the NFL Scouting Combine that he’s been medically cleared to participate, but the former Clemson receiver won’t be doing any on-field drills this week.

Ross came back in 2021 from neck surgery in 2020, had an underwhelming fall and then missed the last three games with a stress fracture in his foot. However, Ross, who declared early for the NFL draft, believes he’s in good health.

“I feel like I’m back to the old me,” Ross said to the NFL media Wednesday in Indianapolis.

Ross admitted that there’s doubt from outsiders about his ability at the next level. After missing all of 2020, his numbers dropped off from his stellar freshman and sophomore seasons. Ross averaged 11.2 yards per catch, down from 13.1 in 2019, and had 514 yards on 46 receptions with three touchdowns.

He will participate in the bench press at the combine and go through medical evaluations, which are key considering his health past. It’s likely he’ll do more on-field workouts during Clemson’s March 17 Pro Day. It’ll be a more controlled, comfortable environment with less pressure and competition among his position peers.

Still, he’ll need to do something and likely give NFL teams some reassurance that he’s healthy to raise his draft stock and hear his name on the second day of the NFL draft. Ross met with the Philadelphia Eagles and Las Vegas Raiders already this week.

But as of now, he could be headed toward a fourth-round selection. There’s plenty of time between now and April 28 to help that. It just won’t happen in terms of being on the field this week.

Want to join in on the discussion? 100% FREE! Interact with fellow Tiger fans and hear directly from publisher Zach Lentz, deputy editor Brad Senkiw, recruiting analyst Jason Priester and staff writer Will Vandervort on any subject. Click here to become a member of the ALL CLEMSON message board community today!