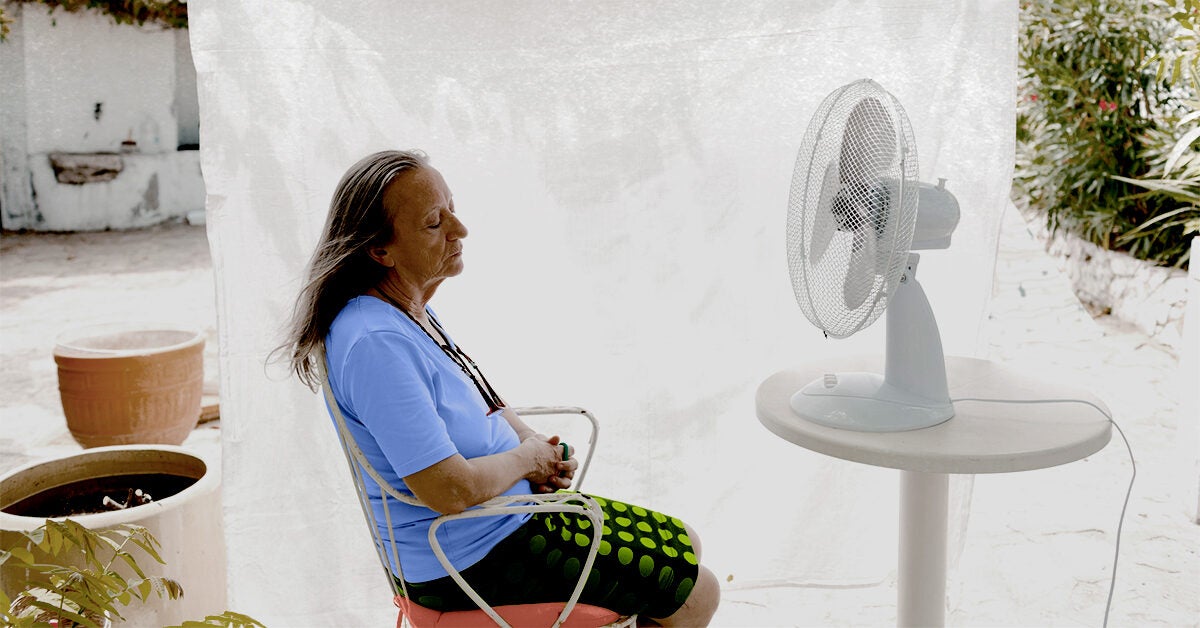 A study examining medical data from more than 2 million people across the U.S. shows that days of extreme heat in summer were associated with higher rates of emergency department visits for mental health conditions.

The results suggest that the increasing frequency of episodes of extreme heat due to climate change may have further adverse mental health effects.

A co-author of the study, Dr. Amruta Nori-Sarma, who is an assistant professor of environmental health at Boston University School of Public Health, told Medical News Today that “Most people already know that very hot days put them at risk of physical health problems like heat stroke and dehydration.”

“The key takeaway from our study is that days of extreme heat are also linked to a higher risk of needing care for mental health conditions such as depression, anxiety, substance use, and self-harm.”

Dr. Eun-Hye Enki Yoo, an assistant professor at the University at Buffalo’s Department of Geography, who was not involved in the study, told MNT, “Given the scale (the geographical extent) of the study, their findings have significant implications for public health interventions to minimize the health consequences of extreme temperature and for the prediction of potential adverse health effects in rapidly worsening climate-changing scenarios.”

The study appears in the journal .

Previous have shown that higher ambient temperatures are associated with an increased risk of hospitalization due to metabolic, cardiovascular, and respiratory conditions.

Moreover, elevated temperatures are also linked to increased mortality, with some estimates suggesting that extreme heat was associated with deaths worldwide in 2019.

Elevated temperatures are also linked with adverse mental health effects. have shown that periods of hotter weather are associated with worsening mental health symptoms and an increase in emergency department visits.

However, these studies had often involved small sample sizes or been restricted to specific geographic regions or populations, influencing the reliability and generalizability of the results.

To address these concerns, the present study used national data to investigate the association between elevated ambient temperatures and emergency department visits for mental health conditions.

In the present study, the researchers used a database containing de-identified medical information collected between 2010 and 2019 from people with commercial or Medicare Advantage health insurance. In terms of residence, 2,775 counties across the country were represented.

Based on medical insurance claims, the team obtained information about 2,243,395 individuals aged 18 years or older who had received care in an emergency department for a mental health condition.

The researchers also obtained data about the maximum daily temperatures for the entire study duration in each county from a database called PRISM. They focused on the months between May and September, when nearly all periods of extreme heat occur in the U.S.

In each county, the scientists classified “?extreme heat days” when the maximum temperature was higher than that of 95% of the other days during the warm season.

They found an increased likelihood of emergency department visits for any mental health condition on extreme heat days.

Such an association was absent for personality and behavioral disorders.

The team also investigated whether sex, age, or geographic region were linked with an increased likelihood of visits related to mental health.

They found that the association between extreme heat days and higher rates of emergency department visits was more pronounced in men than women.

Geographically, the link was stronger in the North than the South, with the strongest association among people residing in the Northeast, Northwest, and Midwest regions.

The authors acknowledge that their study only shows a correlation between elevated temperatures and the likelihood of emergency department visits for mental health conditions — it does not establish causation.

The study also used maximum daily temperatures as a measure of an individual’s exposure to heat. But factors such as activity levels and time spent outdoors tend to determine actual exposure to heat.

The study also could not assess the effects of elevated temperatures on milder mental health symptoms or on vulnerable communities, in particular.

“We need to improve our understanding of how exposure to adverse weather conditions, including both extreme heat and cold, affect individuals with relatively mild symptoms of mental disorders. This national study was based only on a fraction of the spectrum of mental health issues,” Dr. Yoo noted.

“Mental health impacts of extreme environmental conditions, including extreme heat, on underserved and minority communities, vulnerable populations (the youth and the elderly), and individuals who cannot afford commercial health insurance, thus who were not included in the present study, need to be improved.”
– Dr. Eun-Hye Enki Yoo

In a previous study, Dr. Yoo and colleagues had found that these groups represented a large proportion of emergency room visits.

“A better understanding of these most vulnerable populations is important in developing effective interventions,” she said.

Additional large-scale studies are also required to understand the impact of cold temperatures on mental health.