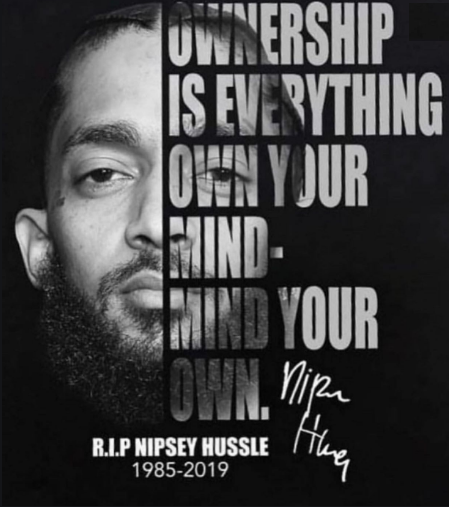 I came across this quote from Nipsey Hussle. I have no idea what inspired this message from him, but so much resonated with me within these nine words. My journey has inspired me to reflect on quotes and messages I come across to try to see beyond the words. That’s why I wanted to show respect to Ermias Joseph Asghedom (Nipsey Hussle) on this day August 15th, his born day.

I read that he was attempting to get this message across to his community…“seek ownership in all that you do. I just believe in ownership…I believe in investing in yourself…your foundation should be strong” Regardless of your generation, culture, or what genre of music you prefer, you have to admit that’s a powerful message. I can’t help but respect the movement he was attempting to establish within his community. A movement that encourages the collective to be independent and seek financial empowerment through ownership and inspires them to invest in a secure foundation for their future. This inspired me to share what I took from this message with my community.

I’m not expecting anyone to become an instant fan of hip hop just from reading this article. Honestly, my intention is just for you to read his message and be inspired by what resonates with you. Reflect on his message, then read my perspective to see what my life experiences has allowed me to see within it as well. The way I’m sharing with you, share what’s revealed to you with those around you. The goal is for us to grow with this message and to use that growth to share with the collective. His life within the physical realm ended very soon, but his words and legacy will continue to thrive. We can assist in that by taking a piece of his legacy and growing it beyond his community.

“Ownership is everything. Own your mind – mind your own”

Initially I only saw the physical meaning of the word “ownership”. But the more I reflected on this message, the more it took on a deeper meaning. We should continue to encourage our community to start making boss moves like owning your own home, business, or car. But for now let’s try to focus on what this message could mean beyond the physical realm. Try getting passed seeing only the strength and power within owning something physically.  I was able to get to a level where accountability and transparency within “ownership is everything” was revealed. From a spiritual aspect, I saw how ownership of my emotions and mind is everything. For me being mindful of my words and actions is how I achieve that accountability & transparency. Confucius said “A man who has committed a mistake and doesn’t correct it, is committing another mistake”. We not only grow from our successes but from our failures as well. Ask yourself if it’s possible to grow from something if you never played a part in it?

What I mean by that is, to grow and learn from a mistake you have to first acknowledge that there is a mistake. Then reflect on the part you played in that situation. This is the only way you will be able to learn and grow from it.  Remember good or bad, it was you who made the decision to act and speak in the way you did. Because you and only you hold responsibility for that, you shouldn’t make excuses. Be accountable by owning it. The highest respect goes to the person who can admit to the part they played in a mistake. Denial or excuses won’t change what has already been done, so while respect is being given…give some to yourself by not making excuses. Own your fails the same way you would own your success. 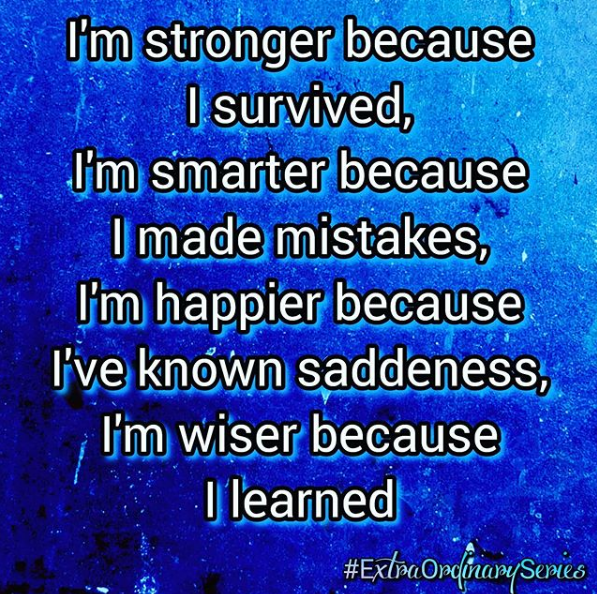 Have you ever worked with someone on a project and they messed up? Doesn’t matter if it was for school or work it was a group effort, and someone dropped the ball. Who gets your respect? The person who takes responsibility for the mistake and says “hey, this was on me…” and is transparent about what mistakes were made. Allowing both of you to work together to fix the issue. Or the person who has a list  of all these outside things that played a part in the mistake, but never once saying anything about their role in it. So instead of solutions, all you have is a mistake and excuses. You have your opinion of each person in those examples. Based on your opinion, which would you rather be?

Don’t make a second mistake by not taking ownership of the first. I understand this is easier said than done. But, if you want to take ownership of your mistakes, the first step is understanding how to….

The mind is powerful enough to change the world you live in. Have you heard the expression “Change your thoughts and you change your world”? Worry, fear, guilt, and anxiety are just a few different ways in which your mind can control you in a negative way. If you are not careful instead of you owning your mind, it will own you. It’s easy to be guided by your thoughts instead of being true to self, by allowing your heart to lead. If your thoughts are consumed with darkness, your days will be filled with it as well. There are different sources of light people can turn to. From family & friends, hobbies, and religion to mindfulness practices, philanthropy, and meditation. That’s just to name a few, if its something that is positive in your life…it is a light source.

Here’s the thing…your stronger than you look. For every dark moment that you have overcome, you are stronger, smarter, happier, and wiser for it.  If you’ve made it this far, your curiosity is seeking knowledge and growth. You’ve seen dark days before, and you’ve found the light to pull yourself out of those moments. Your curiosity will continue to feed you with the knowledge you need for growth.…Never Forget 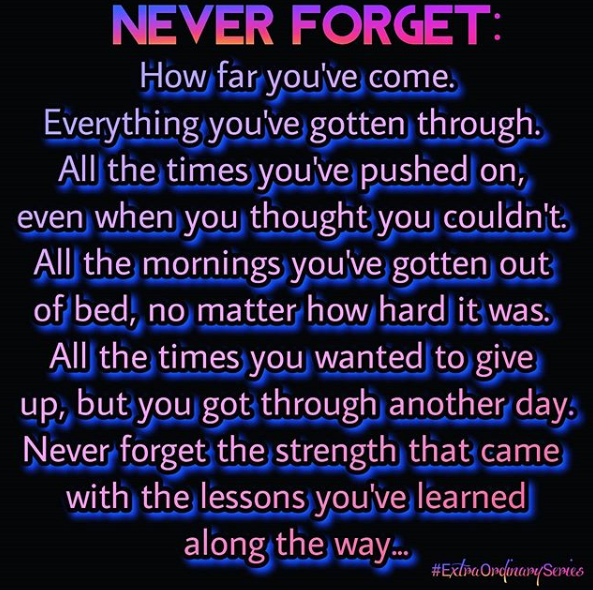 All of the light sources I mentioned earlier I have used on my journey to owning my mind. One that has really secured my foundation the most is practicing the power of now. By being present and focusing on the here and now I’ve overcome a lot of my anxieties.

Practicing the power of now = owning your mind:

I learned the power of now from reading a book by Eckhart Tolle. It helped me separate myself from my mind. I never really realized that the mind is so powerful it will have you identifying yourself with it. See the mind is an amazing tool if used correctly. However, when it has to much control it can easily become destructive and create labels and judgments. Not only for others, but for yourself as well. This can cause issues with relationships within your life, as well as self-confidence.

Have you ever heard that you are a product of your environment? That environment we grew up in or live in assist in forming a mental image of who we are. You can see how amazing it is that Nipsey wanted to establish this message within his community. Think of how powerful of an impact this ownership movement would have on the youth within that community. It wasn’t until I was an adult that I learned my mind and emotions together to establish my Ego. See ego can bring a false sense of pride, and that pride can hinder accountability and transparency. So, you have to know when to tell your ego to have a seat… sometimes several seats.

If you are not careful your ego will allow you to believe it’s who you really are. I mean our ego’s have gotten us through a lot of situations, so it’s easy to identify yourself with it. It protects us when we feel as though someone is trying us. You become defensive and combative when accused of something…even something as simple as making a mistake. It has given us confidence when needed to preserver, by encouraging us to make excuses for the mistakes we made. Excuses like “Anyone one could have made that mistake”, and “I know everyone last person I’m working with has made mistakes”.  Not realizing that this kind of energy can be just as disruptive as allowing mind to own you.

The best way to protect yourself is by not giving your mind the power to use you. Once you separate self from mind & ego you can begin to see the beauty, love, and joy that ascends from beyond mind. Inner peace doesn’t come from the mind it comes from within. With that separation your mind doesn’t own you…you own it. This is a path towards enlightenment.

One thing the path of enlightenment brings is the rise above thought and ego. Enlightenment can be gained from reflection and ownership. Your mind can be more focused and effective as a tool.

And if all else fails when trying to own your mind… 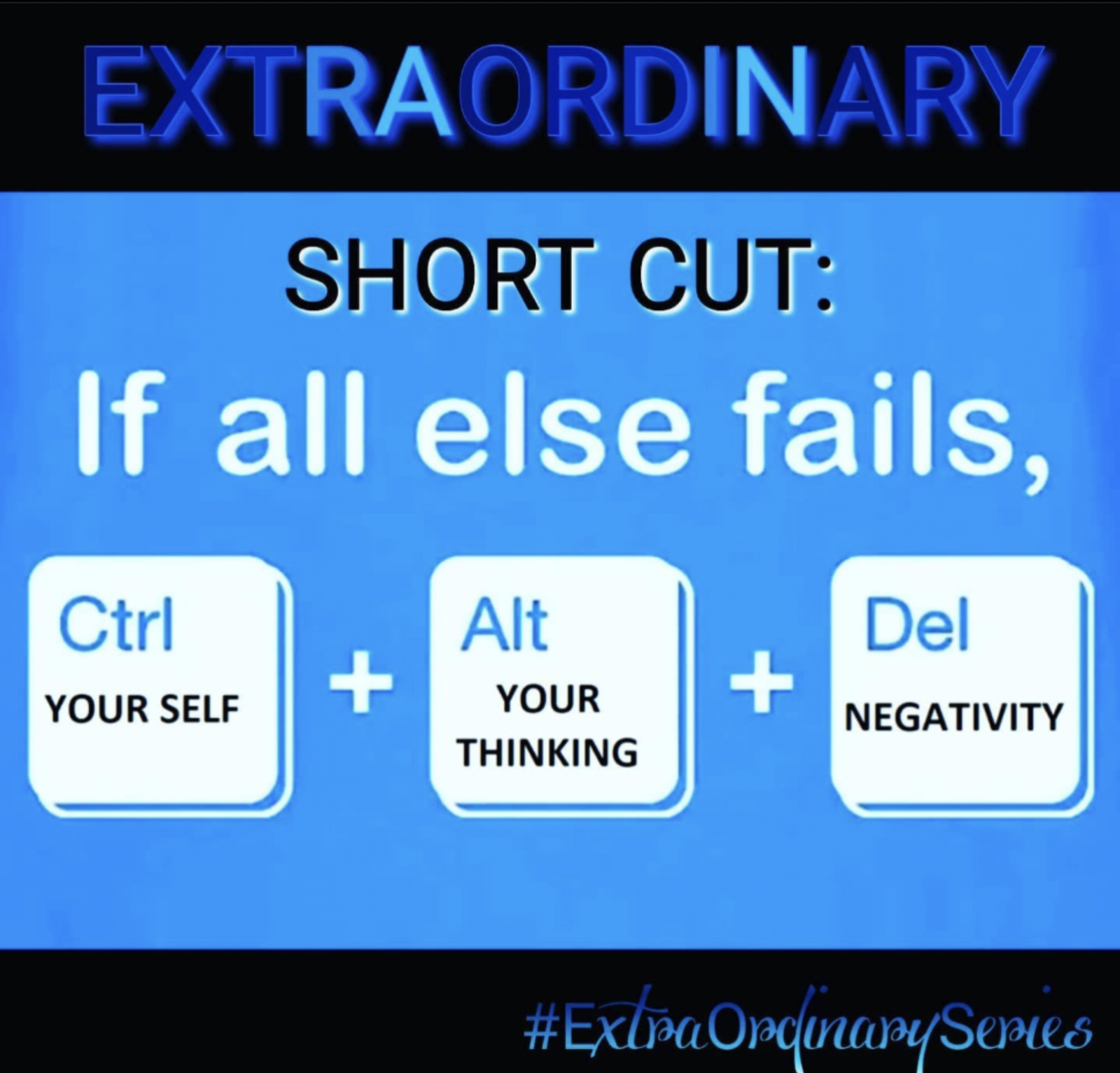 The last part of this extraordinary message is “mind your own”. Confucius has another amazing quote that ties into this. He said, “What the superior man seeks withing himself, a small make seeks in others.” To me both messages discuss how we should be spending more time focusing on self, versus focusing on what the next person is doing. I realized that I won’t get far trying to keep up with everyone else around me, because their timeline and their path will never align with mine.

Only you know your life and your life experiences. Their blueprint to their life won’t apply to any of the plans for your life. Focus on you and your actions. Have you heard the saying “actions speak louder than words”, nothing is clearer or more transparent than your actions. Instead of speaking on what you’re going to do, sometimes you just need to do it. Remember it’s not what you say but how you live. Your actions during difficult situations, really does show what your made of.

Ownership is everything. Own your mind – mind your own

Regardless of your background you can be inspired by this message and should share this with their community. So, I ask:

Never forget all the obstacles you’ve overcome in life. Every day you get up, is another day for you to take ownership and invest in yourself and your community…to strengthen that foundation. You are stronger, smarter, happier, and wise because of what your made of. 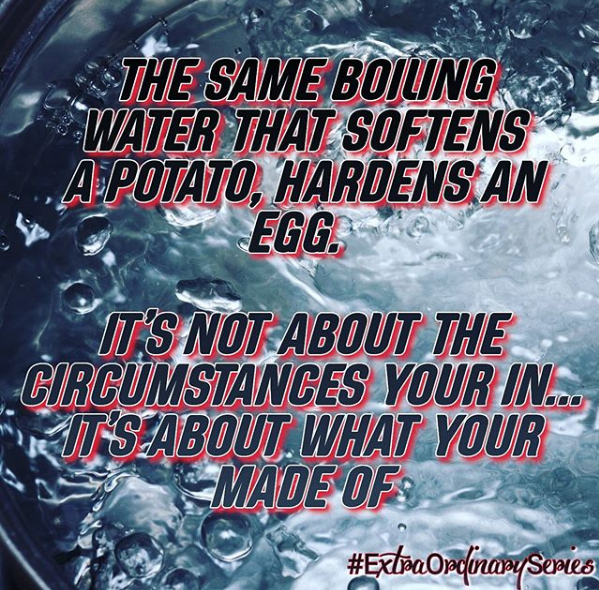