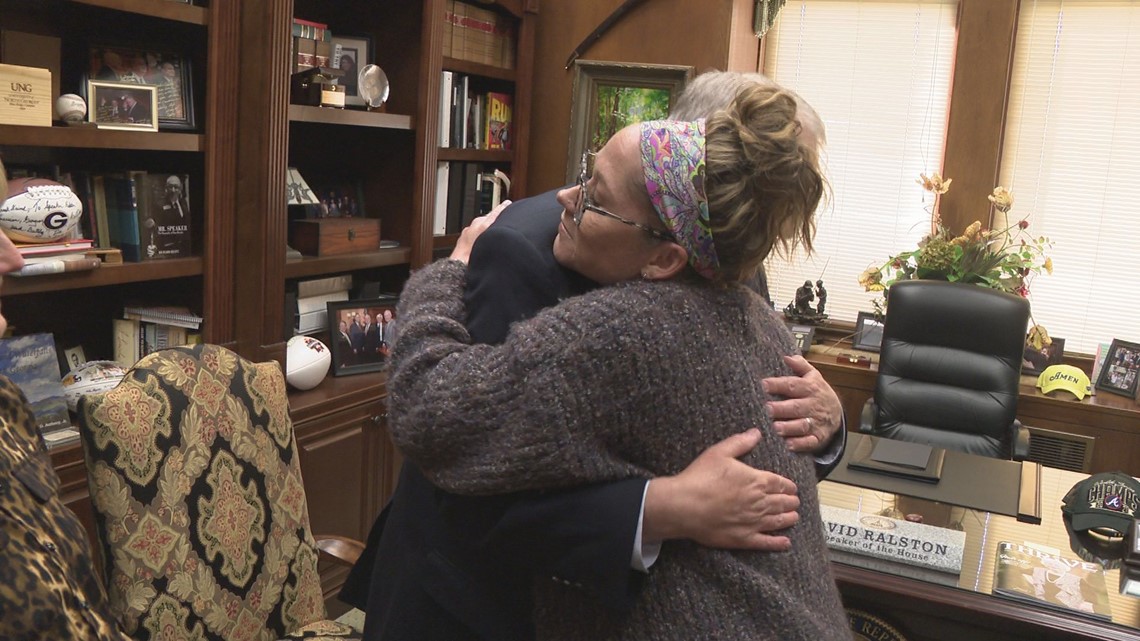 A mom reaches out to thank lawmakers for their support of mental health reform, as her daughter sits in a crisis stabilization unit for the 17th time.

ATLANTA — It’s not a coincidence Georgia’s mental health reform bill is number 1013 — that’s the code used when someone is involuntarily being taken for a mental health evaluation. On Wednesday, that number took on a different meaning.

As lawmakers celebrated the unanimous votes in both the House and Senate to pass the measure, one mother stood grateful but numb. Her daughter Kayleigh was not by her side, because just days earlier, she had been the subject of a 1013 and was currently in a crisis stabilization unit.

Georgia currently ranks near the bottom, if not last, for access to mental health care. Lawmakers say the passage of the Mental Health Parity Act will change that.

Parity essentially means if one’s insurance covers mental health, then one should be able to access a therapist to talk about depression just as easily as one can get treated for a broken arm. The federal government mandated parity in 2008, but only now will the state have a way to enforce it.

The bill was a culmination of years of research and advocacy, that culminated this year in the support of Gov. Brian Kemp, Lt. Governor Geoff Duncan, and House Speaker David Ralston. For two months it weaved its way through committee meetings, enduring nearly 600 changes along the way.

But as lawmakers enjoy the accolades, it is mothers like Henry that feel the emotional weight of being denied care. 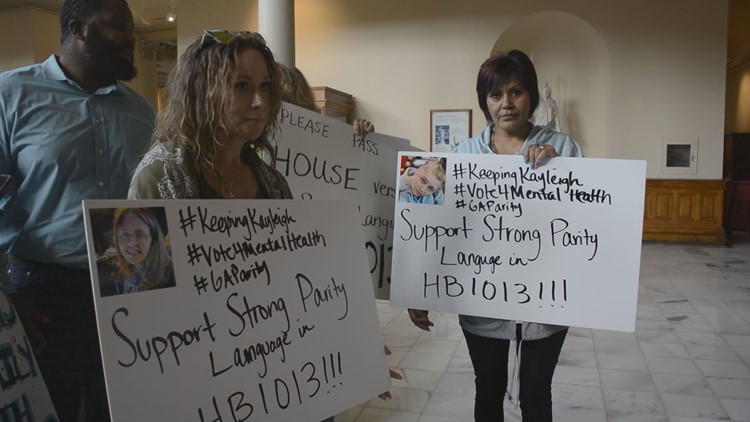 11Alive’s investigative team The Reveal spent more than a year examining gaps in the state’s mental and behavioral health care system, leading hundreds of parents each year to give up custody of their children.

Parents like Henry had simply run out of options and believed in state custody, their children would get better access to care.

“I’ve come in contact with so many families that are drowning. They’re just drowning,” said Henry.

Henry now has court-ordered guardianship of Kayleigh who is now 20 years old. Both spent time at the Capitol to support the bill. But when she walked into Speaker Ralston’s office after the vote, she stood alone.

“Because insurance would not approve evaluations for a really long time we kept getting misdiagnosis of bipolar and mismanagement of medication that led her down the path of suicide,” said Henry. The mother also told Ralston and his wife Sheree about how Kayleigh’s impulse to run had led her into trafficking, rape and abuse.

“You don’t know what it means for me and for Sheree for you to be here today. It just means the world,” said Ralston, thanking Henry for sharing a bit of her story on such a pivotal day.

Beyond parity, the bill increases law enforcement training on crisis intervention, helps establish more teams of law enforcement paired with a mental health professional to divert people into treatment instead of jail, allows for loan forgiveness for mental health graduates that agree to work in underserved communities, establishes a program to troubleshoot youth circling in and out of emergency rooms and treatment facilities, and sets up several areas to study for improvements to the system in years to come.

Kemp has not yet commented on the passage of HB1013. It now heads to his desk for his signature. If Kemp signs, the sweeping mental health reform bill would become law.