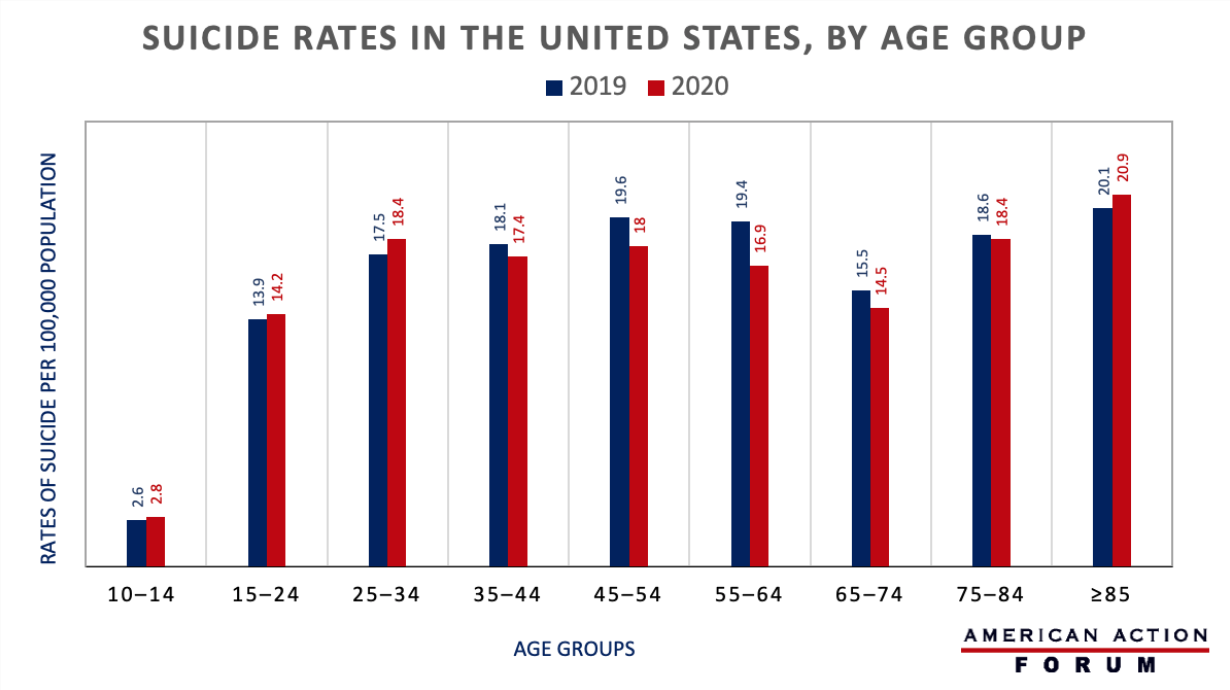 President Biden gave his first official State of the Union Speech this week and—on the health policy front at least—it was a yawn. Apart from a new “test to treat” initiative, which will eventually allow people to receive antiviral medications immediately after testing positive for COVID-19 at select pharmacies, there just wasn’t anything new. But even if Biden was only going to rehash stalled policy initiatives, he could have announced administrative action or pressed more vigorously for Congress to make one more attempt at passing some of the Build Back Better Act (BBBA). Instead, Biden’s health policy comments amounted to a master class in box checking.

Biden reminded the nation that the American Rescue Plan increased federal health subsidies but, aside from a single sentence, he didn’t press Congress to make these changes permanent. The president talked up improving nursing home care, but the plans outlined in a White House fact sheet are mostly just that: plans. Biden plans to ask Congress for more money and direct the Centers for Medicare and Medicaid Services to study various issues and report back. Overall, it’s a far cry from the $400 billion long-term care initiative Biden touted in his last address to a joint session of Congress. Biden also said we’re going to finally “beat the opioid epidemic” by updating prescribing rules and stopping “the flow of illicit drugs.” If only someone had thought to stop drug trafficking before! Biden talked about mental health parity, but gave no specifics on getting there. He also namechecked the cancer moonshot and made a pitch for establishing the Advanced Research Projects Agency for Health (which AAF’s Jackson Hammond addressed in the last edition of the Weekly Checkup).

Most surprising, Biden is frittering away any chance of acting on drug prices prior to the midterms. If there is one, non-pandemic health policy item Democrats need a win on before November, it’s drug prices. Democrats have been beating the drum on prescription drugs for decades, and even some Republicans—most notably President Trump—have embraced their rhetoric and some of their policy ideas. But action has been absent (mercifully for those hoping for continued innovation). Biden spent a lot of time talking about one family’s struggle to afford insulin and detailed a proposal to cap insulin costs that was part of the failed BBBA, but there was nothing new, just another reminder of what Democrats haven’t done. The rest of Biden’s drug pricing comments were contained in this single sentence: “Let’s let Medicare negotiate the price of prescription drugs.” Then he moved on to talk about tax credits for weatherizing your home.

The White House could have rolled out any number of administrative actions to curb pharmaceutical costs. If nothing else, there are several suitably terrible off-the-shelf initiatives left over from the Trump Administration they could dust off. Perhaps Biden is still holding out hope for a deal on a smaller reconciliation bill—Senator Manchin floated a package built around tax increases, prescription drugs, and climate/cash for West Virginia—but it’s just not clear that House Democrats have the votes to walk away from the bulk of their social spending agenda. Assuming that BBBA past is prologue, Biden is running out of time to pivot to a regulatory approach on drugs.

In September of 2009, President Obama addressed a joint session of Congress making a full-throated defense of what would become the Affordable Care Act and staked his presidency on rallying Congress to salvage a stalled legislative effort. The presidential bully pulpit is a powerful tool, but Biden has consistently failed to use it effectively to advance his health policy agenda and lead his party. Democrats seem increasingly unlikely to make much headway on their health policy agenda.

Last week, the Centers for Disease Control and Prevention published data on changes in suicide rates in the United States from 2019 to 2020. Overall, suicide rates declined by 3 percent between 2019 and 2020, though the rate of 13.5 per 100,000 population in 2020 is still 30 percent higher than it was in 2000. The highest suicide rates in 2020 were seen in persons aged older than 85 years (20.9 per 100,000), followed by those aged 75 to 84 years and 25 to 34 years (both 18.4 per 100,000), as shown in the chart below. While most age groups experienced a decline in suicide rates from 2019 to 2020—including significant declines among those aged 35 to 74 years—those aged 25 to 34 years saw a significant 4.6 percent increase in the rate of suicide. Though these findings show an overall decrease in suicide rates in the first year of the pandemic, it has also been documented that many people experienced worsened mental health and substance abuse as a result of social isolation and stress. Given that existing data suggest that suicide rates have historically remained stable or even decreased during disasters such as Hurricane Katrina, researchers are concerned about an increase in suicide rates in the coming years.

To track the progress in vaccinations, the Weekly Checkup will compile the most relevant statistics for the week, with the seven-day period ending on the Wednesday of each week. 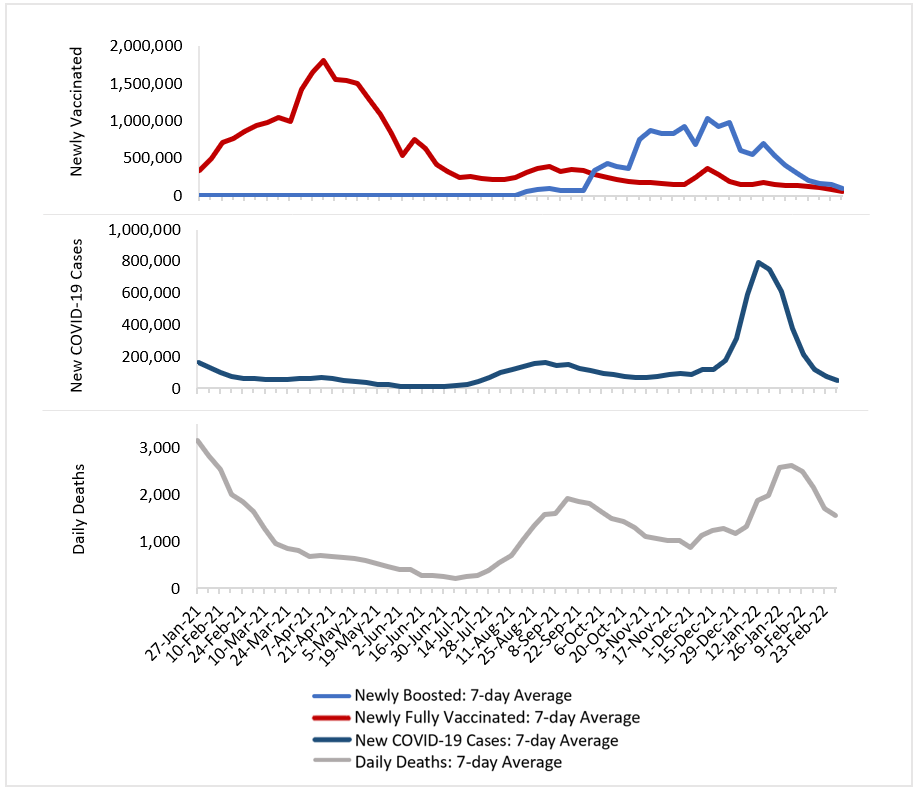