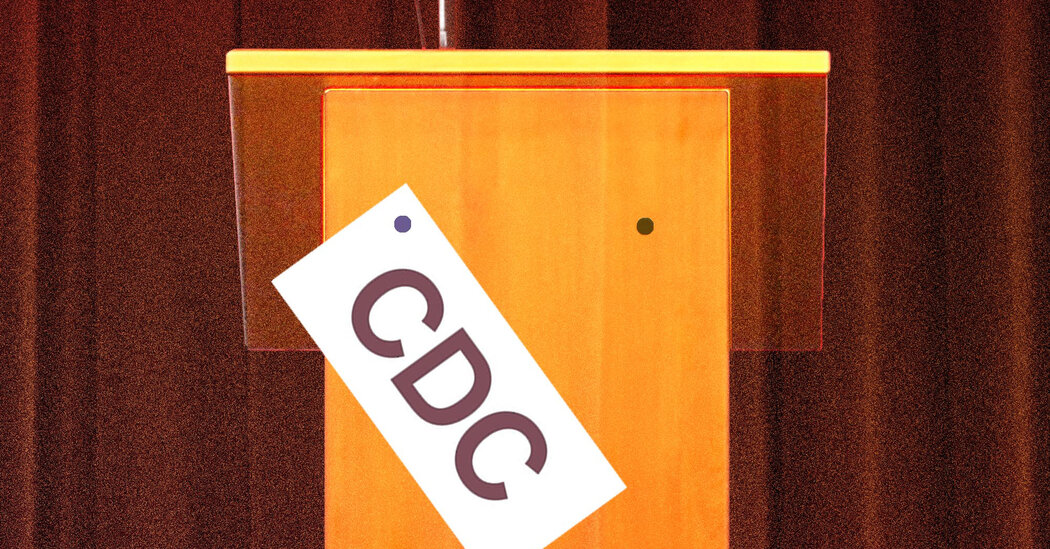 A healthy distance between the C.D.C. and other political leaders would allow the agency to quickly and transparently communicate information to the public, even when it’s politically inconvenient. When health agencies, scientists and politicians appear to be working as one, especially in a highly polarized political climate, people can dismiss the messages altogether. “For the people to whom the Biden White House is anathema, you basically get them to turn off to C.D.C.,” Dr. Frieden said.

One of the key steps to take, according to Dr. Frieden, would be freeing up the C.D.C. to do independent briefings. “If you look at H1N1, Ebola or Zika, we were giving nearly daily press conferences,” he said. “It hurts the public to not hear regularly from C.D.C.”

And not just the C.D.C. — Americans should hear from, and be heard by, all involved in a pandemic response and bear witness to a transparent process of decision-making. Even when it gets messy, the end result will feel less like a decree from an ivory tower and more like the imperfect product of continuing dialogue. The new mask guidelines in February may have felt too abrupt to some because the C.D.C. hadn’t yet explained the imperfection of relying on case numbers alone to define risk calculations; its new community-based guidance now includes the share of hospital beds being used and hospital admissions, in addition to case numbers.

Inevitably, pundits and political opportunists would attempt to paint disagreement as conflict, and changes in guidance as hypocritical contradictions. This could lead people to believe that no one knows what they’re doing, and so you may as well eat horse paste. This effect is not insurmountable. But it requires active work to earn trust and retain credibility.

To ensure that this kind of separation between politics and health can happen regardless of the presidential administration, new measures may need to be enacted. For example, Congress could move agencies like the C.D.C. and the Food and Drug Administration outside of the Department of Health and Human Services to allow for more independence. This has been called for many times over the years, and the case is only growing clearer. Within that arrangement, it may also be possible to limit the influence of any given president over public health, for example by requiring congressional approval of C.D.C. directors, possibly for a term that does not coincide with presidential terms.

And though communication lies at the heart of rebuilding public trust, the agencies must also have timely and credible — ideally impeccably vetted and contextualized — information to communicate. This means expanding them significantly, possibly via a mandatory funding stream that can allow for long-term planning and independence from political whims. In 2021, the C.D.C.’s discretionary funding was $7.1 billion, equal to roughly 1 percent of the funding for Department of Defense. Having just witnessed how costly a pandemic can be, we should take this moment to treat public health as a matter of national security and provide the agency the tools and personnel to live up to its own advice on crisis communication: “Be first, be right, be credible, express empathy, promote action and show respect.”

Absent this, Americans are witnessing what happens. Regular cycles of panic and confusion have worn everyone’s patience to the bone.