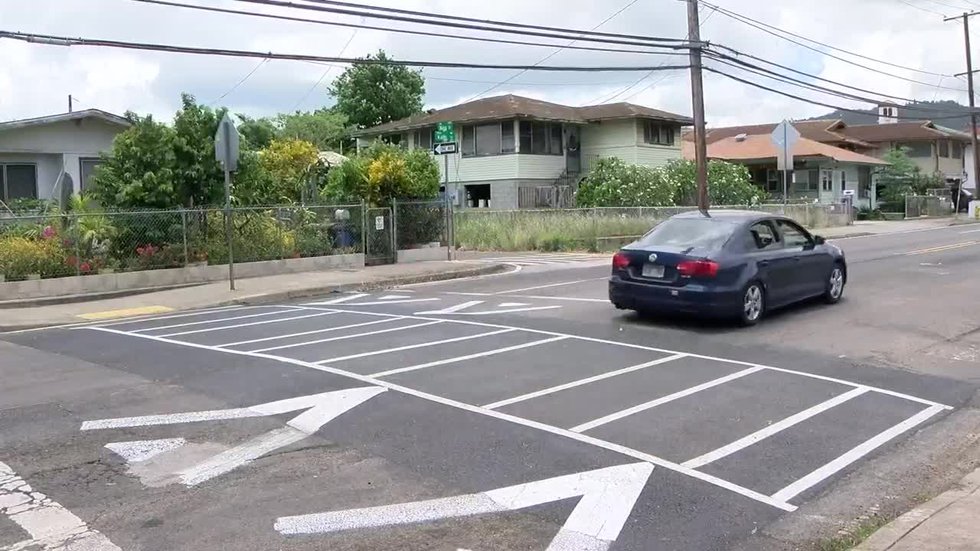 HONOLULU (HawaiiNewsNow) – You’ve seen more of them on roadways — the roundabouts, the raised crosswalks, the bike lanes.

A state traffic specialist says those things are more effective than police citations at reducing what he calls “traffic violence.”

“We kill the equivalent of a fully-loaded 747 in traffic injuries in the U.S. every couple of days,” said C.J. Johnson, a Built Environments Specialist in the Department of Health.

“But because it’s defused because it’s not one mass casualty incident but instead a lot of small ones, we just tend to think of us it as the cost of doing business,” Johnson added.

In Hawaii, that “cost” is about 100 lives lost each year in traffic incidents. The latest included a mother and her daughter killed in Nanakuli, killed by a suspected drunk driver Saturday night.

These tragedies are often followed by public pleas for safer driving and police crackdowns on driving violations.

But the health department now says it’s much more effective to make physical changes — such as the raised crosswalks, bike lanes that create buffer zones for pedestrians, narrower driving lanes and roundabouts.

“These solutions work for the same reason that people reflexively don’t like them, which is they make people slow down and pay more attention,” he said.

That’s the other key: paying attention.

It’s the reason Walk Wise Hawaii has been pushing for more than a decade to get people to reduce distractions.

“The number one reason for a pedestrian crash is inattentive behavior on the point of the driver or the pedestrians who are just not paying attention to each other,” said Walk Wise Hawaii’s Lance Rae.

Rae praised the physical changes aimed at increasing safety, but added, “No matter what the infrastructure is there, there’s no invisible force field that’s going to prevent a driver that’s not paying attention to enter that crosswalk when I’m in it.”

Of course, police aren’t about to stop writing tickets. Jaywalking carries a $130 fine. Speeding can cost you more than $200. And using a mobile phone while driving carries a $250 fine.

While that pads Hawaii’s general fund, Johnson said decades of deaths show it’s not the best way to save lives.

“We’re going to be better at doing that with environmental changes than we are with enforcement,” said Johnson. “Enforcement is ultimately a way to monetize a problem you’re not solving, rather than solving a problem, generally.”