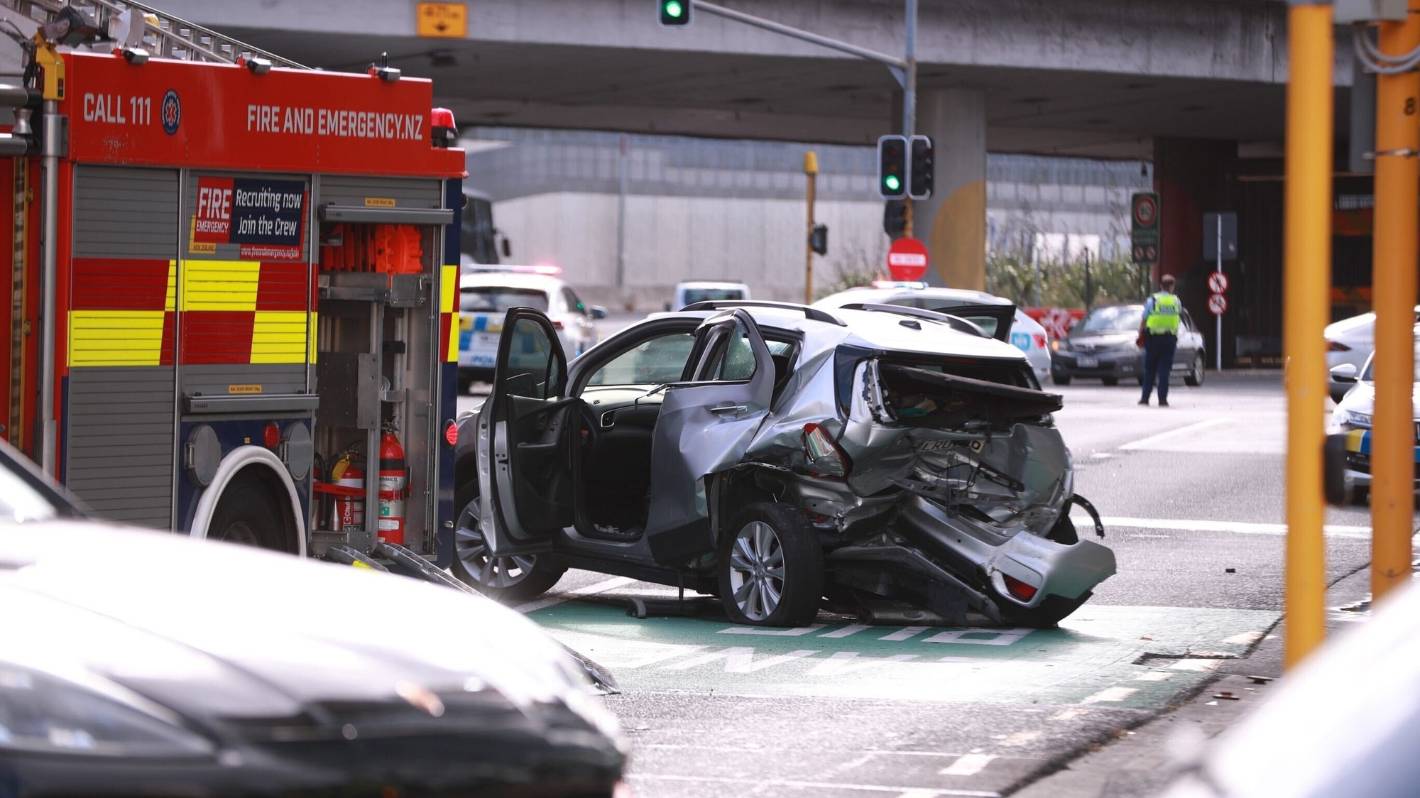 A crash has occurred between a bus and a number of cars on Fanshawe St in central Auckland.

A man had to be cut from a car after a crash involving two vehicles on Fanshawe St, just off the SH1 motorway off-ramp.

Two men were taken to hospital and the intersection, beside the Air NZ building, was closed for about an hour during the evening rush hour.

A FENZ spokesman confirmed there has been a motor vehicle crash on Fanshawe St involving a “couple of vehicles”.

The spokesman said one person was trapped, and fire services worked to release them.

Emergency services were called to a crash involving two vehicles on Fanshawe St at 5.20pm, a police spokesman said.

“Police and ambulance are currently responding, and initial indications are that two people are injured,” he said.

Brayen Blackstone had been riding his Beam scooter across the road when he was alerted to the incident by the sound of a loud crash and a “huge puff” of smoke.

“I saw one guy swerving out of the way with a completely destroyed bumper, and another car hitting the post, so I ran over to try and help them,” he said.

Blackstone said he tried to aid one of the occupants, an elderly man, out of the car, but was unable to as the seat wouldn’t recline.

“So we pulled the seat back a bit and tried to give him some support until the medical team came in.”

A Stuff photographer at the scene said the occupant of the vehicle with damage to the rear was taken to hospital.

The occupant of the car with damage to the front was cut from the vehicle by fire crews and was taken to hospital.

Some kind of fluid – possibly engine oil – was leaking from this car and fire crews had thrown dirt over it.

Diversions are in place close to the Fanshawe St off-ramp and motorists are advised to expect delays, or avoid the area if possible.