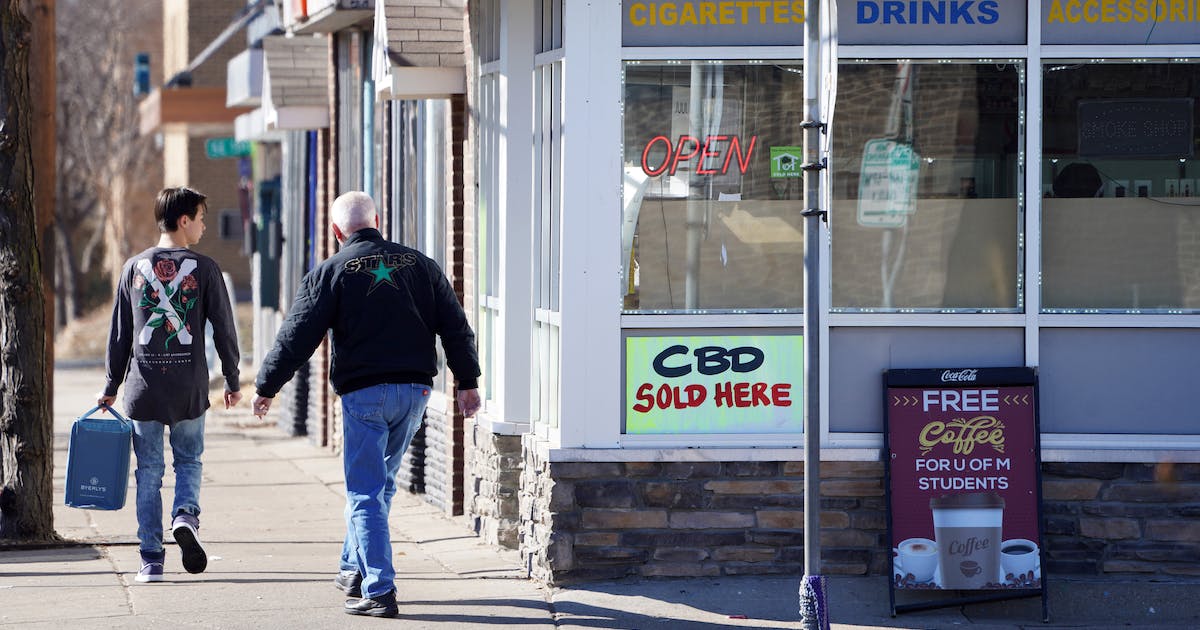 A showdown over the future of Minnesota’s CBD industry is shaping up for legislators to sort out early next year.

The Minnesota Board of Pharmacy says many CBD products sold in the state are illegal, and it wants the Legislature to change the state’s approach to the marketing and sale of the popular hemp products.

But the state’s fast-growing cannabis industry sees a new threat rising after already confronting stepped-up enforcement by the state Department of Agriculture.

“We got a cease-and-desist notice on Nov. 15 for all CBD edibles — about 38% of our business,” said Jeff Brinkman, president of Austin, Minn.-based Superior Cannabis, which also has a location in Duluth. “We’re on our second month of plummeting profits.”

Cannabidiol, or CBD, has been marketed as a remedy for anxiety, sore muscles and much more and grew to a $1.3 billion business in North America last year, according to Fortune Business Insights.

In 2019 the Minnesota Legislature passed a law that says non-food products “containing nonintoxicating cannabinoids,” such as CBD, “may be sold for human or animal consumption.”

But the pharmacy board wrote in a Dec. 8 report that “the sale of products that contain cannabinoids or tetrahydrocannabinols (THC), extracted or indirectly derived from any type of cannabis plant, remains illegal under federal and Minnesota state law, with certain exceptions.”

The Department of Agriculture on Thursday said in a statement that it is “actively working to inform retailers and responding to complaints.”

Cody Wiberg, executive director of the Minnesota Board of Pharmacy, said a recent Minnesota Court of Appeals decision throws into question the legality of all products containing CBD and wants the Legislature to act in order to keep some products legal.

“We’ve actually been trying to make some of these products legal at the state level, even though they are illegal under federal law,” he said Thursday. “We just want to make sure there are protections and standards in place.”

The federal Food and Drug Administration says that CBD products can’t be sold as dietary supplements or food, but it has no firm answer on whether CBD sales are entirely illegal. “It depends, among other things, on the intended use of the product and how it is labeled and marketed,” the agency says.

The FDA to date has approved one drug using CBD. It is used to treat epilepsy.

The pharmacy board is working with the Minnesota Departments of Agriculture, Health, and Public Safety to refine hemp regulations. It drafted a bill for the Legislature to take up next year.

The industry has been shaken by what one attorney called a “crackdown” by state agencies.

“I’ve had CBD retailers calling me in tears because they’ve built their lives around this, and now they’re pulling the rug out,” said attorney Jason Tarasek, founder of Minnesota Cannabis Law. “We’re also pushing legislation to fix this, and we are considering proactive litigation to remedy some of these interpretation problems.”

The Minnesota Cannabis Association said it is “considering options to save Minnesota farmers and Minnesota businesses that sell CBD/hemp derived products.”

“Eighty-five percent of products on the shelves will have to be pulled,” wrote association board member Steven Brown, owner of Nothing But Hemp. “This affects so many businesses. So many families. Our business will probably have to shut down in Minnesota if we don’t turn this around.”

The pharmacy board also wants to ban delta-8 and delta-10 THC, intoxicating hemp-derived compounds that have been flying off shelves in smoke shops and CBD stores in states that have not legalized recreational marijuana.

“Delta-8 THC products are not approved for use in food and beverage products and should not be sold in Minnesota,” the state Department of Agriculture said. But its website maintains delta-8 THC “is not illegal to sell in Minnesota.”

The pharmacy board believes delta-8 is illegal under state law because it is “indirectly derived” from hemp rather than “extracted” from it. A chemical process is required to produce enough delta-8 THC needed for users to get a high similar to traditional THC.

Several states have already outlawed delta-8 and other hemp-derived THC varieties, including Iowa and North Dakota.

Pharmacy board staff recommended changing the law to prevent “the continued sale of intoxicating tetrahydrocannabinols that are indirectly derived from hemp — at least until legislation is passed that creates a better, comprehensive regulatory framework for the handling of cannabis sativa and all of the products derived from it.”