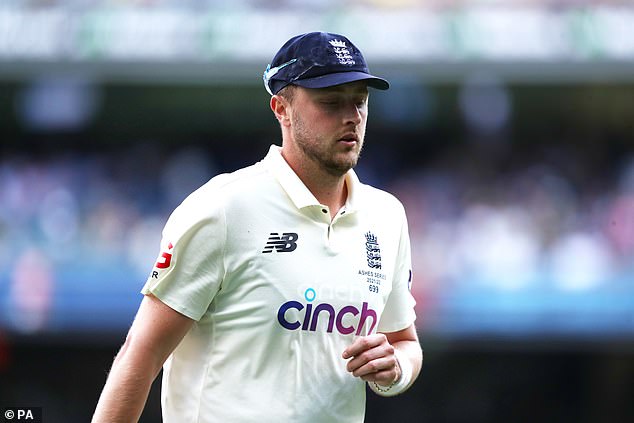 Injury-prone Ollie Robinson will NOT be given new fitness targets, despite failing to play in the West Indies due to an ongoing back problem

By Richard Gibson for the Daily Mail

Ollie Robinson will not be subjected to any additional fitness targets by England despite failing to appear on the Test tour of the Caribbean.

Robinson was the man selected to spearhead a new-look attack in the absence of Jimmy Anderson and Stuart Broad but failed to recover fully from a back spasm in the warm-up fixture in Antigua, raising further doubts about his long-term suitability for the role.

Two months ago, England bowling coach Jon Lewis publicly warned the Sussex seamer that he needed to become more physically robust after Robinson followed the ransacking of Australia’s top order in the floodlit Ashes Test at Hobart by hobbling off with a back issue. 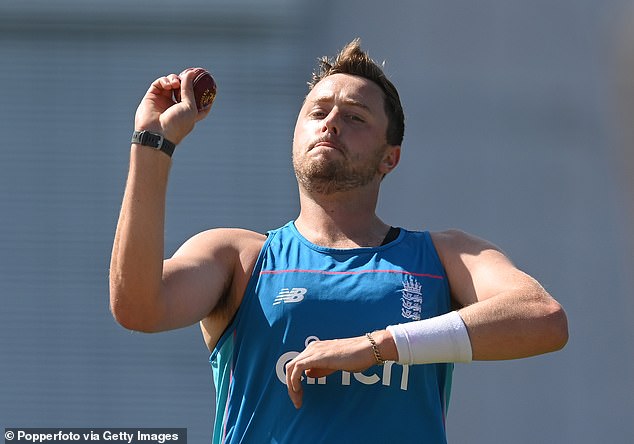 However, the seam bowler will not be set any additional fitness targets moving forward

Despite another no-show this week, though, the medical team view the situation as simply unfortunate.

Robinson met all the pre-tour fitness requirements before the spasm in the opening days of the trip and England believed he was on track to take the new ball again until a setback last week, after netting successfully during the second Test in Barbados.

His post-tour challenge will be to stay fit consistently. Those who have worked with him at Sussex argue he has done so for years but fears that it is the step up in intensity to international cricket that puts him under strain will spill over into the home summer, which starts with a Lord’s Test against New Zealand in the first week of June. 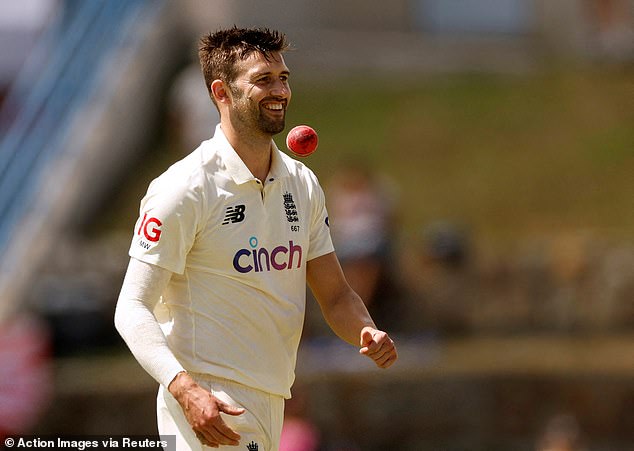 Meanwhile, Mark Wood has had surgery on the right elbow injury he sustained during the drawn first Test against West Indies.

‘He will now commence rehabilitation with the ECB and Durham,’ the ECB added. ‘A date for his return to play will be established in due course.’