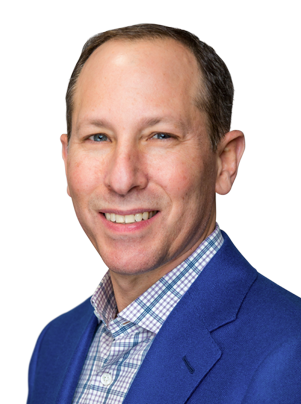 Jason Gorevic has been CEO of Teladoc Health ($TDOC) since 2009

As the usage of telehealth took off, so did the company’s stock, which was trading above $290 per share in February 202. But the share price has fallen sharply since. The stock closed at $66.71 on Friday.

In a recent interview with Managed Healthcare Executive® Managing Editor Peter Wehrwein, Gorevic discussed a wide range of issues. In this third and final segment of the interview, Wehrwein and Gorevic discuss Teladoc as a competitor to primary care physicians, healthcare systems and CVS.

This transcript has been edited for clarity.

We have waitlists of physicians who want to participate with us. Some of that is because a lot of physicians, as you know and it is well documented, become burnt out in the traditional delivery model, in the physical setting, especially after the last two years of being sort of armored with PPE.

We also integrate with the physical delivery system, because we recognize that there is a limitation to what can be done virtually and, at some point, a large portion of the population needs to be seen in person. And so we want to help get the consumer to the right physician the first time, who can deliver the most efficient care. Really, we want to act as a concierge, to help them get the appointment, get registered, and get into to that physician as quickly as possible.

I’ve heard and read things that suggest that CVS and Walgreens also want to create these relationships. In the case of CVS, some sort of hybrid of telehealth and using their MinuteClinics and HealthHUBs. Do you see them as competitors?

We’ve worked with Aetna since 2010, I think it is, and CVS. Rolled out our virtual primary care program, Primary Care 360, with Aetna at the beginning of this year, specifically focused on their national accounts. We had a very significant uptake of that product. And so we feel very good about that relationship. It’s one of our largest clients and has been for years. I know a lot of that team personally. I think we will continue to work with them for many years to come.

And what about healthcare systems? Again, you seem to be wanting to insert yourself into the provider side of the street. And if I was one of these big healthcare systems, and I count on having a relationship and referrals into my hospital through primary care physicians, some practices may be which I just recently purchased, I would see what you’re doing as being against my interest.

We have a large part of our business that provides technology and services to hospital systems, so that they can deliver virtual care to their patient populations. We want them to be able to take advantage of our expertise and our platform. And in many cases, we wrap our physician network around them to take patient requests, after hours, nights, weekends, or to increase their capacity.

And our relationship with Microsoft, which was announced about six months ago, is really an example of where we build our technology into the Microsoft workflow, things like Microsoft Teams, such that the hospital system can make those capabilities available to their physicians, in a way that is really seamless to their workflow, integrates with their scheduling applications, and things like that.

We actually find that hospitals appreciate the opportunity to take advantage of a purpose-built solution that is truly for the delivery of virtual care as opposed to sort of a generic video widget or something that is an EMR-focused widget that that is an add-on to their EMR, which most physicians don’t like to begin with.

You’re creating these fuller set of services, and you’ve referenced a more longitudinal relationship with patients, is this changing your employment model with providers? Can you discuss whether you are hiring people full time who you expect to have continual relationships with as opposed to your prior personality as being sort of a urgent care company.

We’ve been delivering longitudinal care for many years now. Mental health was really the first example of that, where a consumer has a relationship with a therapist and potentially a psychiatrist over a long period of time. It’s consistent with the same professional because obviously that’s very important for the therapy relationship as well as a psychiatric relationship.

And the same is true for Primary 360. With Primary 360, you have a care team who you have a longitudinal relationship with, it’s the same physician who’s at the core of that care team and may have multiple other providers included in it.

As we move to more of that service model and and higher volume of that we are increasing the number of employed physicians we have on our roster.

It will always be a mix of employed and independent contractors, in order to make sure that we’re matching the capabilities with the needs of the consumer and having capacity for surges in volume in a way that is economically viable and provides the most value for our clients.

Are you in discussions, or have you contemplated in some fashion or another, building relationships with PBMs or specialty pharmacies, who are also trying to work with patients on issues like adherence and where some of them I think, even have gotten into a little bit of telehealth?

We’ve historically worked with PBMs quite a bit, mostly as a distribution channel into the employer market. But we constantly look to partner with our clients on taking advantage of the respective capabilities to deliver better care for the consumer. I think you’ll see us lean into areas that can provide value virtually, like medication optimization and making sure that consumers are adherent with their care plans and that, of course, includes the pharmaceuticals that they’re on.

As you know, the public health emergency led to some waivers of some telehealth restrictions. Is there any particular rule or regulation or a piece of legislation that you see as being sort of instrumental to what you’re trying to do in terms of growing this complete set of services? Anything that you that is sort of critical that maybe you are talking to congress people about?