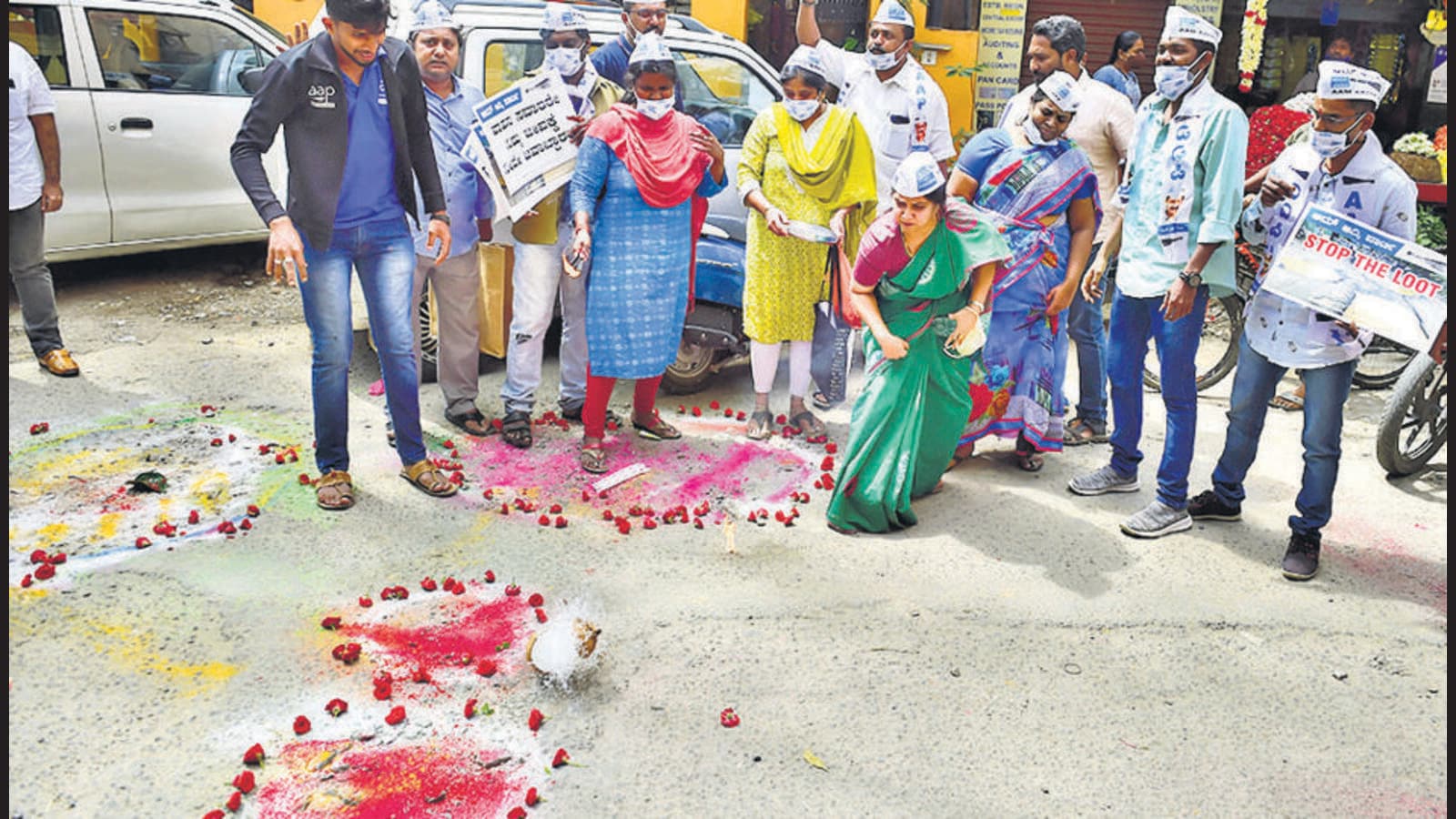 The Karnataka high court on Wednesday ordered the Bruhat Bengaluru Mahanagara Palike (BBMP) to fix potholes at the Central Business District (CBD) inside 15 days after it was informed about a 27-year-old man who died on Sunday. It also ordered the civic body to conduct a three-day survey of the potholes.

A Haveri-based techie, Ashwin K Jodige died in a tragic accident by falling into a pothole on a Sunday night while returning home from his friend’s house. Ashwin was the only son and breadwinner of his family. He is survived by his mother. Police say they are conducting a detailed enquiry and will take suitable action.

It also asked the BBMP Chief Commissioner Gaurav Gupta to provide a report on potholes in the city. “We demand that potholes in the CBD area be repaired as quickly as possible. The roads must be repaired within 15 days of the incident. We order respondents to survey all existing roads in the area within three days,” the court said.

The BBMP’s counsel told the court that development projects undertaken by various agencies had deteriorated the condition of the roads. He asked the court to permit the BBMP to include those agencies as parties in the proceedings. The court granted permission to include agencies/bodies as required parties, as well as the American Road Technology and Pvt Ltd agency, which operates the Python machine. As a result, the court permitted the consul to file the necessary application outlining the agencies to be impleaded as respondents in the PIL. The hearing has been rescheduled for April 5.

The court was informed of the latest incident while hearing a 2015 petition filed by one Vijayan Menon and others, which sought a series of directives, including one requiring the BBMP to submit an action taken report on repairing killer potholes and establishing a mechanism for citizens to file complaints about poor street conditions.

The latest victim of pothole-related deaths was visiting his friend’s house on Sunday and was fatally injured on his way back home after he fell into a pothole dug by BBMP and Bangalore Water Supply and Sewerage Board (BWSSB).

According to the traffic police, there were no caution signs or barricades around the pothole. However, it is also being said that Ashwin was not wearing a helmet when the accident occurred.

He was immediately rushed to a private hospital where he succumbed to his injuries soon after.

The tragic incident has left Ashwin’s friends outraged over the continued neglect of the water board and the BBMP.

The victim’s body has been sent for post-mortem to ascertain whether alcohol was involved while driving. The Yelahanka Traffic Police have registered a complaint about this incident.