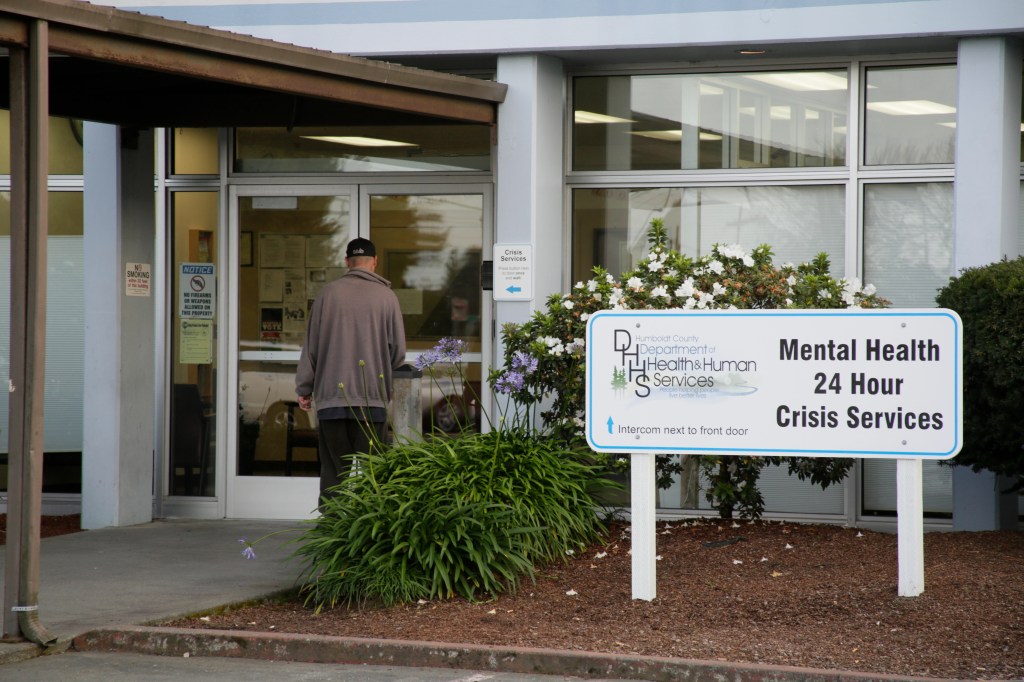 Times are tough and it’s taking a toll on a lot of people’s mental health, but it’s unclear if help is on the way.

“Mental health is a massive challenge in the community now,” Pam Floyd, spokesperson for Mad River Hospital, told The Times-Standard. “We have a lot more patients coming in with mental health challenges.”

Humboldt County had limited mental health resources before the COVID-19 pandemic, which have only grown leaner since. That’s causing the resources that are available to become further strained. While Providence St. Joseph Health didn’t have specific numbers, Mad River Hospital reported seeing a 200% increase in mental health visits compared to two years ago.

In particular, Floyd said, “We’ve never seen this many young adults, between 12 and 18, coming in with mental health challenges.”

Before the pandemic, people experiencing a mental health crisis would be referred to Sempervirens Psychiatric Health Facility, the only place that provides inpatient psychiatric treatment in Humboldt County and the North Coast region.

But Sempervirens only has 16 beds for adults and four beds in its crisis stabilization unit. There are no psychiatric beds for children north of Marin County.

Sempervirens had to reduce its capacity in order to properly isolate people, putting more of a load on the emergency departments. The departments already saw a jump in mental health patients when the pandemic started because they needed to get a medical clearance, including a COVID test.

Since then, Maddux said the length of stay jumped from a few hours to a few days.

“It’s also increased the need to transfer those patients out of the area more,” he said.

Sempervirens, itself, is housed in an older, frequently crowded building that a 2020 Humboldt County Civil Grand Jury Report found wasn’t conducive to restoring a person’s mental health. The facility was frequently at or above capacity.

Maddux echoed the grand jury report. The thing the county needs most, he said, is a new psychiatric facility with expanded capacity.

It’s unclear if and when a new inpatient psychiatric facility may become a reality. The state is approaching the mental health crisis from a different direction.

On Thursday, Gov. Gavin Newsom announced the state will be trying to help people with severe mental health challenges stay out of the criminal justice system and get the help they need. The Humboldt County Sheriff’s Office and county Department of Health and Human Services also announced they received $430,000 to hire six new staff that will help deputies respond to calls. The six positions include two clinicians, two case managers and two peer coaches.

“The idea is the peer coach and case manager can do some follow up and linking to services if needed, whereas the clinician will do more crisis intervention,” Behavioral Health Senior Program Manager Kelly Johnson said in a statement. “The Behavioral Health team will be available to accompany any law enforcement officer who is working in the Sheriff’s Office.”

Hiring new staff may prove to be challenging. Jeremy Nilsen, deputy branch director for Humboldt County Behavioral Health, told The Times-Standard that hiring and retaining new people is a challenge, not just in the county, but across the country because of the Great Resignation.

The county is actively recruiting for vacant positions and seeking out additional grant funding to ensure services are maintained, but Nilsen said hiring “is definitely a big issue these days.”