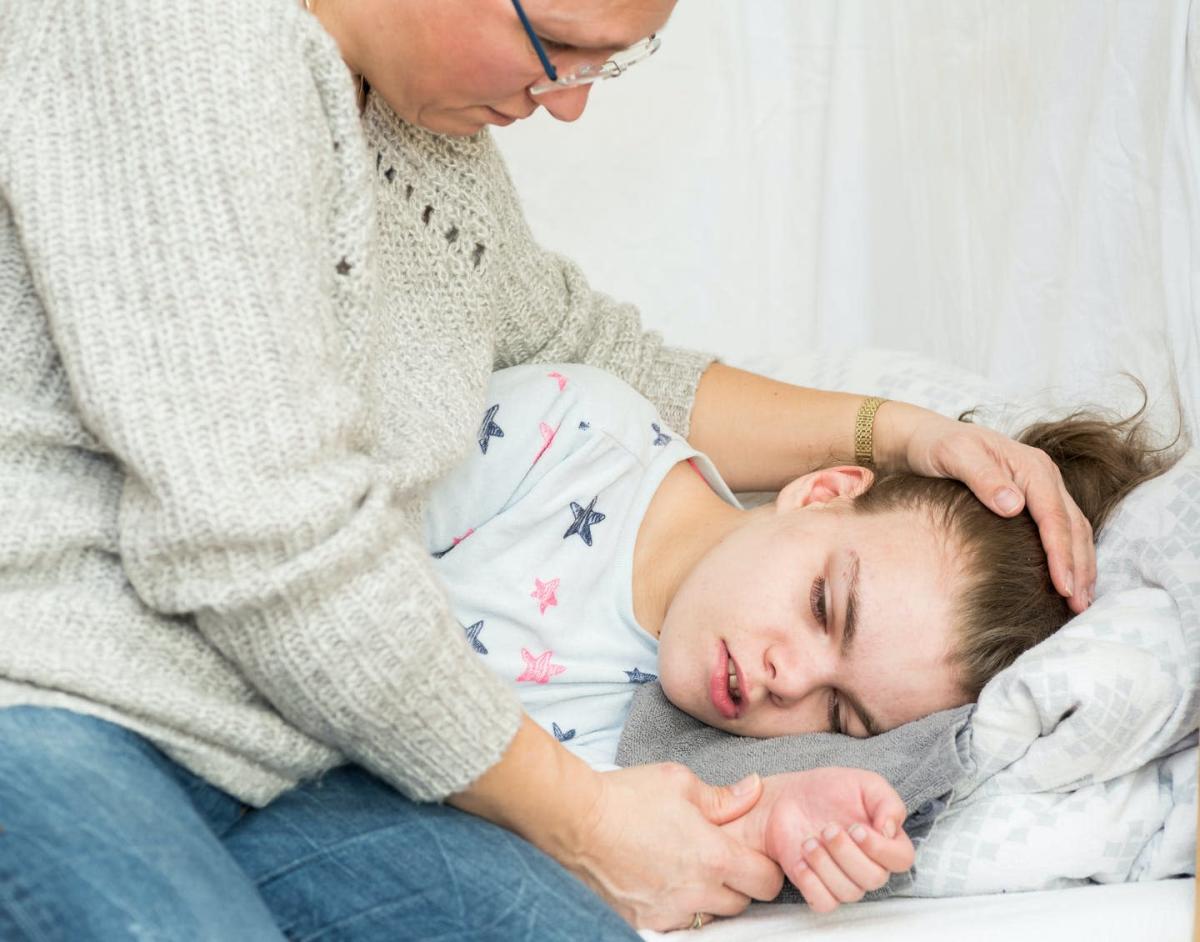 It can start with a vacant stare, what appear to be muscle twitches or a full-blown seizure. But no matter how it begins, any time a child is diagnosed with epilepsy is often a frightening time for families.

About 470,000 children are living with epilepsy in the U.S. While there are over a dozen anti-seizure medications that can be prescribed, approximately 30% of children don’t respond. These children have what medical professionals call intractable, or uncontrollable, epilepsy.

As a postdoctoral scholar in the lab of Chris Dulla at the Sackler School of Graduate Biomedical Sciences at Tufts University, I focus on researching a form of epilepsy called infantile spasms. These spasms in infants can develop into intractable epilepsy and other more severe forms if the seizures are not stopped.

Recently, promising advances have been made in the field of epilepsy treatment with the development of cannabidiol-derived drugs and the rise of genetic testing. I believe these advances are paving the way to provide treatment options for children with intractable epilepsy.

What is childhood epilepsy?

Epilepsy is usually diagnosed when a person has two or more seizures, greater than 24 hours apart. Medically, a seizure is defined as when abnormal electrical activity occurs in the brain but to an average person it sometimes can be difficult to detect. It might look like a blank stare, or in the case of infantile spasms, muscle twitching. Other times it might be easy to spot because the individual may collapse and shake.

Epilepsy can be genetic; there are over 500 genes that have been associated with the disorder.

The most common type of childhood epilepsy, juvenile myoclonic epilepsy (JME), tends to be inherited from family members but at least 50% of individuals with JME do not have mutations in genes associated with epilepsy. This makes JME hard to treat, because without a mutation to help guide treatment options, doctors may have to test multiple medications before finding one that stops the seizures. JME can also be intractable.

Epilepsy can also be caused by traumatic brain injury, infection, fevers and autoimmune disease, known as acquired epilepsy. In about 30% of all people, a cause for epilepsy cannot be identified.

Intractable epilepsy is particularly vexing for researchers and families. It is diagnosed after a physician has usually tried multiple anti-seizure drugs (ASD) without success. Sometimes, ASDs can decrease seizure frequency, but not completely stop them from occurring. In these cases, children still might be prescribed medication as well as alternative treatment options.

How Do We Treat Epilepsy?

In childhood epilepsy, it is especially important to diagnose and stop seizures as soon as possible because their severity can worsen over time and cause developmental delays.

Many ASDs act by decreasing the excitability in the brain. But some individuals can become tolerant to their ASDs over time, making the drugs ineffective. The exact reasons for this remain unclear. Severe side effects can also include mood swings, irritability, vision impairment and sleepiness.

Many ASDs also have to be taken multiple times a day. In children, this can make it difficult to stick to a treatment because it becomes disruptive to daily life.

Yet there is hope for children whose drugs stop working, or who have intractable epilepsy.

One increasingly prescribed therapy is the ketogenic diet. This is a medically prescribed, strict, high-fat diet that is an alternative treatment for children with intractable epilepsy. Researchers do not know exactly why the ketogenic diet stops seizures. It is thought that eating a 4:1 ratio of fat to carbohydrate forces the body to burn molecules called ketones for energy instead of carbohydrates. While this diet is effective, food preparation is very time-consuming and children may not stick to it because they cannot enjoy many popular snack foods.

Advances in genetic testing technology have allowed for more genetic mutations to be identified in children with epilepsy. This can enable doctors to select ASDs that target specific mutations. Genetic screens could also identify previously undiscovered mutations associated with epilepsy and help lead to new drug development.

Recently, the use of CBD derivatives has gained popularity as a treatment for intractable epilepsy. These CBD products are derived from hemp plants and do not contain psychoactive compounds. They have been shown to be effective in reducing seizures but it was not until last year that the Food and Drug Administration approved a CBD drug for childhood epilepsy, called Epidiolex. While the exact mechanism of action for CBD is unknown, it is thought to generally increase inhibition of brain cell activity to stop seizures.

Epidiolex has less severe side effects compared to current ASDs and is effective in reducing seizures in two types of intractable epilepsy. A 2019 study also showed that H2CBD, a similar drug, is able to reduce seizures with the same efficacy as CBD. This study, however, was only done on rats and much more research is needed before it is known if it will work on children with intractable epilepsy.

In 2019, the FDA approved a new form of a previously approved ASD. Midazolam was already approved for use in adults in pill form but is now available as a nasal spray for adolescents. It treats seizure clusters, which is a seizure emergency that can occur in children with intractable epilepsy. This is the first new medication that has been approved for this disorder in the United States in over 20 years.

[Understand new developments in science, health and technology, each week. Subscribe to The Conversation’s science newsletter.]

It has been over 100 years since the first ASD was developed, and there is much more that needs to be done in treating and curing juvenile epilepsy. Some children can grow out of their medication, but others may need to take medications for their entire lives.

However, with the increased use of genetic screens and the approval of new drugs, like Epidiolex, there is hope that one day we can stop seizures and cure childhood epilepsy.

This article is republished from The Conversation, a nonprofit news site dedicated to sharing ideas from academic experts. It was written by: Isabel Derera, Tufts University.

Isabel Derera does not work for, consult, own shares in or receive funding from any company or organization that would benefit from this article, and has disclosed no relevant affiliations beyond their academic appointment.