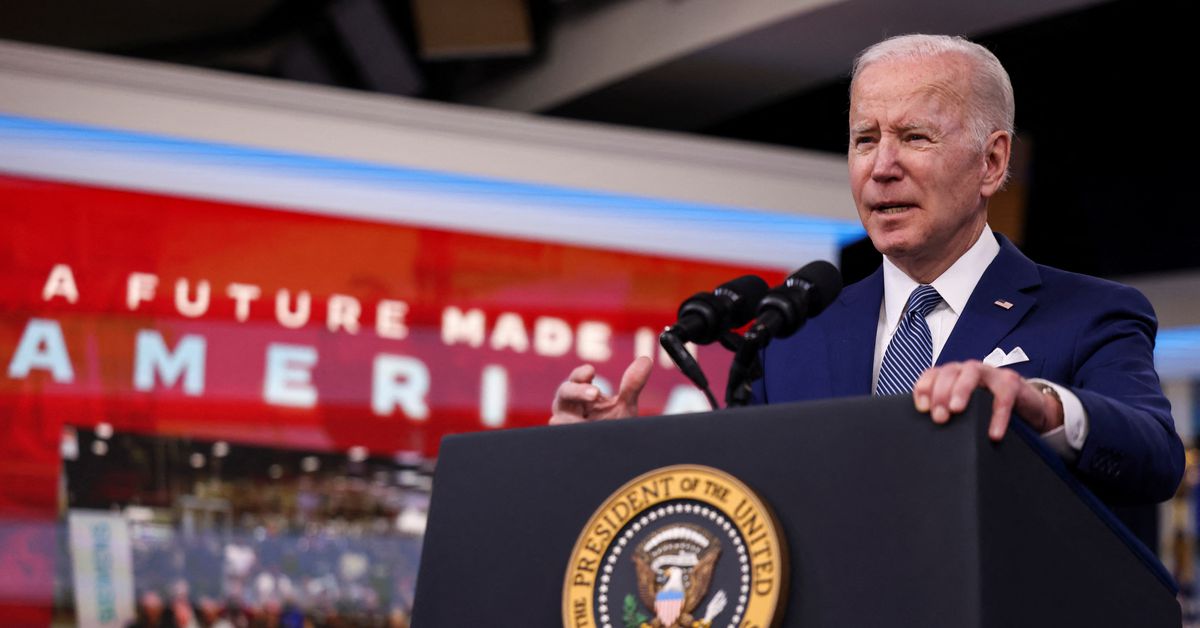 WASHINGTON, March 8 (Reuters) – President Joe Biden travels to Texas on Tuesday to highlight the exposure of U.S. service members to toxins in war zones that can later result in serious health problems, like the cancer that killed his son and for which he blames Iraqi burn pits.

Accompanied by Secretary of Veterans Affairs Denis McDonough, Biden will visit a clinic for veterans in Fort Worth and receive a briefing from staff on services for veterans and challenges they face, the White House said.

He will deliver remarks on the administration’s efforts to address the problem, including a proposed rule to consider adding certain rare cancers to the list of those presumed to be connected to military service. He also will urge Congress to help veterans facing those difficulties.

One such veteran “was stationed at bases and breathing in toxic smoke from ‘burn pits’ that incinerated wastes of war —medical and hazard material, jet fuel, and more,” Biden said in his State of the Union address earlier this month, referencing his late son Major Beau Biden.

“We don’t know for sure if a burn pit was the cause of his brain cancer, or the diseases of so many of our troops. But I’m committed to finding out everything we can,” the president said.

It is not the only effort inspired by Beau’s illness. In February, Biden announced plans to reduce the death rate from cancer by at least 50% over the next 25 years, part of an effort to revive the “Cancer Moonshot” initiative to speed research and make more treatments available.