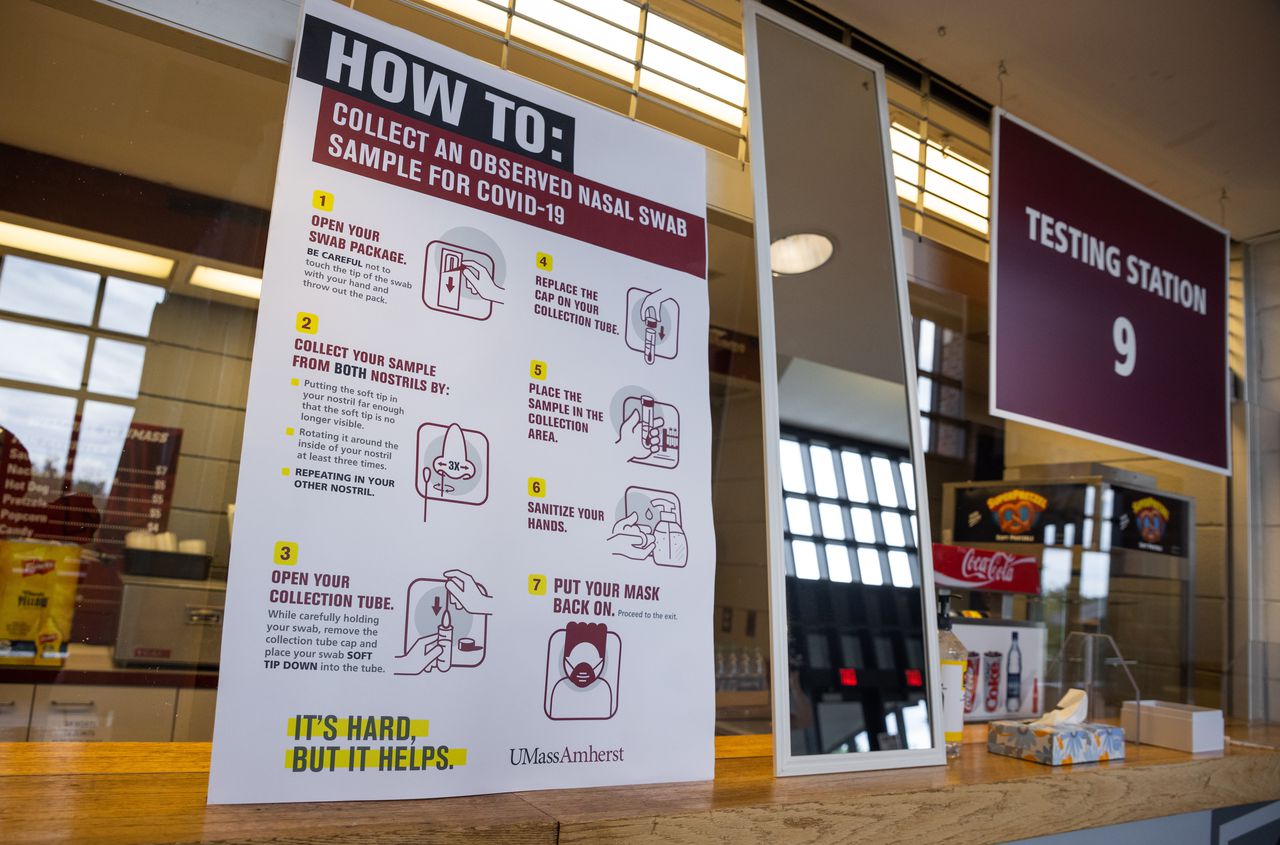 A COVID-19 testing site at the University of Massachusetts Amherst will close to local community members next week after conducting nearly 100,000 tests in the last three months.

Amid significantly lower demand than during the peak of the winter COVID wave, state officials are downsizing the Stop the Spread testing program, which has set up community testing sites across Massachusetts. The Amherst location on the UMass campus will serve area residents until March 31, after which it will be open only to UMass students, staff and members of their households, the university said.

“This has been a huge public health gift to our region, our community and our commonwealth,” said state Rep. Mindy Domb, whose district includes Amherst. “The UMass site seized every opportunity to improve [and] increase access for all members of our community.”

The testing site opened in December and has since performed more than 95,000 tests on Amherst-area residents, UMass said in a statement.

COVID cases in Massachusetts are significantly lower than two months ago, when they reached pandemic highs. But in the last week, the number of new COVID cases in the state ticked back up following nine weeks of cases falling.

The university first opened an asymptomatic community COVID testing center in December 2020 with the support of a $5 million state grant. The free testing program aimed to bolster testing in Hampshire County but was open to any resident of Massachusetts, school officials said at the time.

“I want to thank UMass for all they did for the community these last few years. They literally saved lives,” state Rep. Lindsay Sabadosa, who represents Northampton and other neighboring towns, said Thursday.

Public health officials announced in early March that they had seen an 80% drop in demand at state COVID testing sites since the winter. As such the Baker Administration planned to close all but 11 of the state-sponsored testing clinics run through the Stop the Spread program.

The 11 sites that will remain open — based on “demonstrated need,” daily testing volume and geographic equity — accounted for just over 70% of all Stop the Spread testing volume from Jan. 20 through Feb. 16, the Executive Office of Health and Human Services said in a news release.

These sites will continue operating through at least May 15:

Meanwhile, there are still more than 450 testing locations throughout Massachusetts, including at local pharmacies such as CVS and Walgreens. To find testing sites, visit: https://www.mass.gov/covid-19-testing.