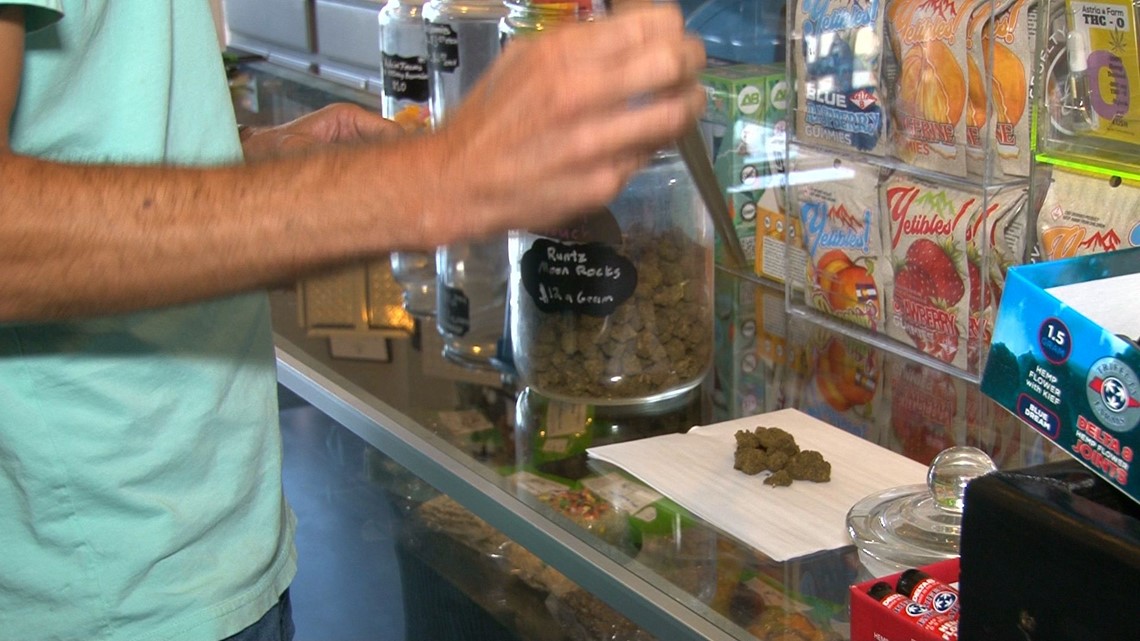 While these kinds of chemicals are derived from similar kinds of plants, they have many different effects.

KNOXVILLE, Tenn. — Cannabis has grabbed the attention of Tennesseans recently. A bill has been proposed that would directly ask voters their opinions on marijuana, listing those questions on 2022 election ballots.

However, as CBD stores open across the region and lawmakers continue discussing marijuana legalization, understanding the difference between types of cannabis is confusing. There are three major kinds people usually use in Tennessee: CBD, hemp and Delta-8. They are all kinds of cannabinoid acids.

Walk into a CBD store, and customers can be struck by how it can allegedly help the body. It stands for ‘cannabidiol’ and many people use it to reduce pain and anxiety. It can also be used in a variety of ways, such as eaten in gummies or administered sublingually as an oil.

Cannabidiol is extracted from cannabis, which can also contain THC — the psychoactive component in marijuana. However, CBD products do not contain the same kind of THC levels as marijuana, which makes them legal to use.

Hemp is a strain of cannabis plant that many CBD distributors extract cannabidiol from. It is grown legally in the U.S. and is usually used for industrial purposes, such as ropes, clothes and hemp seed oil. The THC levels of the plant are usually less than 0.3% concentration.

Delta-8 is another kind of cannabinoid acid often used recreationally in Tennessee. It can be found in gummies, syrups and vaporizers and has much less THC than marijuana. Its full name is “Delta-8 tetrahydrocannabinol” and is the same psychoactive substance found in Sativa strains of Cannabis plants.

According to the FDA, cannabis plants do not usually produce substantial amounts of Delta-8. So, most products are made from hemp-derived CBD which allows them to be sold in Tennessee.

It has psychoactive components similar to Delta-9 THC, which is responsible for marijuana’s psychoactive effects. However, they are not exactly the same. Delta-8 products also usually involve other kinds of chemicals to give them more potency, differentiating them from the traditional effects of marijuana.

The FDA said that people should make sure to keep Delta-8 products away from children and pets, after an increase in calls to poison control centers involving them.