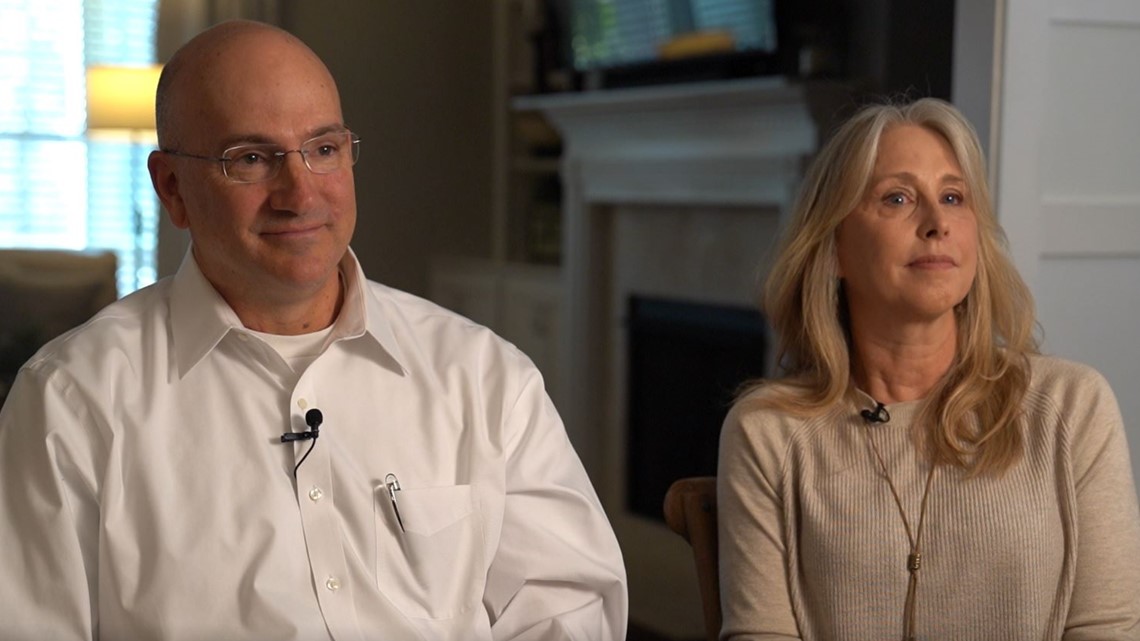 Todd Jones is a father and lawmaker. His family saw firsthand why the state needs to change Georgia’s mental health system.

ATLANTA — Most families who watched their child struggle with a mental illness have two things in common: tears and then resilience.

Tracey Jones embodied both as she stood before a House Health and Human Services Committee in February, speaking in support of HB 1013, a bill aimed at improving access to care in Georgia.

“I never imagined I would be standing here today advocating for the passage of a mental health bill,” Jones said, pausing to fight back tears. “I know there’s no other place I should be than right here for my son, Justin.”

Tracey never spoke before a legislative committee before but said this issue was too important not to get out of her comfort zone and speak out.

Tracey and her husband, Todd Jones, said they watched their spunky and sporty oldest son take on the world until his junior year in high school. That’s when the light in his vibrant eyes started to dim.

His parents recounted their son’s brilliance: 12 AP classes in high school and a brilliant debater. But after years in psychosis, he struggled to carry a casual conversation.

It was nearly five years after their son started behaving differently, that they finally got the diagnosis: Schizoaffective disorder. It would be another three years before he would be put on a treatment plan that allowed him to begin pulling his life back together.

“One of the side effects of schizoaffective is bad hygiene. I said, ‘Son, let’s go take a shower,’” Todd recalled.

Todd said his son replied, “Dad, I can’t. The razor blades are coming out of the showerhead.”

Personal experience with Georgia’s failing mental health system gave Todd the passion and purpose to speak as a father and lawmaker.

“Our challenge today should not be can we cure mental illness, can we cure substance abuse — rather, our challenge is can we at least start,” Todd asked his fellow lawmakers before voting on HB1013. “Can we give them a start here button?”

As a state representative, Todd worked with Rep. Mary Margaret Oliver to present the Mental Health Parity Act. This legislation at its core is a requirement that health insurers cover mental and medical treatment equally.

The bill defines medical necessity as the standard by which insurers are held accountable. Right now, insurance providers have been able to define the term, and Jones said he believes it’s time everyone operates by the same standard.

The bill also requires companies administering Medicaid that 85 cents of every dollar must be spent on patient care.

“We understand that there’s administrative costs. We’re not blind to that,” he said. “But we definitely don’t want 83 or 82 (cents being spent on patient care), which is where we’re at right now.”

The Reveal’s investigative reporter Rebecca Lindstrom asked if three cents on every dollar could really make that much of a difference.

“Oh yeah,” he said. “That extra three cents based on last year’s spend — comes close to a half a billion dollars.”

The Senate passed SB 342, a bill related to mental health parity, but it only relates to private insurance.

Jones and other supporters of the House version want to make sure Medicaid providers are held to the same standard and that reporting requirements are detailed enough to truly analyze compliance.

The 80-page bill tries to address the gaps in Georgia’s system in a variety of ways from parity to enhancing or creating new programs. The state’s budget office estimates to enact the entire list, will cost about $127 million.

One section addresses co-responder teams. That’s a police officer and mental health clinician working together to respond to certain 911 calls.

The Senate has already passed SB 403 endorsing the idea, now it’s up to the committee to resolve differences between the two bills.

The bill is now in a Senate subcommittee awaiting a vote before it can go to the floor for final approval.

THE CHALLENGE TO FINDING LONG-TERM CARE

The Joneses said they hope all of these changes, if passed, will give people like their son treatment earlier and longer. The family shared with The Reveal a list of all the places Justin received care.

That included four states with more than 30 visits to 20 different facilities.

The Joneses said in each case, the system was set up to stabilize the current crisis and let him go. Or, if longer care was available, it would let Justin go the moment he no longer wanted treatment.

As an adult, treatment is voluntary. Facilities can’t make him stay.

That’s been a challenge for the family considering their son lives with another diagnosis called anosognosia. That means Justin is unaware of his own mental condition.

“He doesn’t realize that he has the disease,” Tracey said. “It’s not denial. They don’t understand.”

As a result, their son ended up with a repeated cycle of short-term stabilization with no follow-through for a long-term solution.

“It’s almost like a community developer building one-tenth of every house,” Todd explained. “You may have poured the concrete on the house, but you never built the walls. You never put in the conduit. You never did anything to let someone live in that home. It’s no different.”

For periods of time, Justin was homeless. It happened mostly after he ran away from a treatment facility. Each time, his parents went looking.

“His hair had grown completely out,” Todd said. “Beard, nails were literally out to here — and he didn’t want our help. He pretty much was like, ‘if you can just find me a sandwich, I’ll be okay.’ Of course, we bought him a sandwich.”

Todd and Tracey said the only reason their son is stable now is because he broke the law. It sounds absurd especially when thinking about it in relation to another illness like cancer.

“We wouldn’t say, ‘we can’t give you the treatment you need for your stage-three breast cancer,'” Todd said. “But if you go and rob over there, we can get you into a facility.”

Under court order, Justin spent seven months in a state hospital. He couldn’t check himself out of treatment and was finally monitored long enough to get on the right medication.

Todd and Tracey know the old Justin is gone, and the tears aren’t over. But, the Mental Health Parity Act brings them hope.

Hope for Justin. Hope for Georgia.

Hope that Georgia’s broken mental health system will be fixed before it damages more of the families that depend on it.

#Keeping is an investigative series that exposes the gaps in Georgia’s mental health care system that cause thousands of children to be surrendered to state custody.

MORE FROM THE #KEEPING SERIES:
Georgia lawmakers promised to make mental health a priority. Did they?