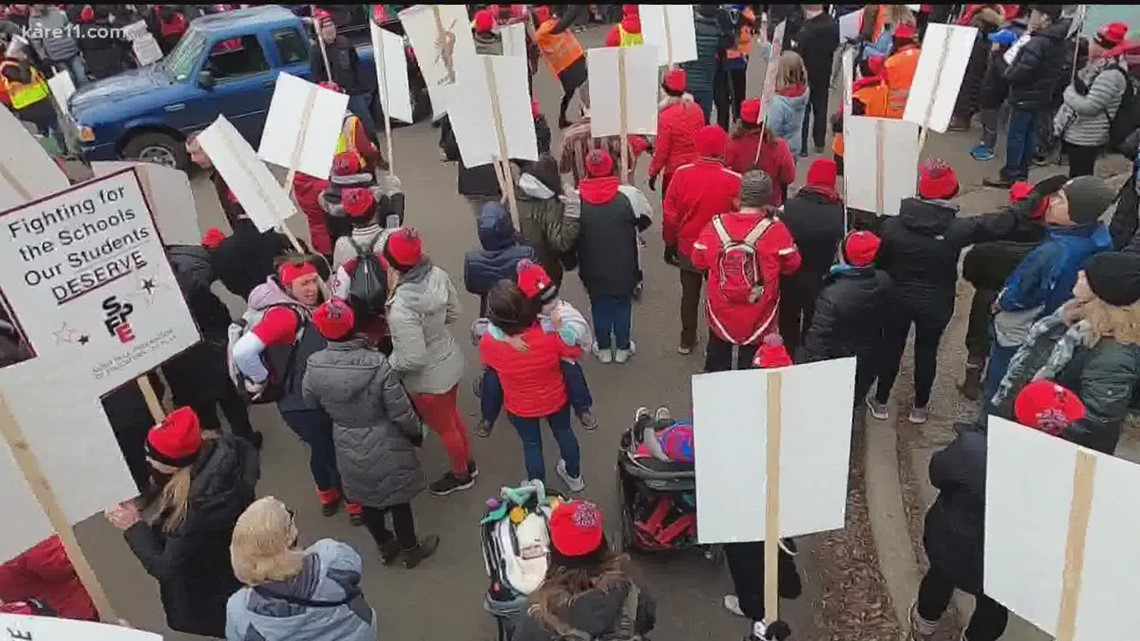 MINNEAPOLIS — Student mental health support is a topic that predates Twin Cities teacher strikes and the pandemic, but it’s more timely – and critical – than ever.

“It’s been a talking point for a long time and now it’s proving to be a sticking point in negotiations,” said Mara Klecker, a Star Tribune reporter covering Minneapolis Public Schools.

Klecker is part of a team of reporters who broke down how mental health supports factor into the strike negotiations in both districts. She said each union is arguing for something different.

In Minneapolis, where many counselors have a caseload of roughly 450 students, the teachers union is pushing to cut that nearly in half. The national average is one counselor for every 415 students, but the American School Counselor Association recommends a ratio of 1:250. In addition to aiming for that recommendation, Minneapolis teachers are also fighting for at least one counselor in every school.

Minneapolis Public Schools contends that it has already invested heavily in this area, just differently.

“In Minneapolis, that (investment) looked like a team at the district level to jump in if there was a crisis or add that extra support in schools that need it,” Klecker said. “But it’s not necessarily putting more mental health support staff in each individual school, which is what they’re asking for.”

Over in St. Paul, the ratio is much smaller. The district currently has one counselor for every 230 students, which is better than even the national recommendation. Though, Klecker points out that St Paul teachers fought for that ratio during their 2020 strike, and are worried about it being taken away.

“It seems like this year, the teachers union in St. Paul is fighting to keep the teams that were established in each school,” she said. “Teams of counselors, social workers, school psychologists, to really support student mental health on a school by school basis in each school.”

But both Minneapolis and St. Paul’s current ratios are far better than the state average. Across Minnesota, there was one counselor for every 592 students in 2020-2021, which ranks fourth worst in the country.

“There are some lawmakers at the state level kind of trying to tackle these issues with proposed bills,” Klecker said. “But a lot of the rural schools are saying we can’t take on ratios like this. Our needs are different than Minneapolis and St. Paul, our student body is different, our numbers are different, so any sort of universal ratio or mandate… some schools are saying that might limit their flexibility moving forward.”