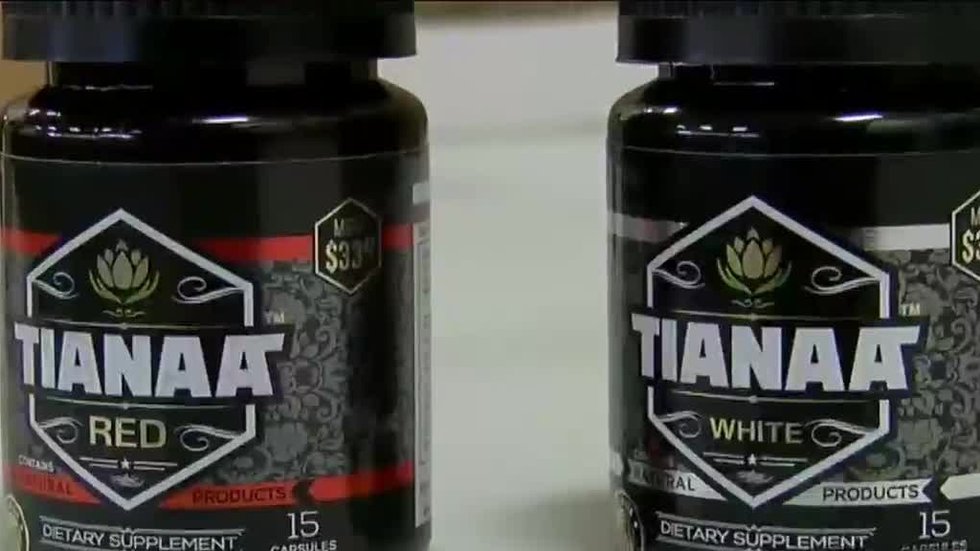 JACKSON, Miss. (WLBT) – It’s been described as “gas station heroin” – a drug that people of all ages can legally buy at the local convenience store.

And while only a handful of people in Mississippi have gotten sick from using the substance in recent years, state health leaders are sounding the alarm.

The drug, which is marketed to do everything from treat anxiety to help opioid addiction, is typically sold under names like ZaZa, Tianna, and Red Dawn.

And it’s legal in Mississippi.

“We’ve been seeing it probably the last five years, but a trickle,” said Dr. Daniel Edney, deputy state health officer. “Every once in a while, somebody would come in, you know, on ZaZa, ZaZa Red or Super T… And usually what’s happened is they were in the gas station. You’ve got the shelf that’s got kratom and ZaZa Red on it… and they may have heard enough about kratom that they want to stay away from it, but hey, this is something that is an antidepressant.”

“And the gas station guy says, ‘Yeah, it will help your pain or depression or whatever,’ so they’ll choose that and, as you know, in good addiction form, instead of taking one a day… they’re coming in taking three bottles a day.”

Since July 2020, the Mississippi Poison Control Center has received 11 tianeptine exposure-related calls, including 9 in 2020 and one so far this year, the HAN alert states.

Four people were hospitalized as a result of their exposure to the substance, with 36 percent of victims reporting chest pain or hypertension and 18 percent reporting diarrhea or vomiting.

Seventy-three percent of those calling in told poison officials they purchased the drug at a local gas station, the HAN states.

The drug has not been approved by the U.S. Food and Drug Administration.

“It was developed in France. It’s an atypical antidepressant. It does work. It heals anxiety, but so does heroin,” Edney said. “And it’s approved in the EU, but thankfully, it’s not over here. But it’s not illegal to sell it over here.”

“Except for in Alabama it is,” State Health Officer Thomas Dobbs said.

Lawmakers there passed legislation banning tianeptine in 2021, according to the Energy Institute of Alabama.

Edney urged people to avoid the substance, saying it could be especially hard on those with a predisposition to addiction and those with a history of opioid abuse.

“If you’re taking more than what should be recommended, then you’re going to be activating those new opioid agonists too much. And if you have the predisposition – the genetic disposition for addiction – that’s enough to activate you,” he said. “And people won’t stay on tianeptine… They’ll soon go on to pain pills or heroin and fentanyl.”

“And then, on the reverse side, we’re seeing people come in who are addicted to heroin or fentanyl and they’re trying to do withdrawal management, and it’s just not going to work.”

The HAN says the age range of cases reported to poison control is between the ages of 32 and 46 and predominately white men.

However, the drug is not off-limits to children, with gas station attendants usually left making the determination of who can and can’t purchase it.

“I have a problem with people with addiction and adults going through it… but children being able to walk in and buy these things is so scary,” said Dr. Jennifer Bryan, also with MSMA. “It is so scary.”

“And think of the toxicity. Just imagine if a medicine like Lexapro gave you a buzz, and you decide you’re going to start taking 30 Lexapro a day. Something’s going to happen,” Edney said. “That’s what’s going on with tianeptine.”