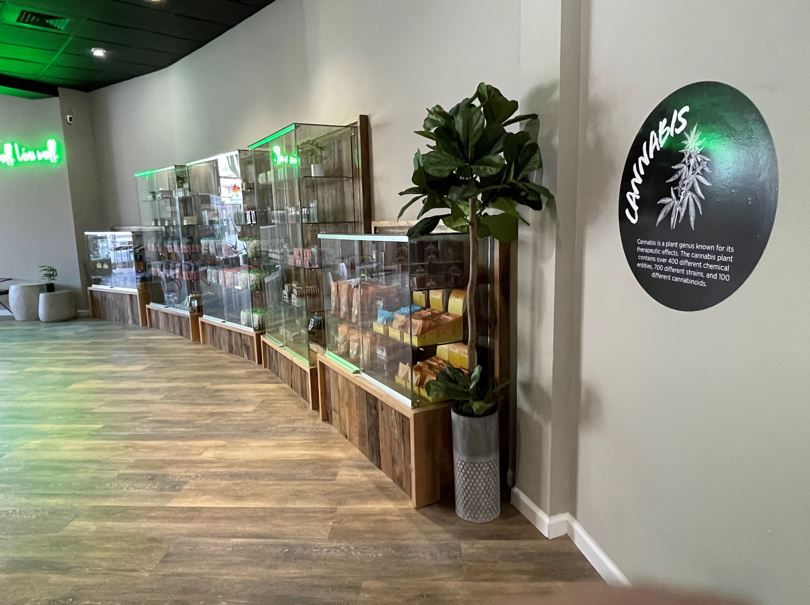 RADNOR — Two weeks after Radnor officials ordered a shop called CBD Kratom shut down for failure to get any building permits, township officials said they finally have the first set of plans on the work that was done to the building.

While the township staff is reviewing those building plans, the commissioners asked its health committee to look into any regulations the township could enact on selling products such as kratom.

The controversy erupted in Radnor in mid-February when the store, located in a former Starbucks coffee shop on Lancaster Avenue in Wayne, was ordered to shut down shortly after it opened up.

During a meeting of the commissioners a few days later, several residents packed into the meeting room to express their concerns over the store opening without those permits and the sale of Kratom.

Kratom has been described as a herbal extract from the leaves of an evergreen tree in Southeast Asia.

“Poison control centers in the United States received about 1,800 reports involving the use of kratom from 2011 through 2017, including reports of death. Nearly half of these exposures resulted in serious negative outcomes such as seizures and high blood pressure. Five of the seven infants who were reported to have been exposed to kratom went through withdrawal. kratom has been classified as possibly unsafe when taken orally,” according to an article published by the Mayo Clinic.

This week, officials from CBD Kratom offered reporters the opportunity to tour their Winfield store.

“We’re not like a GNC where you come in and take something off the shelf and think, ‘well, this might help me,’ Owens said. “All of our employees are trained to go through that process with you – to function as more of a partnership.”

When asked about reported overdose deaths in recent years, Owens said in most of those cases, the person had other drugs in their system.

“There have been a handful of deaths where Kratom came up in the lab tests, however in the majority of those cases, the individual also had other harder drugs in their system such as fentanyl or prescription drugs,” he added.
Although many residents have expressed concern over the sale of kratom, the immediate issue was over the lack of permits and building plans.

During a meeting this week of the Radnor Board of Commissioners, John Rice, solicitor for the township, said they received some of the information they needed to consider in the permitting process. The documents arrived at the township two weeks after the store was shut down.

According to Rice, the township is currently reviewing the submitted information to see if it is administratively complete.

Rice indicated that he was already anticipating the township’s answer.

“I can tell you; it’s not administratively complete,” he told the board and the public.

It won’t be known precisely what is needed until the review is complete.

Before the store opened and was shut down, township officials said the windows were covered, and whenever township employees stopped by, no one was around. Neither did anyone from CBD Kratom reach out to the township.

Ownes described what happened in Radnor as an administrative clerical oversite. They thought they complied with Delaware County but didn’t know they still had to comply with Radnor’s permitting process.

“It was nothing more than a mistake on our part,” he said.

The company has been in business for about six years and in the Philadelphia area for about one year. Their first store in the region was in Center City. The Media store opened last September and the Wynnefield store in January.

Ownes said they are working diligently to fix those permitting problems.

“We’re focused to show the community of Radnor, of Wayne, and really the greater Philadelphia area that we really want to be positive neighbors and that we are working diligently to fix any oversites,” he said.

Following Rice’s comments at the meeting this week, many of the commissioners weighed with their thoughts about the township’s ability to regulate the sale of Kratom.

“I think there needs to be strong regulation at the very least to make sure that these products that anyone who sells these products are held accountable and that we are doing our very best to protect our community,” Commissioner AnnaMarie Jones said.

Commissioner Jake Abel took a more rigid stand and thought there should have been something for them to vote on this week.

“I would take it even further, and we need to ban the sale of kratom and these other substances in the township,” Abel said. “I would have hoped that we would have had something prepared for this evening to vote on. I would really like to see something at our next meeting.”

Commissioner Lisa Borowski said whatever they do, it should stick.

“I don’t want to run off with a knee-jerk reaction of let’s ban it, and then that comes back to haunt us because it’s something that we can’t do or that somebody comes back and challenges it. I want us to have a well-thought-out strategy as to whatever we are going to do and then act on that,” Borowski said.