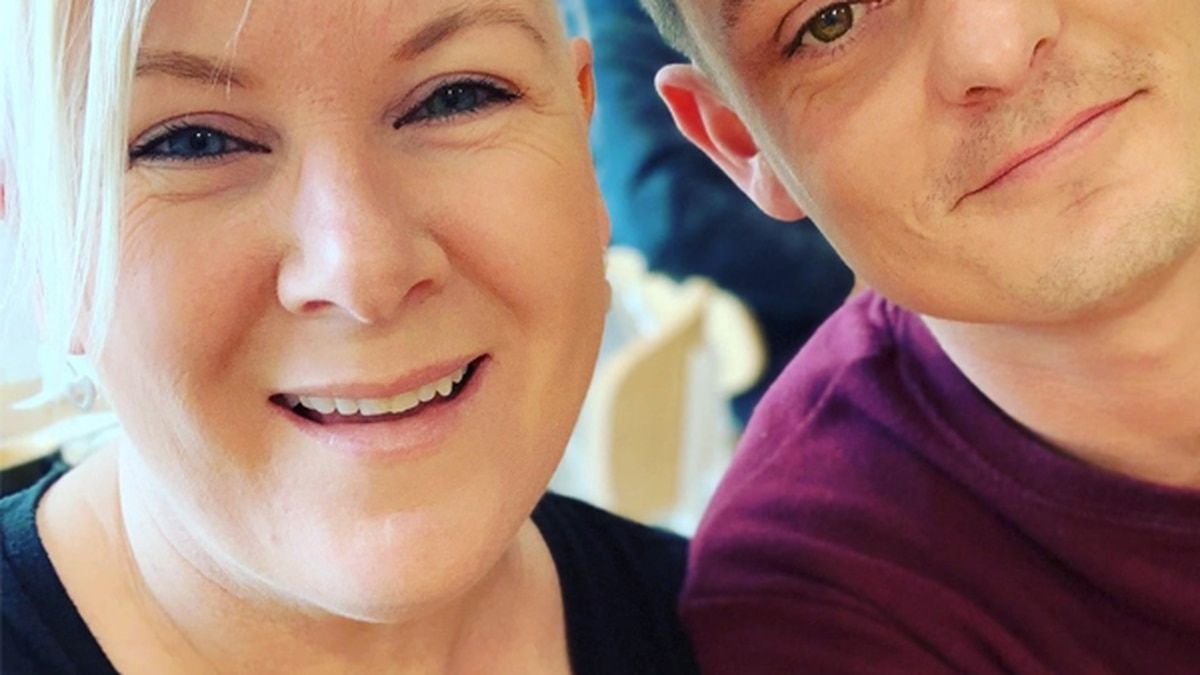 Radio host Jay-Jay Feeney and her brother Poull Andersen, 33, who was shot on Fort St in Auckland CBD in the early hours of March 5, 2022. Photo / Supplied

Radio host Jay-Jay Feeney was awoken at 2.30am this morning by a call from her distraught mother announcing “your brother’s been shot”.

The broadcaster has spoken to the Herald about how her 33-year-old brother Poull Andersen was one of three victims of a shooting overnight on Fort St in Auckland CBD shortly before 2am.

This morning, Anderson had 22 steel pellets surgically removed from his upper torso and face. Some were in his lungs and one narrowly missed his heart.

“My mum was so upset, like ridiculous, and I knew something must be wrong because it’s 2.30 in the morning and she’s calling me,” Feeney said.

“She just goes ‘I’m so sorry to wake you, your brother’s been shot’. And I was like what? What do you mean? You’re joking.

“It was so outrageous. I was thinking all sorts. With what? And why? What is someone doing going to town on Friday night with a gun? Why do you need to take a gun to town? It’s so confusing.”

Anderson told Feeney he was getting a kebab with his girlfriend and another friend shortly before he was shot. He had no idea who the shooter was.

Feeney has spoken to her brother today on the phone. He is still very woozy with medication post his surgery this morning in Auckland City Hospital.

Pellets were removed from his lungs, upper torso and face.

“He was in hospital overnight. They took him in 2.30am, 3am, whatever it was and he was in ED because they had to do lots of x-rays and scans and they took him into surgery this morning. So it wasn’t urgent urgent obviously,” Feeney said.

“After the x-rays he had two [pellets] in his lung and one just missed his heart apparently. The rest are just riddled through his upper body and his face. That’s what he told me. They’ve removed them successfully today.

“My brother had 22 steel pellets removed from his body. He is shattered. My mum has been able to visit him, which I am so relieved for.”

To complicate matters, Feeney has Covid-19, so she can’t visit her brother in hospital or support her mother.

“My mum, she lives just around the corner and she is just beside herself. She lives alone and I just can’t even go and hug her and she needs me,” Feeney said.

“I had a test before and I’m still positive. Bloody hell.”

Anderson told Feeney that he will be in hospital for four days.

“He’s in heaps of pain,” Feeney said. “I asked him if he was traumatised and he said that he was and he can’t stop thinking about it and picturing it. So whatever he’s picturing, I don’t know.

“He didn’t know what happened, he just heard a big bang and he just collapsed on the ground. That’s when he realised what had happened.

“I said to him I don’t know why you’re going into the city anyway, but he just loves those kebabs, they’re amazing apparently. He goes there all the time. I said to mum, we’ll have to ground him.”

Feeney said the shooting was “totally random, he [Anderson] didn’t even do anything, just happened to be there”.

Three people were seriously injured and taken to Auckland Hospital following the shooting on Fort St, two in a serious condition and one in a moderate condition.

Feeney said the two others injured were not known to her brother.

Imagine being woken up at 2.30am by your hysterical mother saying “Your brother’s been shot!” That happened to me this…

Police said an 18-year-old man was arrested and appeared in Auckland District Court this morning in relation to the incident. He was charged with wounding with intent to cause grievous bodily harm and remanded in custody to reappear on Monday.

“As the matter is before the court we don’t have any further information to provide,” police said.

A witness at the scene after 2am said areas on Fort St, Shortland St and Queen St were blocked by police, and a number of bystanders could be seen near Evan’s Kebab and Backpackers World Travel.

“A number of bystanders had blood on their clothing, whilst others assisted police,” the witness said.

Feeney said she was still reeling from the news this afternoon.

“I’m still in a bit of shock actually. It’s such a weird thing to happen. The world is so depressing at the moment.”