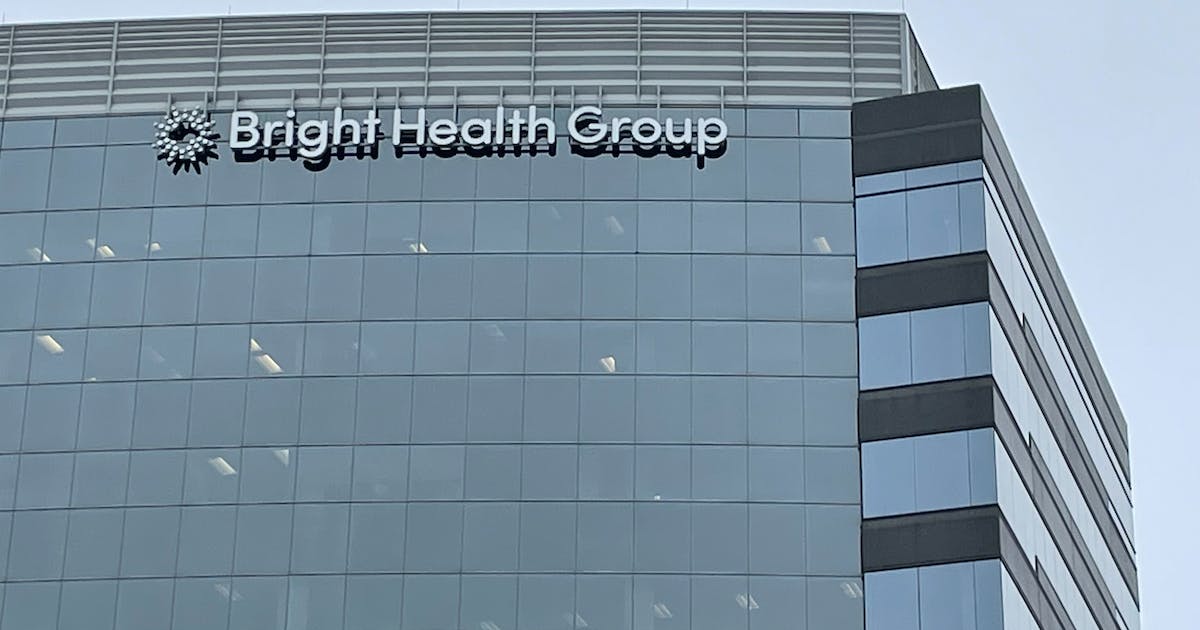 Bright Health Group continued to struggle with risk adjustment calculations for the second straight quarter as the company saw losses surge along with worse-than-expected medical expenses.

“We did not deliver the financial results we had planned,” said Bright Health chief financial officer Cathy Smith during a call with investors. “Let me be clear, we are very disappointed in our financial results and are swiftly working to improve and provide more predictability to our results.”

Bright Health struggled last year to get data on the health status of enrollees in its individual health insurance business, where people under the age of 65 buy coverage through government-run health insurance exchanges.

The data problem — which executives first disclosed with its third-quarter results — got worse during the final three months of 2021 while Bright Health worked to fix the issue. Mike Mikan, the company’s chief executive, said the problem relates to how it processes claims for payment from health care providers.

“The meaningful growth we delivered in 2021 … outpaced our operational and system capabilities,” Mikan said. He added that “a once-in-a-century pandemic and our large group of new members without risk scores — combined with scaling up our organizational capabilities and emerging technologies — impacted our results in the fourth quarter more significantly than anticipated.”

On Wednesday, the company’s fourth quarter results showed a loss of $813.4 million on revenue of $962.3 million. The loss came to $1.29 per share when analysts surveyed by Refinitiv were expecting a loss of 45 cents per share.

Overall in 2021, adjusted earnings before interest, taxes, depreciation and amortization (EBITDA) came in at a loss of $1.08 billion — significantly worse than the $550 million to $600 million range that executives forecast during an investor conference in December.

It was during the fourth quarter that the company started to fully realize the impact of troubles from throughout the year with processing medical claims, Mikan said. From October through December, Bright Health wound up processing between 40% and 50% of the insurer’s underlying claims expense for the year.

“With that amount of claims processing, we didn’t have the data or the insights to really understand how we were capturing the risk codes and what other underlying medical trends were we seeing,” he said. The issue “came to fruition through January as we closed out our books.”

Understanding risk is key to any health insurance market, but it’s raising a particular problem for Bright Health in terms of premium revenue.

In the individual health insurance market, patients’ risk scores factor into a complex calculation whereby carriers with low-risk populations transfer revenue to insurers that cover higher-risk groups. Bright Health’s risk-adjustment calculations have been off significantly, so the insurer has been forced to significantly increase estimates for payables the company will make to other carriers through risk-adjustment transfers.

The problem was worsening as the company was incurring its highest quarter yet for COVID-19 expenses. Bright Health during the fourth quarter spent $84 million on pandemic-related health care, including $56.5 million of expense from prior periods.

Another factor, executives said, is that Bright Health saw an unusual volume of sign-ups by people with costly health problems during 2021. In response to the pandemic, the government last year allowed an extended special enrollment period when people could opt-in to individual market coverage.

To address the financial performance, Bright Health raised prices on health insurance products for 2022 and is doing more to manage medical expenses among enrollees. The company also is implementing new and better systems for processing claims and calculating risk adjustment, Mikan said.

Earlier this week, Bright Health announced that Matt Manders, a former executive with health insurance giant Cigna Corp., had joined the company’s board as an independent director. In December, Cigna made a large strategic investment in Bright Health as part of a $750 million fundraising package.

After Bright Health reported in November the troubles with risk adjustment, the company’s share price plunged. Just before 10 a.m. central time on Wednesday, Bright Health shares were down 20% at about $2.50. Roughly an hour later, the price had rebounded to $2.84, still down about 9%.

Despite the problems, executives continue to tout the company’s growth prospects. In January, Bright Health said it expected to exceed 1 million members in health plans this year.