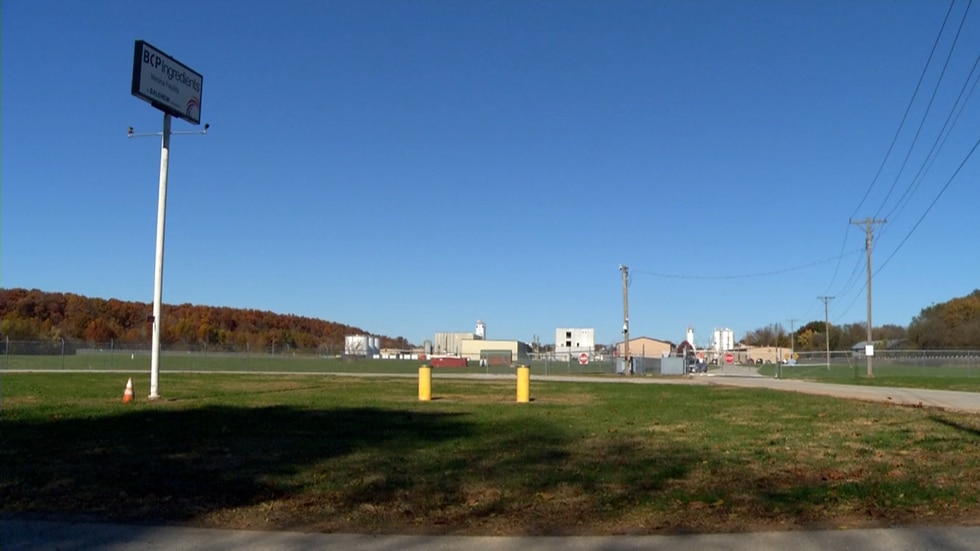 VERONA, Mo. (KY3) – A small Ozarks town is battling to save lives.

A non\profit journalism group created a national map of cancer ‘hotspots’ using data collected by the Environmental Protection Agency. The pollution map put together by ProPublica shows people living near the BCP Ingredients plant in Verona have a cancer risk that is 27 times the EPA’s “acceptable risk.” Soon after a KY3 News report, the EPA held a town hall meeting to address concerns.

‘On Your Side’ has new information. Missouri State Health officials are also getting involved.

“I’m not placing blame on anybody. I just want action to be taken,” said Mayor of Verona Joseph Heck.

He says he values human life more than anything.

“I would give my house away and my property in Verona away if I can just stop one person from going through cancer or even battling cancer,” he said.

We asked, “Is this is personal for you?”

It’s why he says he’s been working to expose potentially dangerous manufacturing practices at a nearby chemical plant.

“Its very frustrating that a company that knows that they are putting out toxins and for the EPA, which their mission statement basically says, you know, to protect human life, that they aren’t taking this very seriously. There’s been a lot of promises broken by the EPA as well,” explained Heck.

Missouri Department of Health and Senior Services officials tell us they aren’t able to directly link cancer cases to any possible toxins coming from the BCP Ingredients plant. However, they say there is cause for concern. They launched a cancer study at the request of the mayor.

Mayor Heck received notice earlier this month health data of cancer patients in Verona would be collected by the state health department.

“We want to try to at least let them know that somebody cares and is trying to do something to help them,” said Jim Pruitt, Cancer Inquiry Coordinator with DHSS.

He says the information sent to the department by Mayor Heck sparked the investigation.

“Was it a shock? I don’t know if shock is the right word. We’re used to dealing with this data all the time. But obviously it was of concern enough that they felt we should look into it further,” said Pruitt.

Mayor Heck says others in Jefferson City are also interested.

“Josh Hawley’s office did contact me. Mike Moon has been in direct contact over this issues,” he said.

He says all he’s asking for are better health regulations.

“I would hate to see the company leave Verona. Basically what I’ve been asking the EPA is just to monitor the air. I would just hate for Verona to be another Times Beach,” said Mayor Heck.

Times Beach is a city in Missouri that was so polluted it was forced to be permanently shut down by the federal government in the early 1980?s.

In an email from a representative for the EPA we received this comment about the cancer study:

“Thank you for reaching out to us. We would like to refer you to the Missouri Department of Health and Senior Services for any questions or comments regarding their study. EPA is aware of the study and will await the results.”

A statement provided about the survey by a representative of Balchem, BCP Ingredients’ parent company reads:

“Thank you for contacting BCP Ingredients.

Nothing is more important than the health and safety of our Verona employees, as well as their families, neighbors in the community, and the environment. Our facility is in full compliance with both federal and state regulations. Additionally, we have strict protocols in place to ensure that we’re safely manufacturing, storing and transporting ethylene oxide which is used to sterilize medical and surgical equipment for life-saving surgeries and medical procedures. Regarding the survey, please note the language that is listed on the form that states “Confirmation of a cancer excess in a community does not necessarily mean that there is any single, external cause or hazard that can be identified.”

Pruitt said, “Sometimes what happens when we go through these cases and do these inquiries, it does lead to other agencies into it more closely.”

To report a correction or typo, please email digitalnews@ky3.com