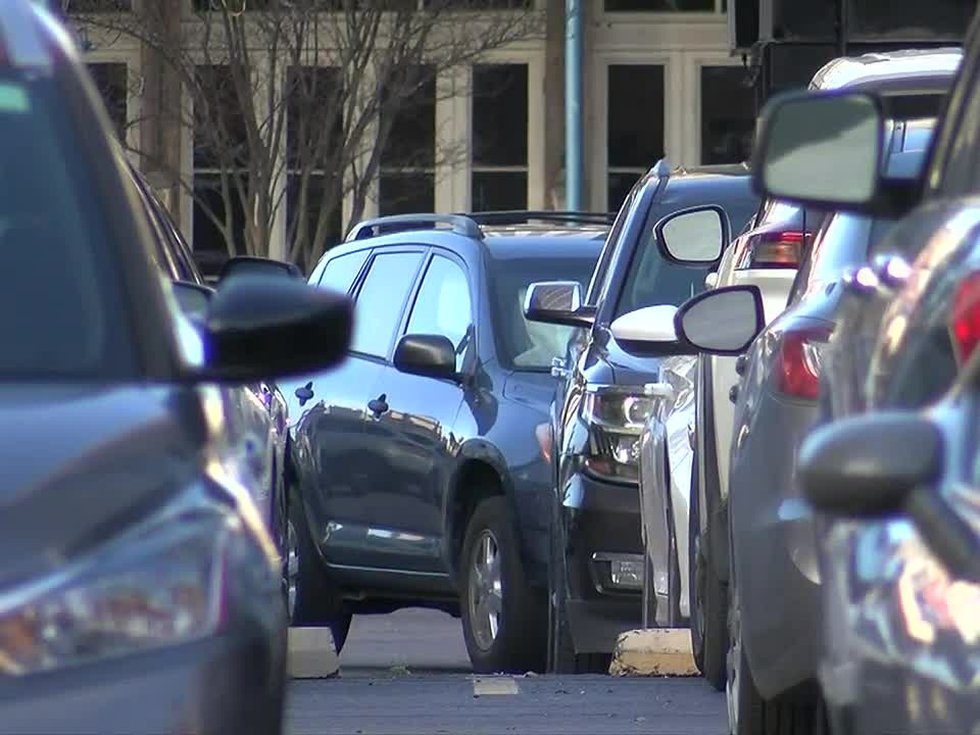 NEW ORLEANS (WVUE) – A brazen, middle of the day smash and grab in the CBD has victims and witnesses beyond frustrated.

“All within a span of 10 minutes, three guys came in with a stolen car, with guns, broke into the five cars and stole one,’ one victim described.

It happened just two blocks away from City Hall in the 500 block of South Rampart in a paid parking lot.

It was 12:50 p.m., around lunchtime, so the victim we spoke to says there were tons of people out and about, even watching it happen from their cars surrounded by security cameras.

Witnesses watched in disbelief as they quickly and methodically smashed windows then drove off in someone’s black 2015 Nissan Titan pickup.

“Half the people whose car got broken into drove away without reporting it, which is what I’ve done eight times prior,” the victim said.

This victim’s truck was also broken into the night before, making it nine times in six months

The only reason he reported his second broken window from Wednesday’s incident was the brazenness of the crime.

“No consequence, we’re all getting bullied and now we’re asking the bully just stop hitting us and I don’t know how to hit back,” he said.

He says it took hours for NOPD to arrive.

“When I tell people that they want to blame the police, it’s not the police’s fault. It’s everybody’s fault,” he said.

While police are dealing with an over 20-percent increase in vehicle burglaries all over the City, they are making arrests.

24-year-old Johnny Walsh and a 17-year-old were arrested while officers responded to a vehicle burglary in Crescent Park Tuesday morning, where businesses tell us their staff and customers cars have been repeatedly broken into.

Officers say the teen chucked a gun and ran away, but police were able to surround the two and get them out of a home.

While window smashing rates are up everywhere, the CBD is seeing an over 105% increase this year and some who live and work there have been pushed to their limits.

“The reaction nowadays is nothing absolutely nothing. Yes, hit me again. No,” he said. “It’s not working and we don’t have time to figure it out. Just something needs to be done because it is progressively getting worse.”

NOPD says the police reports aren’t finished yet and they are still investigating, so anyone with any information is asked to call 8th District Detectives or Crimestoppers.