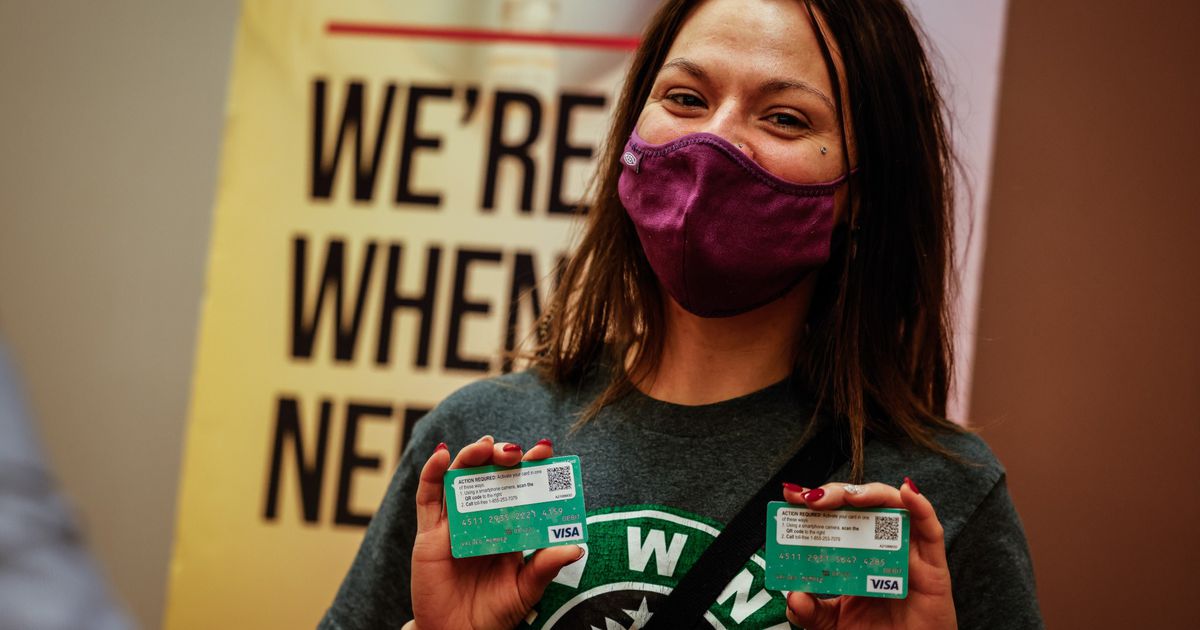 Butler, Clark and Miami counties are tapping into those funds to obtain $56,300 for 563 cards combined.

“I do think the gift cards were effective and offered opportunities to start conversations that led to educational moments,” said Butler County General Health District spokeswoman Erin Smiley. “We experienced many instances where people stated they came specifically to receive a gift card.”

A Dayton Daily News reporter recently visited a vaccine clinic in Springfield, where workers said they see the number of people coming in for first shots increase when they make gift cards available.

Greene, Warren and Champaign counties didn’t offer gift cards last year, nor do they plan to this year. They could have had $35,700 available for 357 gift cards combined this year.

“While the incentive cards worked well for some counties, they were not a fit for all counties,” Greene County Deputy Health Commissioner Noah Stuby said.

“Throughout the pandemic response, Greene County Public Health and many other local health departments chose to utilize COVID grant dollars to support our multifaceted response that included such activities as contact tracing, case investigations, vaccination clinics, testing events and more,” he said.

Stuby said Greene County’s vaccination rate is one of the highest in the region once you take into account Wright-Patterson Air Force Base, where workers were required to get vaccinated. The Ohio Department of Health also lists Warren County as having one of the region’s highest vaccination rates.

Ohio Medicaid managed care providers are offering $100 gift cards statewide for Ohioans on Medicaid who get their first shot. Ohio Medicaid officials say 100,050 cards were issued to Ohioans who received their first vaccine dose as of Feb. 13. The next local event where gift cards will be available is 3 to 6 p.m. Friday, March 11, at Horizon Science Academy in Dayton.

Medicaid managed care providers, such as CareSource, are also offering other incentives as part of a push to get kids vaccinated. The first 100 Medicaid members getting a vaccine will get in free at the Boonshoft Museum of Discovery from noon to 4 p.m. Saturday, March 19. Some events also have gift card raffles for Kroger and Walmart.

These incentives only apply to people on Medicaid, which many low-income Ohioans do not qualify for.

ExploreVaccination gaps: Why some local areas are 3 times higher, others lag

A recent Dayton Daily News analysis of vaccination rates by zip code found that low-income neighborhoods tended to have lower vaccination rates. The lowest-vaccinated ZIP codes in Montgomery County were 45417 in West Dayton and 45345 in New Lebanon.

The Montgomery County health department doesn’t discourage agencies or businesses from offering incentives for vaccinations, and notes the availability of gift cards for Medicaid recipients.

“At this point, we have seen a steady decline in all vaccinations, including boosters,” Suffoletto said. “Public Health has made the decision that the best use of Public Health’s resources at this time is to focus our efforts on trying to make individual connections with people to help answer their concerns.”

CareSource has the following events in March where Medicaid recipients ages 5 and up can get $100 gift cards for getting their first dose of a COVID-19 vaccine:

Boonshoft Museum of Discovery: noon to 4 p.m. Saturday, March 19. The first 100 Ohio Medicaid members receiving a COVID vaccine will also get free admission to the museum

YWCA downtown Dayton: 2 to 6 p.m. Friday, March 25. Marketing to after school programs and women and children shelter on site