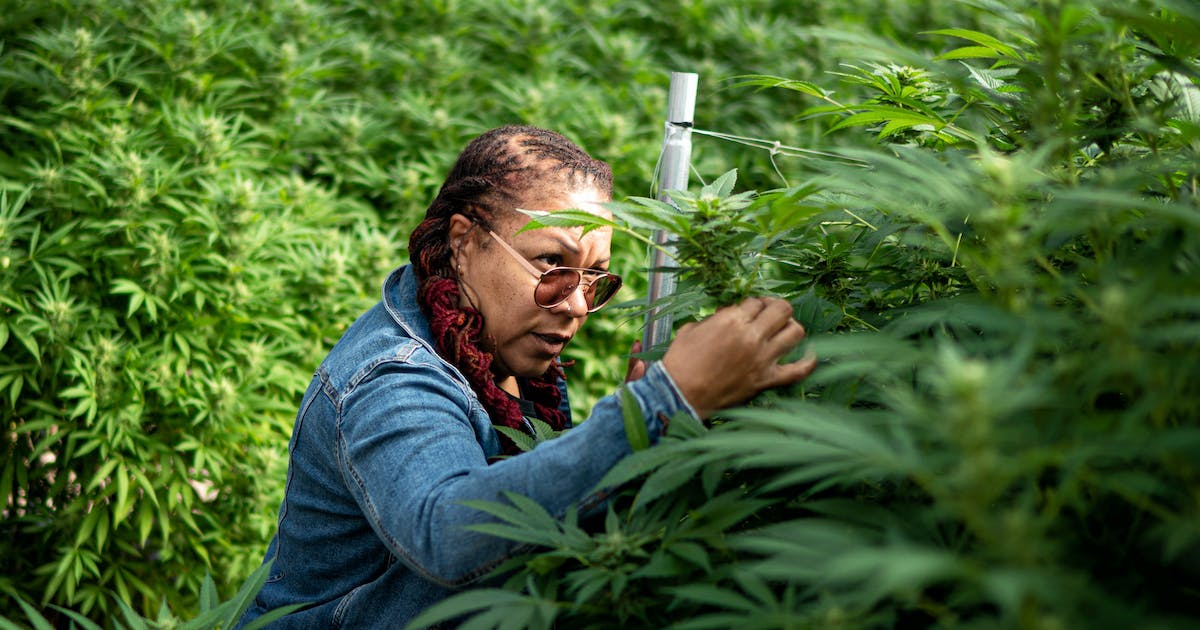 Minnesota’s hemp industry is in crisis.

A state appeals court ruling last year put the legality of selling and possessing nearly all CBD products into doubt.

Cease-and-desist letters have increasingly targeted retailers and producers selling Minnesota-made CBD products while national brands have made their way onto mainstream grocery store shelves without hassle.

And delta-8 THC — an intoxicating, hemp-derived cousin of the main psychoactive substance in marijuana — remains an unregulated and highly profitable product for hemp retailers and growers in Minnesota. A bill has been introduced to ban it completely in the state.

“We’re in tough shape right now because of all of this,” said Angela Dawson, president of 40 Acre Cooperative, a hemp farming collective in Pine County. “Everyone is holding off on getting their hemp licenses for next year because we don’t know what the future holds.”

Steven Brown, founder of the retail chain Nothing But Hemp and president of the Minnesota Cannabis Association, said if the Legislature doesn’t act, all but one of his six stores in Minnesota would need to close.

“It comes down to educating the consumers and providing the good regulations that will protect consumers and children,” he said. “I’m nervous nothing will get done this session, and I’m hoping we can at least put some safety regulations in place.”

Here’s a rundown of the issues hemp farmers, CBD retailers and cannabis advocates are pressing legislators to address this session.

The Minnesota Court of Appeals shocked the hemp industry with its September ruling in Loveless vs. State of Minnesota, referred to as the Loveless decision.

The appeals court found that state laws separating illegal marijuana from legal hemp stopped at the plant and did not apply to extracts. Suddenly, “hemp products believed to be legal in Minnesota since 2019 are illegal controlled-substances,” attorney Carol Moss, who was not involved in the case, wrote in a summary of the decision.

At issue is the definition of hemp as containing less than 0.3% THC, which is codified in state and federal law. The court decided the law applies only to plants/leafy material and not commonly sold extracts such as CBD oils, edibles and vaporizer cartridges.

The decision was appealed to the Minnesota Supreme Court — by both Loveless’ lawyer and the Minnesota Attorney General’s Office — but a decision could take months and would not guarantee a favorable outcome for the industry.

Bills have been introduced at the state Legislature to clarify the definition of industrial hemp and its extracts versus marijuana.

Without a change, retailers and consumers may be taking a risk buying and selling CBD products.

Use of CBD, short for cannabidiol, in the U.S. has grown rapidly in recent years since the 2018 Farm Bill recognized hemp as distinct from marijuana — legalizing the cultivation and sale of hemp.

CBD is said to help with pain, anxiety and a number of issues without causing the user to get high; the Food and Drug Administration says its legality depends “on the intended use of the product and how it is labeled and marketed.”

In recent years hemp processors have started extracting and selling another chemical — delta-8 tetrahydrocannabinol (THC), which unlike CBD does produce a high similar to marijuana.

The Minnesota Department of Agriculture’s website stated that “delta-8 THC is not illegal to sell in Minnesota” as of December, but the agency scrubbed that sentence in January and now gives no guidance on legality.

“Delta-8 THC products are not approved for use in food and beverage products and these products cannot be sold in Minnesota,” the agency says.

“We need subject matter experts in an office of hemp derivatives that can go through this, make recommendations and implement them,” she said. “Testing, labeling, age restrictions — we need to get moving on this.”

The Minnesota Board of Pharmacy is backing a bill that would ban delta-8 THC; it would also undo the Loveless decision, increase testing and labeling requirements and set the minimum age of 21 for CBD sales.

“We’re pushing for better regulations over prohibition — 21-plus, childproof packaging,” he said. “In an illegal market people will cut corners … People are going to buy it online regardless.”

In 2019, Indeed Brewing released a CBD-infused seltzer — a non-alcoholic, non-intoxicating alternative using CBD derived from hemp. But after receiving a cease-and-desist letter from the Minnesota Department of Agriculture last year, the Minneapolis brewery stopped making and selling it in Minnesota.

“Meanwhile we can still make and sell it in Wisconsin, and there are dozens of CBD products on shelves around the state,” said Indeed chief executive Tom Whisenand. “It’s not an approved food ingredient, though it is legal to consume.”

The state’s agriculture regulators say “food and drink manufacturers cannot add cannabinoids to their products in Minnesota, and food products containing cannabinoids (even made outside of the state) cannot be sold in Minnesota.”

Yet these products are easy to find at retailers in Minnesota and from any number of online outlets. Enforcement is triggered by complaints, which many in the industry say leads to unequal treatment and may be grounds for a lawsuit against the state.

A bill to specifically allow CBD in food and drink has been introduced.