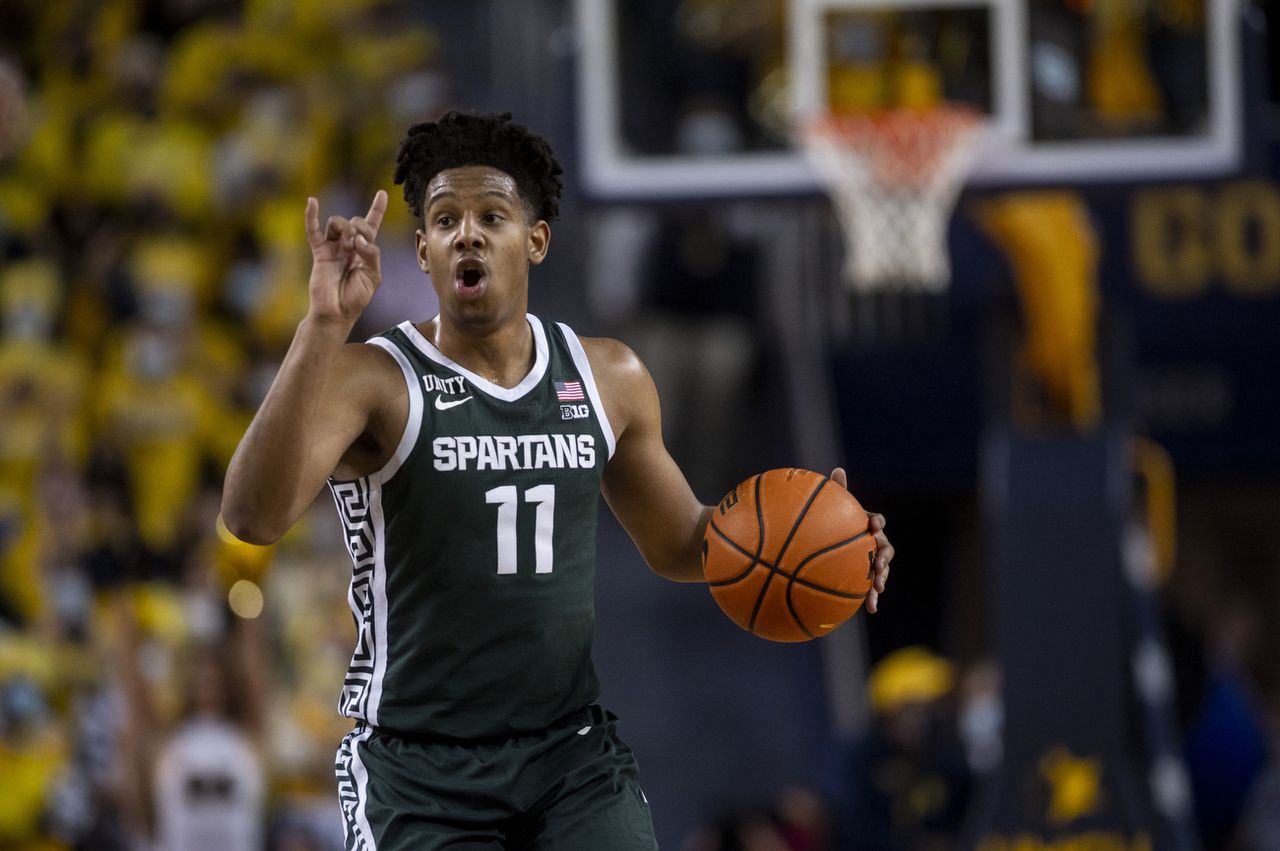 The Spartans’ starting point guard started feeling sick with a sore throat later that day. He tested negative for COVID-19, but still had to miss practice in the following days as the illness continued.

He didn’t miss any games, but his play and playing time were significantly diminished, particularly in the second halves of games due to the illness.

More than a week after he had first started feeling ill, the fact that Hoggard continued to be limited had started to worry Spartans coach Tom Izzo.

But on Tuesday, Hoggard stepped off the practice court with a pronouncement.

While he was limited longer than he expected to be, Hoggard said that was due to the fact that he was playing while on medication, something he said he’s not used to doing.

“It’s different, being on medicine, I don’t take medicine so just doing different things like that just affected my body a little bit different,” Hoggard said.

Now, he said that’s all behind him. And at the Spartans’ Tuesday practice, others noticed a change in him, too.

“Today was the first day I saw some lift in him as far as everything goes,” Izzo said. “He just seems to be at a different level today.”

Hoggard’s return to full health is good news for Michigan State as it prepares to open postseason play with a Thursday Big Ten tournament matchup against Maryland in Indianapolis. That game comes four days after the two teams met on Sunday in the regular season finale.

Hoggard’s play has often been an indicator this season as to how Michigan State is playing overall. When the Spartans beat then-No. 4 Purdue, Hoggard played a season-high 30 minutes during which he recorded 11 points and six assists while playing the lead role in defending Boilermakers star Jaden Ivey, who had a season-high six assists.

He also had a double-double when Michigan State beat Michigan at home and recorded 14 points and eight assists in the Spartans’ home win over Indiana.

Michigan State went 1-2 while Hoggard was limited, and his illness had a trickle-down effect on the rest of the team.

The Spartans recently had started to play Hoggard and fellow point guard Tyson Walker alongside one another more, allowing for more shots for Walker, who is hitting 3-pointers at a better than 50 percent clip. With Hoggard limited, Walker was forced back into more of a distributor role and after the Michigan game admitted to being fatigued late in the game.

Having Hoggard back as the team’s primary point guard should provide a boost for the entire roster, Izzo said.

“I think he has the ability to make us a much better team because he can really spray the ball a lot more,” Izzo said.

Hoggard like every other Spartans player, has had his bouts with inconsistency. High turnover games in particular have proven costly at times for Michigan State.

But if the player who was on the Michigan State practice court on Tuesday can be on the court full strength in Indianapolis this weekend, Michigan State should get a boost.

“If he plays like he did in practice today, we’re going to be a much better team,” Izzo said.