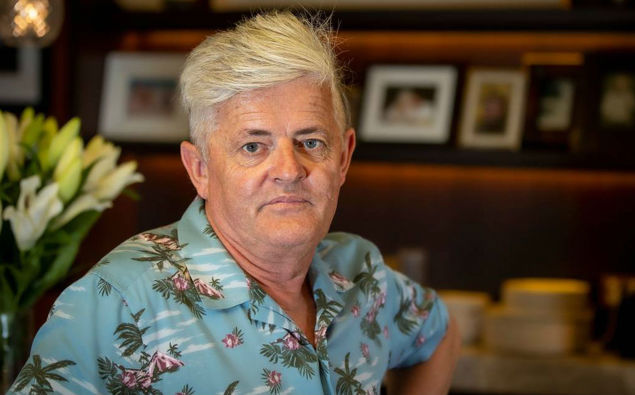 Auckland mayoral candidate Leo Molloy says the council and authorities need to install hosing systems in the central city to get rid of “drunks” and “undesirables”.

Molloy’s idea disappointed one social worker who said those it would target had experienced “some of the hardest things in our society and in life”.

In a seven-minute Facebook video posted on Saturday morning, Molloy talked as he walked from the closed-off Fort St to Queen St.

Calling the Fort St area “the naughty part of town”, Molloy told viewers it was “where the losers and the ratbags and the drug addicts and the alcoholics congregate at night”.

“Clearly the solution is … to put some sort of spray, hose, cold water units up high that spray water out at night so you stop them congregating, ” he said.

“Believe me, no one wants to sit around at night cold and wet, no one.”

In his post, Molloy said the once great Auckland downtown had become a “shameful disgrace” and said there was a need for more cops and less Government meddling.

“A lot of these challenges that are being faced by our wh?nau are the fact that they don’t have a safe or dry or stable place to live and as a country and as a city if we want to face some of these challenging issues more police and hosing systems aren’t humane or the right way to address these things.

Rather than using the tactics suggested by Molloy, Hendry said they would see far more success if those on the margins were provided with safe housing and the support needed.

Hendry was disappointed by the rhetoric used by the mayoral candidate and encouraged Molloy to learn about the challenges homeless Aucklanders face.

“More police isn’t going to solve the issues we are having in the inner city; we know that policing and these inhumane sorts of tactics don’t sort of address the core issues which are poverty,” he said.

“Those people discussed in that video are real people who are experiencing some of the hardest things in our society and in life.”

He said what was seen on Fort St was the reality of what happens when people are abandoned and not given support.

“People will create communities and that’s what our wh?nau who experience homelessness do, they create really strong communities,” he said.

The use of sprinklers to deter rough sleepers has courted controversy in the past when businesses and a school in Auckland’s central city employed the tactic.

Molloy also took a swipe at mayoral contest rival “rip the heart out of the city” Viv Beck.

Molloy said in the past four years Beck as chief executive of Heart of the City had sat back and allowed the city to be “absolutely stripped”.

“How can she run when she’s got the baggage of watching this happen to the city.”

Beck announced early in March that she will be standing as an independent candidate for the Auckland mayoralty.

“We have been actively calling for a co-ordinated, cross-government approach to dealing with the safety and antisocial behaviour issues that have increased through Covid-19, including increased police resourcing and presence on the street, better management of emergency housing, as well as services for mental health and addiction,” she said.

“We are working with local police who are doing what can they can, but any meaningful response from central Government has been unacceptable to date and we will continue to lobby for this.”

Beck, Molloy and Efeso Collins, a councillor representing Manukau since 2016 and endorsed by the Labour Party, are among the frontrunners for the election.

The other is Craig Lord, a returning mayoral candidate who came third in 2019.

The local government elections will be held on Saturday, October 8.