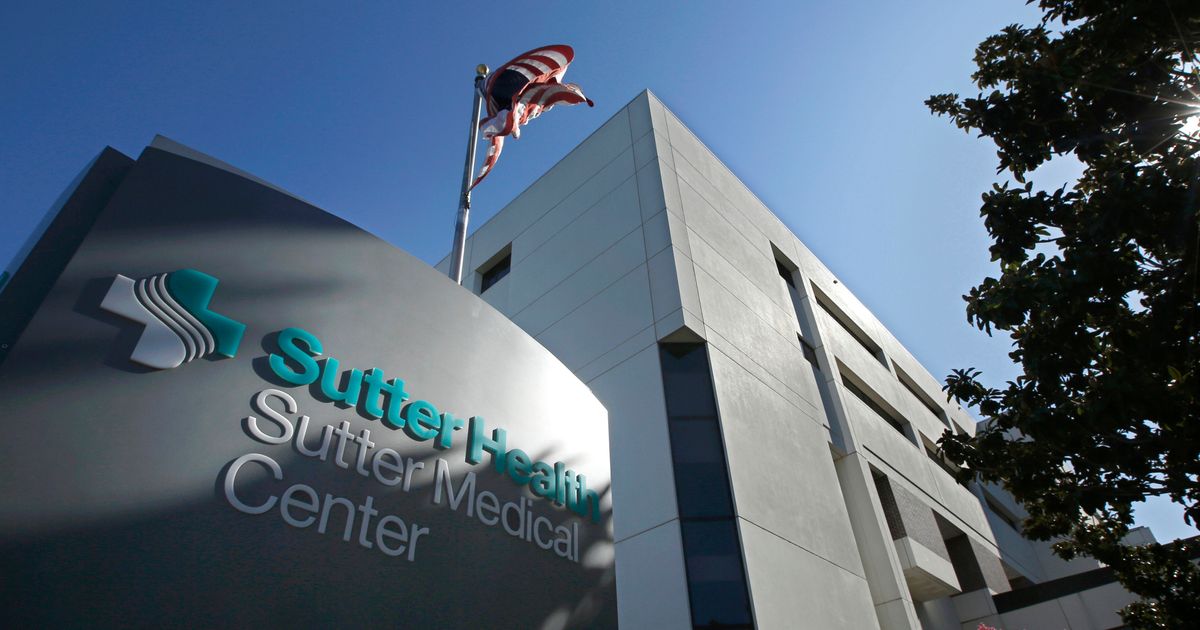 SACRAMENTO, Calif. (AP) — A federal jury on Friday rejected allegations that a large Northern California health system abused its market power to drive up costs for consumers and businesses.

The verdict followed a monthlong civil trial in a class-action lawsuit against Sutter Health on behalf of more than 3 million employers and people served by the Sacramento-based nonprofit system.

The plaintiffs argued unsuccessfully that the company caused nearly $400 million in insurance premium overcharges between 2011-2017 and sought triple damages, as much as $1.2 billion.

Sutter Health Interim President and CEO James Conforti said the verdict is important not only for his company, “not only for Sutter Health, but for all healthcare providers in California.”

The decision, he said in a statement, “validates that healthcare providers, including doctors and hospitals, have a right to evaluate whether to participate in health plan networks and ensure that they don’t interfere with the ability to provide coordinated patient care and will not lead to surprise bills.”

A typical inpatient procedure in the northern part of the state might have cost $90,000 more than in Southern California, they said.

In the current lawsuit, the plaintiffs said Sutter used its dominance in seven mostly rural Northern California areas to lock in insurers in four other communities where it has more competition.

That, they claimed, let Sutter overcharge for its own services and in turn prompted hundreds of millions of dollars in insurance premium overcharges by Anthem Blue Cross, Blue Shield of California, Aetna, United Healthcare, and Health Net.

Sutter successfully countered that it did not engage in anticompetitive conduct and denied that its practices bumped up prices. It said its deal with insurance companies amounted to a “volume discount.”

It said it competes with an even larger health system, Kaiser Permanente, and argued that its deals with five of the largest U.S. insurance companies were not only legal but were intended to help Sutter patients and drive down the total cost of care.

They also rejected allegations that Sutter forced the health plans to agree to contracts that prevented the plans from steering patients to lower-cost non-Sutter hospitals.

The law allows triple damages if plaintiffs had prevailed. Attorneys filed the lawsuit on behalf of four people who paid health insurance premiums and two companies that paid premiums for their employees since 2011, but included in the class-action all individuals or companies in the same position across much of Northern California.

The plaintiffs’ attorneys estimated that includes 3 million patients and employers served by the Sutter Health system.

Two years ago, Sutter paid different plaintiffs $575 million to settle similar claims that that the company artificially increased patients’ costs through anti-competitive practices. It also agreed through a separate settlement with the state to accept a court-approved monitor for 10 years to make sure it no longer works through insurance companies to increase patients’ costs.

California’s attorney general alleged then that Sutter used its market power to block insurance companies from using incentives to steer patients to cheaper health care providers, making it tougher for patients to use Sutter’s lower-priced competitors, though Sutter denied the allegations and did not admit wrongdoing.

The 2019 settlement barred Sutter from what state officials called an “all or nothing” approach — requiring insurance companies to include all of the health system’s hospitals in their provider networks even if it didn’t provide financial benefits. The settlement also improved pricing transparency while limiting what Sutter could charge for out-of-network procedures.

About 1,400 self-funded employers and unions settled the lawsuit two years ago. They also initially sought damages that could have exceeded $1 billion.