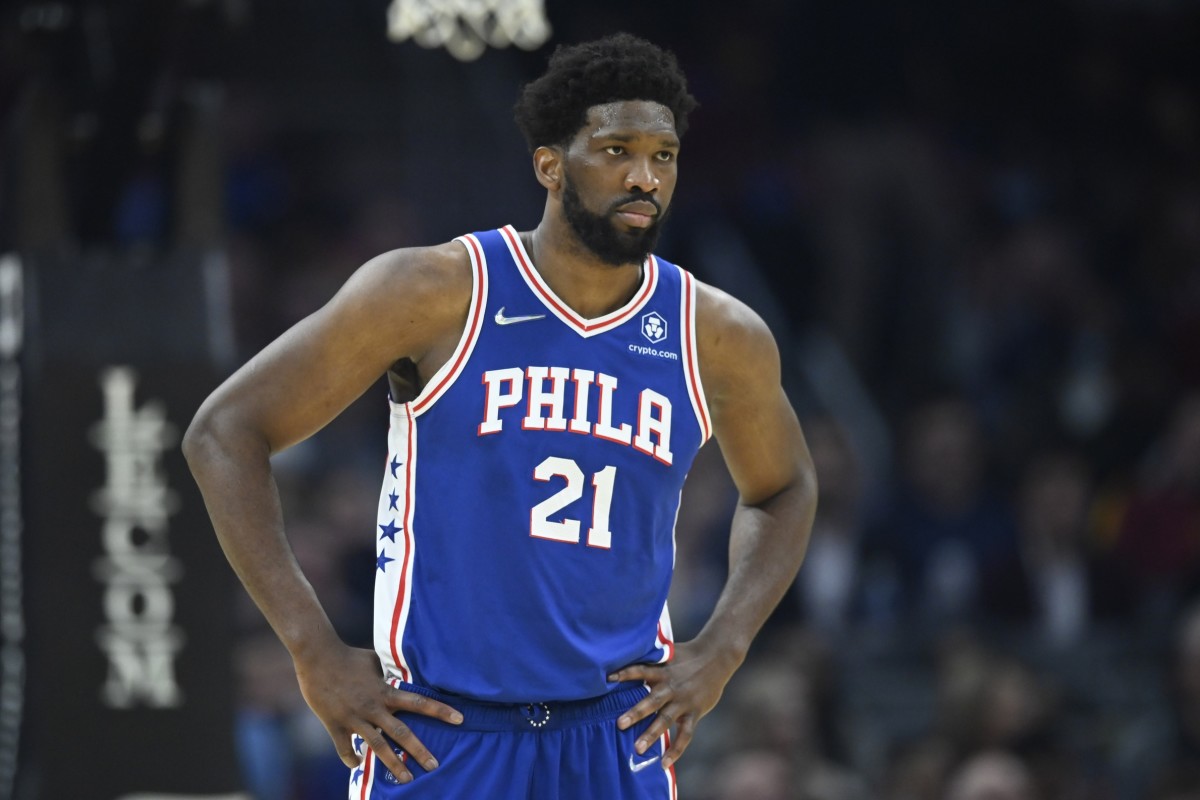 Joel Embiid’s health concerns started before he even got in the NBA. During his pre-draft process in 2014, Embiid suffered a foot injury, which caused his draft stock to take a slight hit ahead of his big night.

Embiid quickly went from being the projected first-overall pick that could help a competitive team win right away to becoming the third-overall pick on a Philadelphia 76ers team that was clearly tanking.

Going to the Sixers helped Embiid recover without being pressured to take the floor as soon as possible and start contributing to immediate wins. But Embiid’s recovery process took a lot longer than expected as setbacks piled on.

Despite getting drafted in 2014, Embiid didn’t make his debut until the 2016-2017 season. And after he appeared in 31 games, the Sixers big man suffered another setback that ended his season prematurely.

Lately, Embiid’s been putting an emphasis on staying healthy and available for his team during the regular season. Therefore, the star center has made a total switch to his off-court regimen and approach to the game.

While Embiid made the big change last year — it didn’t exactly pay off the way he wanted it to as he suffered multiple knee injuries and a back injury. However, this season, Embiid’s on pace to play in the most regular-season games in his career.

With just 13 games left to go, Embiid clocked in for 57 matchups this year. Outside of a battle with COVID-19 back in November, the big man hasn’t missed multiple games in a row. Embiid understands that he might need to take a game off or two down the stretch to ensure he’s fresh for the playoffs, but the five-time All-Star is motivated to keep the ball rolling as he changes the narrative about his health.

“I’m competitive, I won’t lie,” said Embiid. “I see everything and that’s always been the knock on me even though that was really my first three years and everything that has happened since I’ve been healthy and have never missed more than two weeks with something, so that’s the narrative.”

Players don’t typically like negative narratives placed on them — but Embiid has turned the negative into an opportunity to motivate himself to reverse everybody’s belief that he can’t stay healthy and play almost a full season.

“I like the challenge,” he continued. “So that’s something that I think about a lot and I like proving people wrong so it goes into my thought process when I think about all of that stuff.” When the Sixers take the court on Sunday night to face the Toronto Raptors, Embiid could play in his 20th straight game.

But the big man also understands that he’s bound to miss at least one game soon regardless of his health situation.

“My goal is ultimately to win a championship and to be ready for the playoffs and to be at my best so that kind of overrules everything,” the big man finished. “So the last couple of games, whatever is best for me to be 100-percent going into the playoffs that is what I am going to do.”

Justin Grasso covers the Philadelphia 76ers for Sports Illustrated. You can follow him for live updates on Twitter: @JGrasso_.