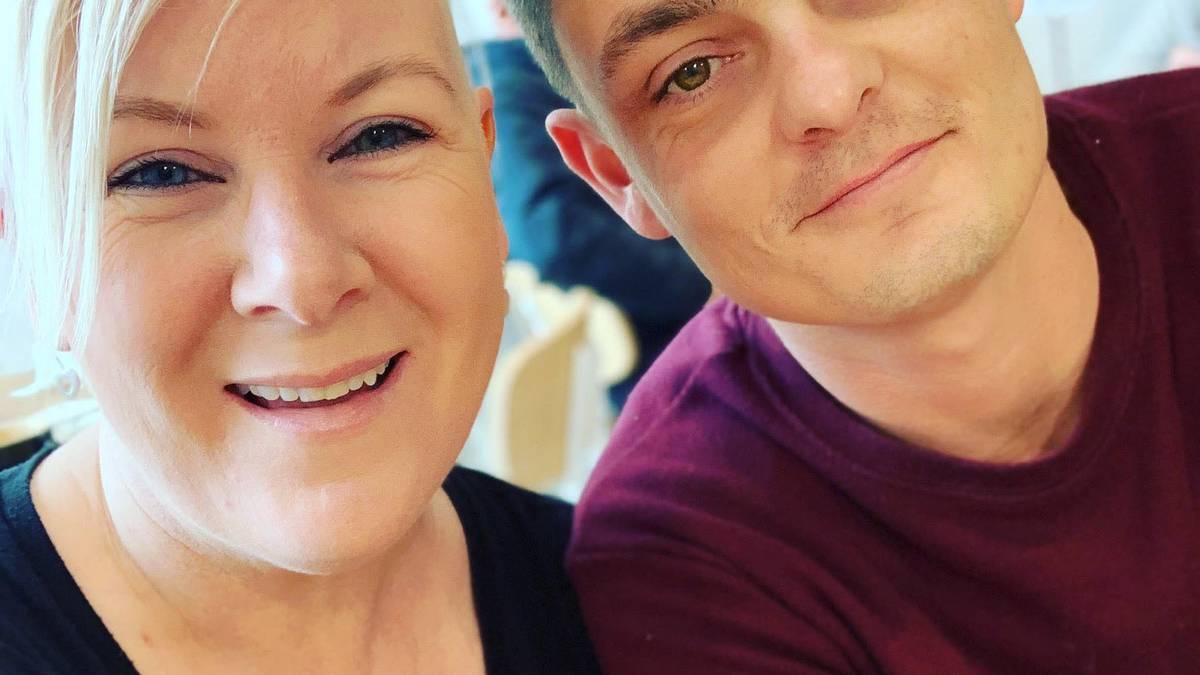 Broadcaster Jay-Jay Feeney with her brother, Poull Andersen, who was injured in a shooting in Auckland CBD early on March 5. Photo / Supplied

Radio host Jay-Jay Feeney says her brother remains in great pain and is struggling to talk after he was shot yesterday in Auckland’s CBD.

Feeney’s brother Poull Andersen, 33, was getting a kebab when he and two women were shot shortly before 2am on Saturday in Fort St, central Auckland.

Andersen had 22 steel pellets surgically removed from his upper torso and face. Some were in his lungs and one just missed his heart.

Doctors left some pellets in his body because they were so difficult to remove, Feeney told the Herald.

Feeney is unable to visit her brother in hospital because she is isolating at home with Covid-19.

This morning, she called to speak with her brother but he only lasted 41 seconds on the phone, she said.

But she was able to get an update from her mum, who is at his bedside.

“He is really in a lot of pain and seems barely conscious,” Feeney said.

“The doctors say he has more bullets [or] pellets in his body, but they are so tiny that it’s hard to remove them all.”

They planned to leave the pellets in Andersen’s body unless they became infected, which was causing him added stress.

A Givealittle fundraising page has been set up to give Andersen, who is self-employed, “one less thing to worry about on the road to recovery”.

Page founder Lockie Flynn, Andersen’s long-time friend, wrote that “due to Covid regulations we can’t physically be there by his side but we want to do everything we can to make this recovery easier. Even if it’s only financially at this stage”.

Feeney said her brother owned a business, JDM Garage, where he fixed up and modified sports cars. He would have to keep paying rent on both his house and the garage – around $1600 a week – despite having no income while in hospital.

Because of privacy reasons, Andersen had not been told anything about the other two girls who were also shot, which Feeney said was “totally understandable”.

“We all just hope they are going to be okay,” she said.

“The hospital staff are amazing considering the crazy pressure and workload they have to deal with. They have my full respect.”

A spokeswoman for Auckland DHB said all three patients who had been shot were in a stable condition this morning.

Andersen yesterday told Feeney he was getting a kebab with his girlfriend and another friend shortly before he was shot.

He heard a loud bang and collapsed on the ground. He had no idea who the shooter was.

Feeney said the shooting was “totally random, he [Andersen] didn’t even do anything, just happened to be there”.

An 18-year-old man was arrested and was due to appear in Auckland District Court on Saturday, facing three charges of wounding with intent to cause grievous bodily harm in relation to two people.

A witness yesterday said areas on Fort St, Shortland St and Queen St were blocked by police, and a number of bystanders could be seen near Evan’s Kebab and Backpackers World Travel.

“A number of bystanders had blood on their clothing, whilst others assisted police.”