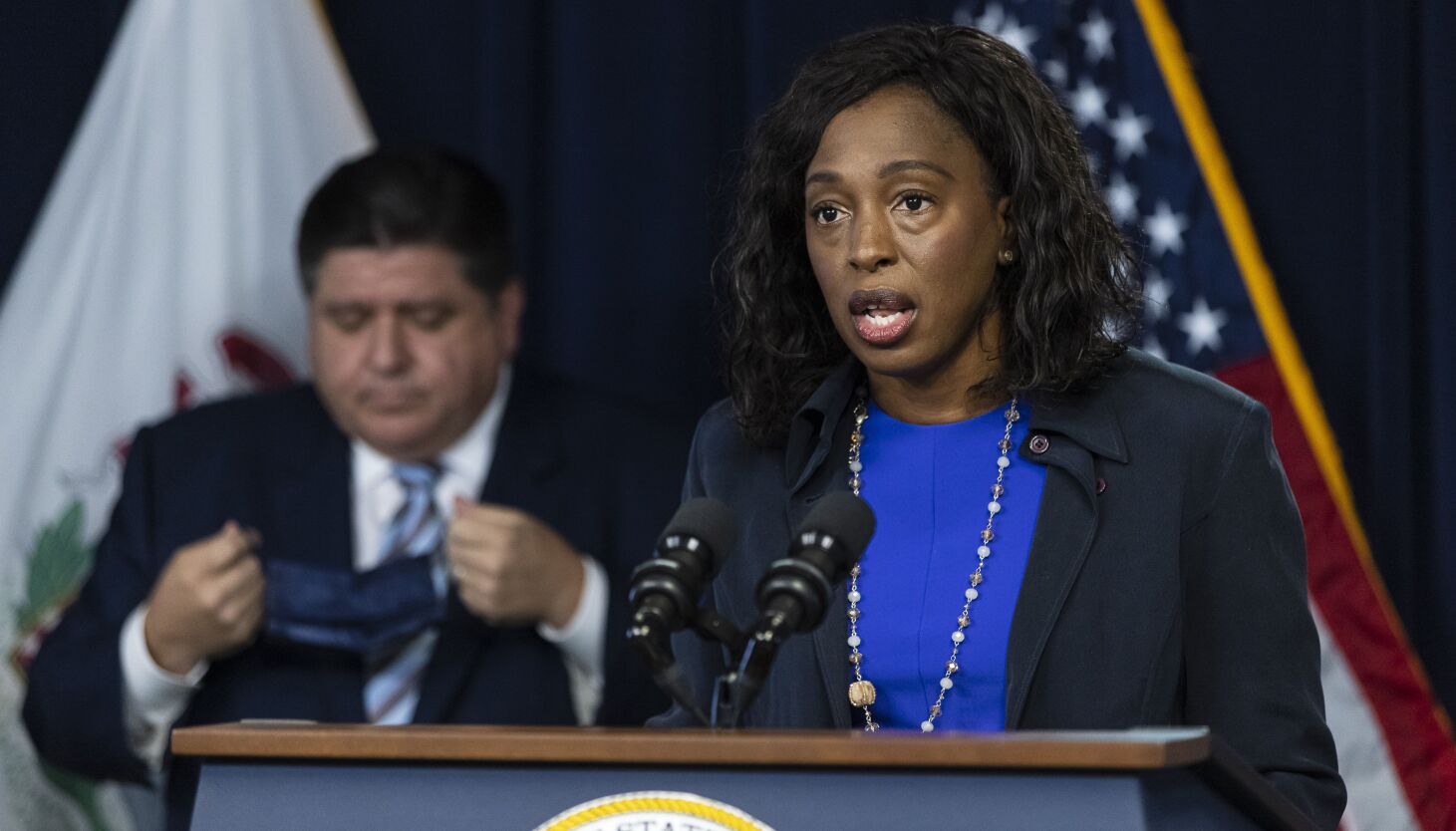 Sinai Chicago on the West and Southwest sides is looking to woo Dr. Ngozi Ezike, the director of the Illinois Department of Public Health who has helped shepherd the state through the COVID-19 pandemic, to become president and CEO.

The Sinai board of directors has been authorized to negotiate an offer with Ezike, WBEZ has learned. Ezike would replace Karen Teitelbaum, who is stepping down after steering Sinai since 2014.

Through a spokeswoman, Ezike said she’s not announcing any future plans.

In a phone call, a Sinai spokesman initially said, “I’m not in a position to make an announcement.” In a follow-up email, he said the board has been working with an executive recruitment firm that during the fall and winter vetted internal and external candidates nationwide.

“We are confident that these efforts will result in a qualified and capable leader with both the vision and passion to guide Sinai Chicago into its second century of service,” the spokesman said.

Sinai is a so-called safety net that treats mostly low-income Black and Latino patients at its two main hospitals — Mt. Sinai and Holy Cross, Illinois public health records show. The nonprofit health system has a rich legacy in Chicago, treating patients for more than a century. In the early 1900s, Sinai established a hospital to take care of Eastern European Jewish immigrants and to train Jewish physicians who were denied those opportunities elsewhere, according to the health system.

Many prominent and connected leaders have served on Sinai’s board over the years, including former Chicago deputy mayor Steven Koch and Susan Sher, who was former First Lady Michelle Obama’s chief of staff.

Besides its two main hospitals, Sinai has many neighborhood clinics. Its research arm, Sinai Urban Health Institute, is well known for training an army of community health workers who help connect with nearby residents who suffer from some of the worst health disparities in Chicago.

Ezike became one of the most recognized public faces during the pandemic. She’s been a constant fixture at Democratic Gov. J.B. Pritzker’s news conferences, as he updated the public about the rollercoaster of cases, hospitalizations and deaths from the virus over the last two years. Ezike delivered emotional, empathetic speeches in both English and Spanish, imploring Illinoisans to do their part to help overcome the virus.

In a heartfelt goodbye, Ezike announced earlier this week that she planned to leave the Illinois Department of Public Health on March 14. She spoke highly of her team of “unsung heroes,” and of the residents who have supported her during the pandemic.

“I absolutely received the renewing strength that people all across Illinois sent me through their prayers,” Ezike said. “All of the people and all of their stories I will carry always in my heart.”

She arrived at the department about three years ago. She’s an internist and pediatrician who spent more than 15 years at Cook County’s government-run health system, the biggest safety net in the region for patients who are low-income or uninsured.