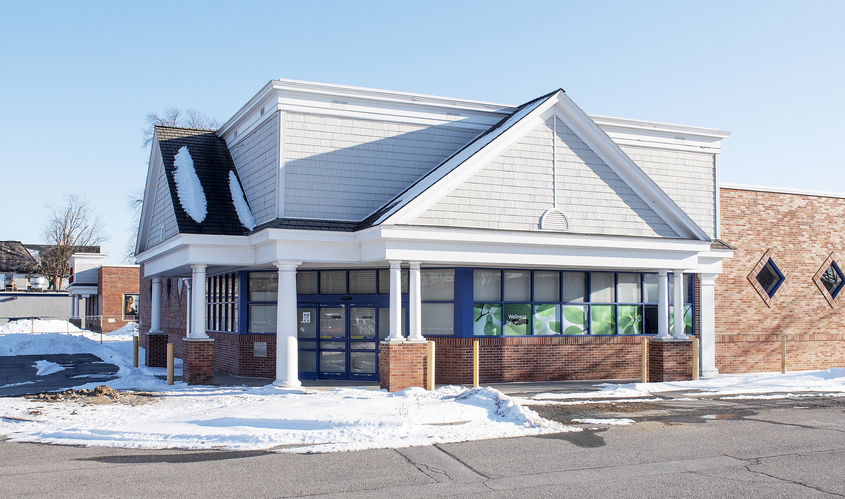 The organization, which serves in part as a safety-net healthcare provider for uninsured and underinsured people, gained a significant influx of patients last year when it took over Ellis Medicine’s dental clinic at 600 McClellan St.

With state and federal regulatory approvals, and permission from the Schenectady Planning Commission, which will review the proposal March 16, the new clinic could open for operation in late 2022.

“We bought the former Rite Aid back in August and we’re very much on track for opening a new state-of-the-art dental facility, hopefully by the fourth quarter,” Gambino said.

Hometown is seeing high demand for its dental services.

“Dental is busy, no question about it,” he said. “We’re basically the only game in town when it comes to Medicaid services for dental. Most providers don’t take it.”

“We could not accommodate Ellis’ full allotment of patients at our health center site here on State Street,” Gambino said. “We decided to keep that site open until we actually had the new site open.”

Hometown expects its patient volume to grow, and hopes it will, Gambino said. Its staff always pitches prevention to patients, but oral care is one of those things that tends to slide in communities with time, money and transportation limitations.

Additional dentists, hygienists and assistants are being hired. The new clinic will be full-range, including general dentistry, pediatric dentistry and oral surgery.

Aesthetically, it will be very different from a cookie-cutter corporate drug store.

“The plans have an atrium that we’re going to put in the front that will be all-glass,” Gambino said. “It will definitely not look like a Rite Aid, it will look much more modern.”

The tab for all this, including purchase of the real estate, is expected to be $6.5 million.

To cover the cost, Hometown is attempting to put together a patchwork of funding sources including the American Rescue Plan Act of 2021, a grant from the Schenectady Foundation, an appropriation through U.S. Rep. Paul Tonko, and its own financial reserves.

If all goes well, Gambino said, construction could start in June.

More from The Daily Gazette: