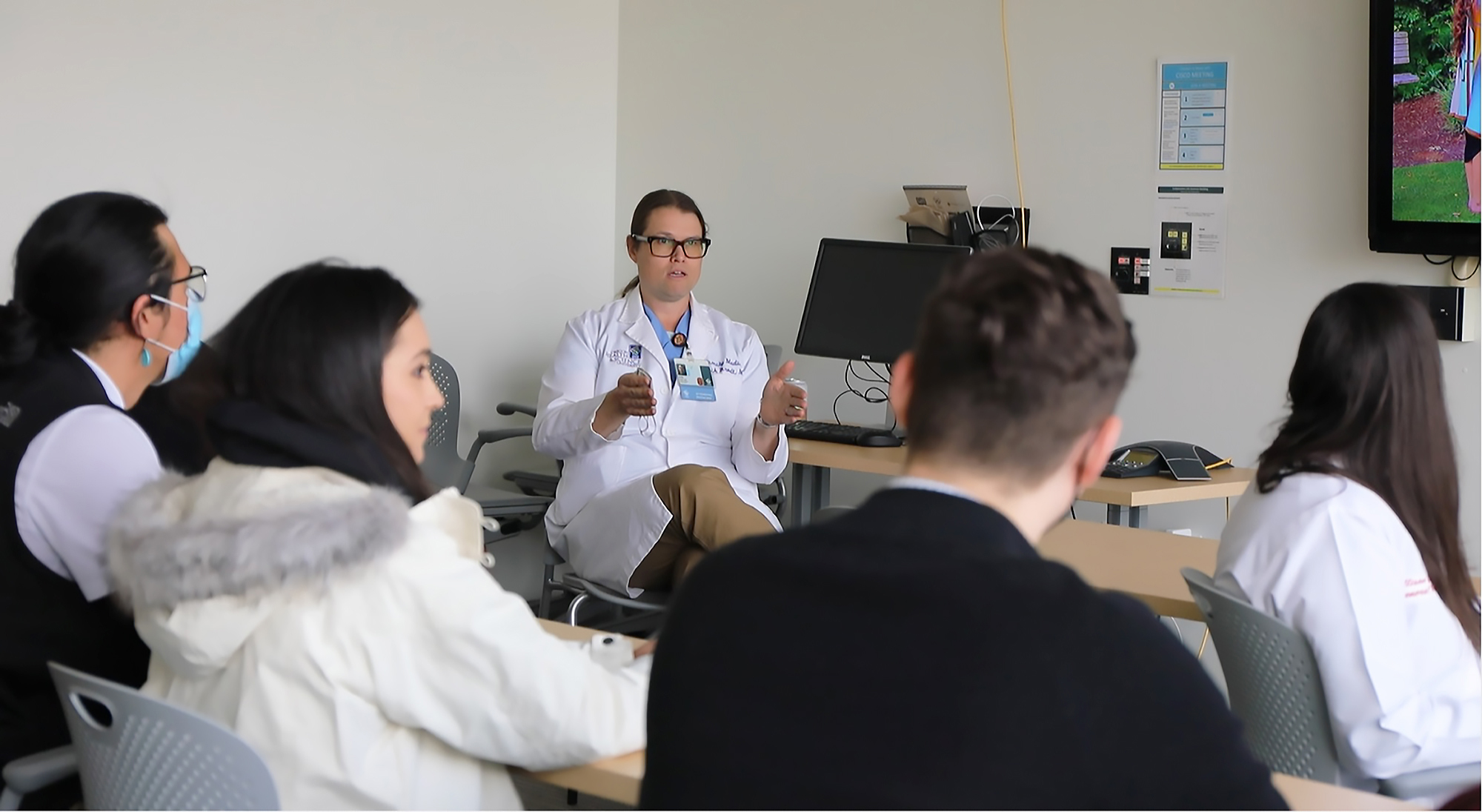 A growing group of Native American faculty at Oregon Health & Science University envision improving health care for all by helping more Natives to become health professionals. The grassroots group is having early success in Oregon, and are setting their sights on making an even bigger impact nationwide.

“It’s becoming increasingly normal for American Indian and Alaska Natives to treat patients in OHSU’s hospitals and clinics, and for Natives to study in our schools,” said Erik Brodt, M.D., an Ojibwe family medicine physician who is the assistant dean for Native American health in the OHSU School of Medicine. “Some days it feels a little bit like we’re in the middle of a dream. We’re determined to make this dream normal not just for OHSU and Oregon, but across the U.S.”

Brodt is founding director of the OHSU Northwest Native American Center of Excellence, which was established in 2017 to make becoming a doctor, a nurse, a pharmacist or any other health professional more accessible for Native youth, as well as to help working Native health providers grow in their careers.

Health care leaders have long advocated for increasing workforce diversity to help reduce health disparities that are common for people of color. But Native Americans rarely have this luxury. Of the roughly 938,000 physicians working in the U.S., less than one percent were Native American in 2018.

One of those students is Jared Delaney, B.S., a 23-year-old member of the Klamath Tribes who grew up in Klamath Falls. Delaney became an OHSU medical student last fall after completing a rigorous 10-month program known as the Wy’east Post-Baccalaureate Pathway.

As one of the OHSU center’s initiatives, Wy’east helps talented Native students overcome obstacles that can otherwise prevent them from studying medicine. The pathway offers a mix of science and public health coursework, MCAT preparation, research, study and self-care skills, and tribal community health service projects.

“Being accepted into Wy’east was like winning a golden ticket for Willy Wonka’s factory,” Delaney said. “Being from a minority culture can be super alienating at a big institution, and having other Native students and staff here to lean on and learn from has been huge in helping me this first year.”

Another is Jacob Smith, B.S., a 26-year-old descendant of the Confederated Tribes of Umatilla (Walla Walla) who grew up in Hillsboro. Smith was a member of the first Wy’east cohort, and is now a third-year OHSU medical student who is preparing to apply for dermatology residency programs.

“The people who supported me in Wy’east are still supporting me today, and I know they’ll support me in the future,” Smith said. “I hope someday I’ll be colleagues with the faculty I initially met as a Wy’east student.”

Since the pathway’s first class started in the fall of 2018, 27 students have completed Wy’east and 22 have enrolled in medical school.

Wy’east continues to grow. Federal support will allow the pathway to increase the number of students in each class from up to 14 today to up to 22 this fall. And state funding will enable OHSU to develop a similar pathway for Native nursing students. Brodt and his colleagues also hope to extend Wy’east to dentistry and pharmacy, and are encouraging other medical schools to start similar initiatives of their own.

While Brodt and his colleagues are focused on removing the health inequities that Native Americans too often experience, they believe increasing the number of Native health professionals will benefit all Americans, regardless of their background.

“When settlers first came to what is now the United States, many of them weren’t very healthy, and Native communities helped them survive,” Brodt said. “In the future, I think that cycle will be replayed, and Indigenous people will again be the leaders who restore our collective health.”

The website Here is Oregon first published this story on April 25, 2022, and a portion of this story was also published in the May 1, 2022, print edition of The Oregonian.