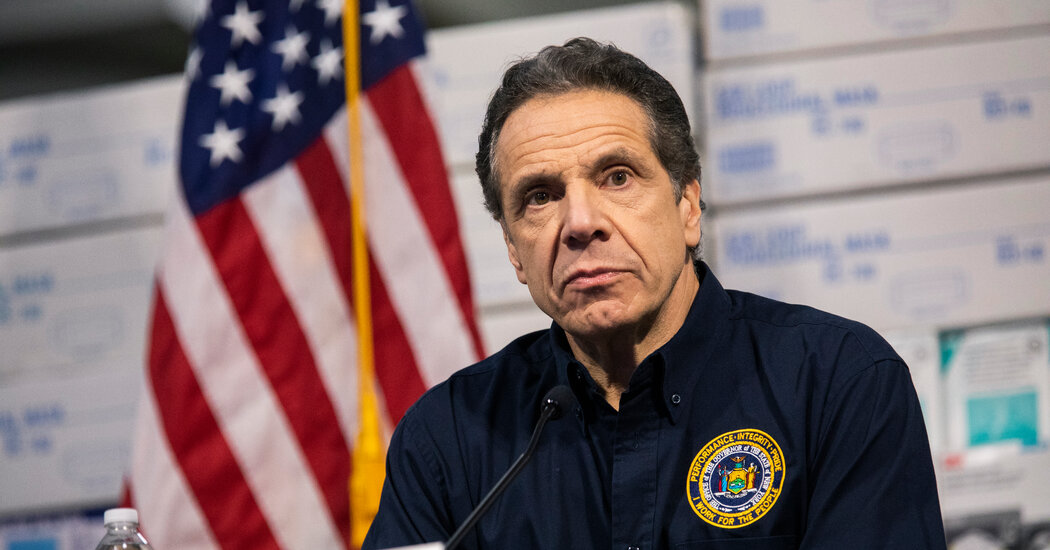 “As the number of out-of-facility deaths were reported last January, this is not news,” said Richard Azzopardi, Mr. Cuomo’s spokesman. “However, what is peculiar is the comptroller’s release of this audit now — but no one has ever accused him of being above politics.”

The comptroller audit lays out the shifting methodologies the Health Department used to collect nursing home death data, outlining how many nursing home deaths it was aware of, but failed to disclose at different points during the pandemic.

The report found that the underreporting of the death data was initially a result of poor data collection by the Health Department when New York unexpectedly became the epicenter of the pandemic in March 2020. But officials still failed to release the full extent of nursing home deaths even as the data gathering improved.

The report suggests that, by May 2020, health officials had audited internal discrepancies and possessed mostly reliable numbers that could have been made public.

For example, the Cuomo administration had internal data showing that the deaths of 13,147 nursing home residents were reported as of Feb. 3, 2021. But it publicly reported that only 9,076 deaths were tied to nursing homes during that time period, failing to report 30 percent of the deaths, the report said.

At the time, the Health Department was led by Dr. Howard A. Zucker, who resigned after Mr. Cuomo was replaced by Gov. Kathy Hochul. More than 67,000 people have died because of the coronavirus in New York since the beginning of the pandemic. As of Tuesday, 15,360 of those were nursing home residents, according to state data.

In a 12-page rebuttal to the report’s findings, the Health Department forcefully pushed back against conflating the Cuomo administration’s issues with transparency with the work of the department’s staff and the manner in which they use public health data.