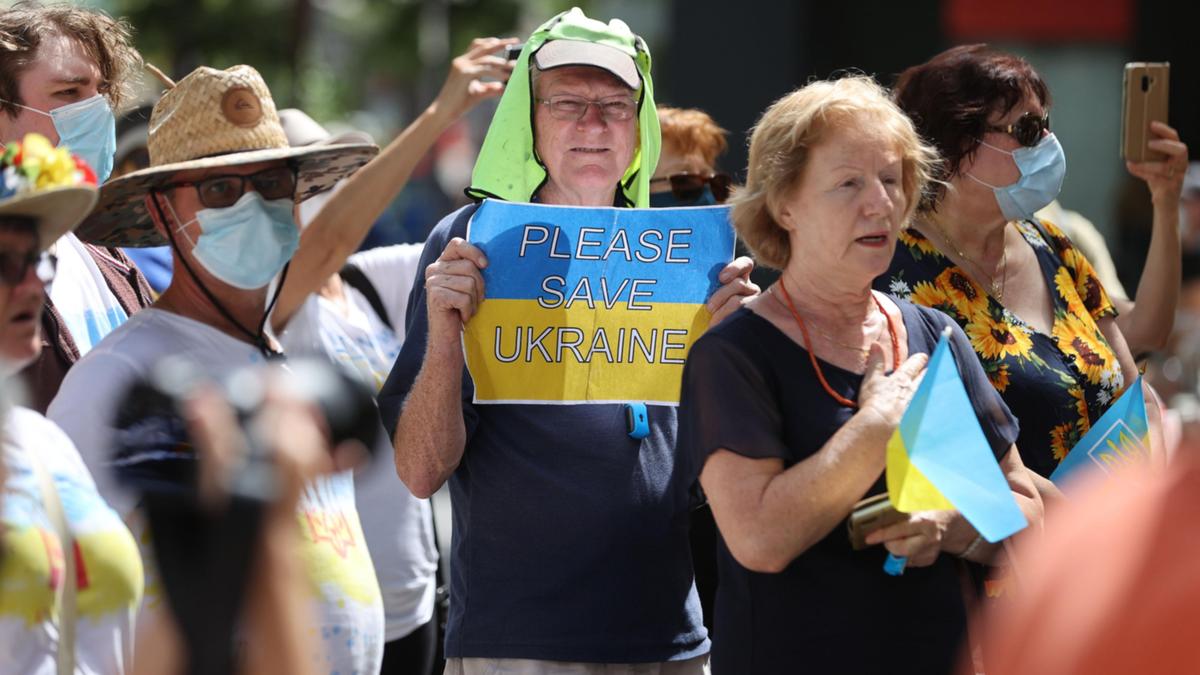 Perth musicians took to CBD streets on Saturday to play the Ukrainian anthem in a tribute concert for the war-torn country.

The event has been among a string of demonstrations in WA since Russia invaded the eastern European nation, in what has become a weekly show of local support.

Conductor Elise Chong, who organised the event at Wesley Church, said music brought hope to people in times of trouble.

“The beautiful thing about music is that it brings people together in peace,” she said.

“I felt it was my responsibility as a musical leader to put the call out and bring people together.”

About 30 classical performers played the Ukrainian national anthem and a song titled A Prayer for Ukraine by Mykola Lysenko.

The diverse group of performers included both old a young, professionals, music teachers and students.

There were very few dry eyes in the crowd, with attendees visibly moved by the musical pieces.

Ms Chong said the performance was a sign of solidarity that Perth stands with Ukraine.