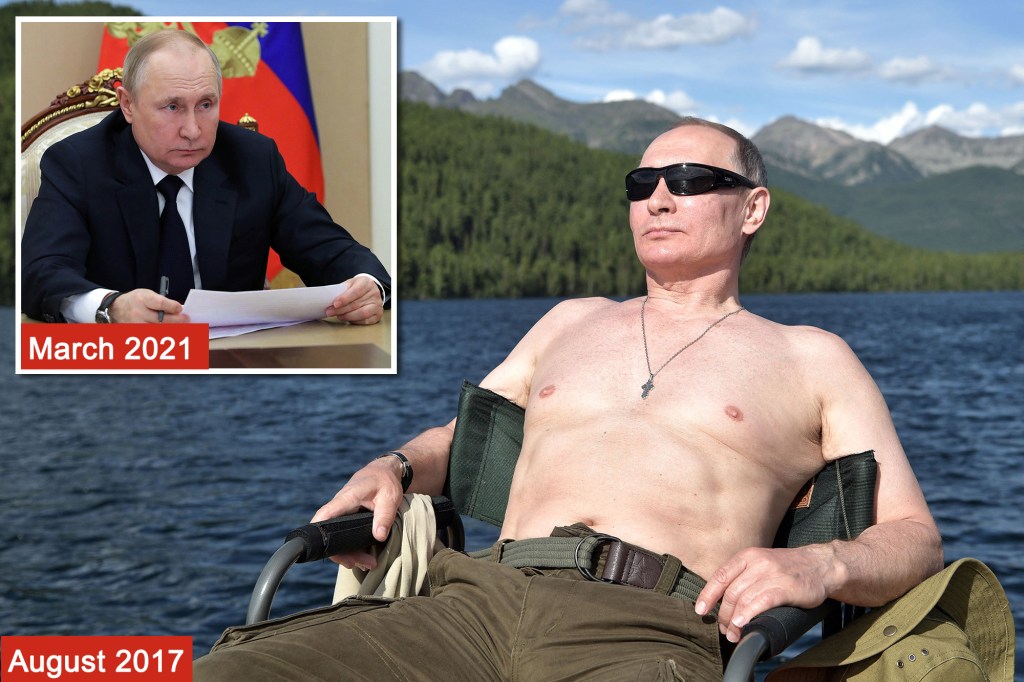 Russian President Vladimir Putin’s “increasingly erratic behavior” could be caused by ‘roid rage or a brain disorder such as dementia, according to a new report.

People close to the Kremlin and high-up Western intelligence sources told the Mail on Sunday they think there is a medical condition to explain the Russian despot’s reckless invasion of Ukraine and his bizarre other behavior.

“There has been an identifiable change in his decision-making over the past five years or so,” an unnamed security source told the Mail.

“Those around him see a marked change in the cogency and clarity of what he says and how he perceives the world around him,” the source said, adding that Putin is “simply not being briefed” now on the Russian army’s failures.

The sources speculated that Putin, 69, could have dementia, Parkinson’s disease or “roid rage” from potential cancer treatment that involves heavy steroid use. They also cited his recent bloated appearance as evidence he may be ill.

Putin is a known hypochondriac and has gone to extremes —‚ including sitting at one end of an extremely long table, with other world leaders or his top aides at the other — to avoid getting COVID-19. He also has been known to don a full hazmat suit to visit a Moscow hospital with coronavirus patients.

Some sources told the Mail they believe his COVID-19 safety measures stem from his possible comorbidities.

Putin’s strong physique and physical health have previously been a major part of how he brands himself to the Russian people and the world, famously appearing shirtless while riding a horse in an effort to flex his vigor.