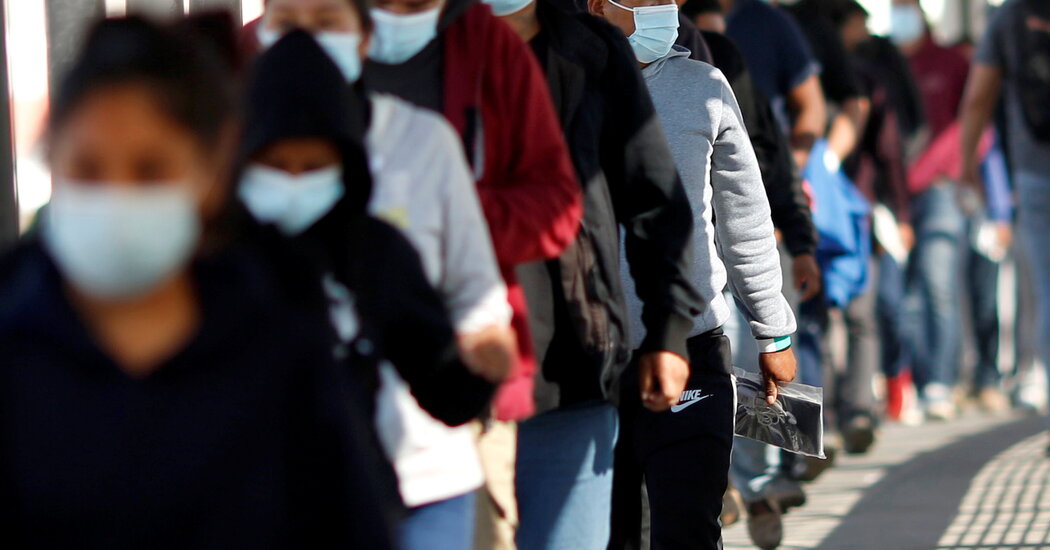 WASHINGTON — The Biden administration can no longer use a public health rule to justify expelling migrant families who cross the border without documentation if doing so would subject them to persecution or torture, according to a federal appeals panel ruling issued on Friday.

At the beginning of the pandemic, the Trump administration turned to the obscure provision of public health law, known as Title 42, issuing an order that gave border officials the authority to immediately turn migrants away at the southwest border, even if they were seeking asylum.

The Biden administration has kept the order in place for all migrants except children who arrive at the border without a parent or guardian. Officials have said it falls to the Centers for Disease Control and Prevention to decide when the rule can be lifted. The agency’s next review of the policy will be in April.

“For now, the Executive may expel the Plaintiffs, but only to places where they will not be persecuted or tortured,” said the ruling, issued by a panel of the U.S. Court of Appeals for the District of Columbia Circuit. To convey that, immigration law experts say migrants need to tell officials that they are at risk of such an outcome. By law, that is done through a so-called credible fear hearing, a time-consuming, resource-intensive step that immigration officials have largely been able to avoid during the pandemic because of the public health rule.

Expulsions under Title 42 have proved an efficient way to expel undocumented immigrants at a time when a record number have crossed the southwest border. The Biden administration did not immediately respond to requests for comment on the ruling.

The ruling does not apply to single adult migrants — only to families arriving at the border together. But the court’s opinion could make it harder for the administration to justify that no migrant is entitled to express a fear of persecution or violence.

Since the order was put in place in March 2020, more than 181,000 migrant families have been expelled under it. But that is only 25 percent of the families who have been caught crossing the border since then. Many have been allowed into the country to face deportation proceedings for a variety of reasons, including humanitarian exceptions.

Critics of the rule, including a number of public health experts, have said there is no public health benefit to expelling migrants to prevent the spread of Covid-19 in the United States. The appeals panel appeared to agree.

“To be sure, as with most things in life, no approach to Covid-19 can eliminate every risk,” the panel wrote. “But from a public-health perspective, based on the limited record before us, it’s far from clear that the C.D.C.’s order serves any purpose.”

The order, it added, “looks in certain respects like a relic from an era with no vaccines, scarce testing, few therapeutics, and little certainty.”