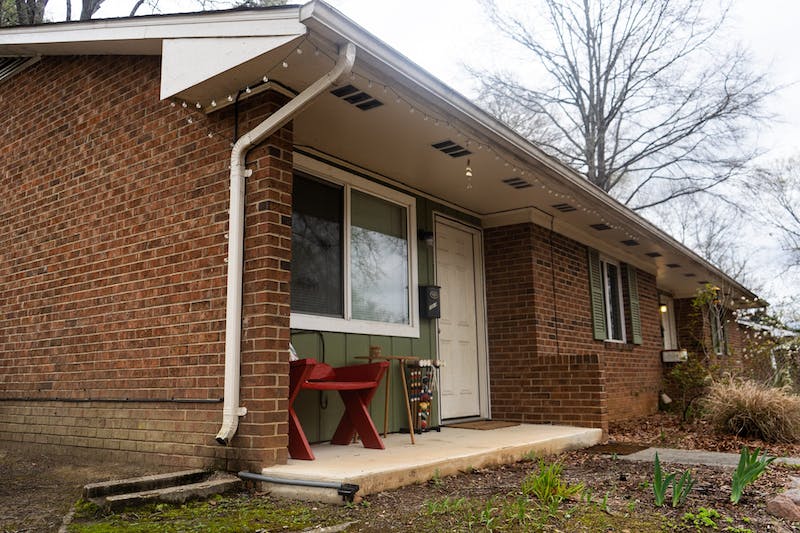 The Chapel Hill Town Council passed a non-binding agreement to continue redeveloping the Chapel Hill Police Department lot in an 8-1 vote during its March 23rd meeting.

As of now, the lot exclusively houses the police station. The town manager’s office, however, recommended a redevelopment that would add in roughly 250 units of affordable housing, access to a nearby fire station, connections to the Bolin Creek Trail, 80,000 square feet of office space and more than 400 parking spaces.

The site would also contain a retaining wall for the Bolin Creek floodplain to reduce runoff.

Although passed, several council members and community members expressed concern about the presence of coal ash on the site, which was found in 2013.

Coal ash can increase risks of health problems for individuals if it is airborne or present in drinking water, including respiratory issues, according to research from environmental consulting firm Hart & Hickman and law firm Poyner Spruill. Studies have also identified the potential risk of developing behavioral issues such as ADHD in children.

Adam Searing, the only council member to vote against the project, said he was concerned about building housing on the site, emphasizing that coal ash has been found to be potentially harmful among children and their health.

“Every child in Chapel Hill deserves the chance to come to school healthy and ready to learn,” he said. “If we decide tonight to let some of our children grow up on giant mounds of hazardous coal ash, that goal becomes far harder to achieve.”

Though efforts have been made in recent years to dig up and cover the ash, the research from Hart & Hickman and Poyner Spruill details how some unexposed areas remain on steep hillsides throughout the lot.

Town officials estimate removing the ash to cost more than $13 million — a process that would take more than three years and 5,000 truck trips to a designated landfill. An excavation process could also risk contaminating nearby Bolin Creek and exposing surrounding areas.

Mayor Pam Hemminger said such an endeavor is not the best option for the town to undertake, regardless of the cost.

“We wanted to (decide on) it based on science and environmental issues,” she said. “It’s been studied many different ways, but removing the coal ash is a lot more than $10 million. It has a lot more potential to put coal ash into the air and to cause the workers who are doing that work a great amount of risk.”

Searing said he would support the development if it was revised to only include offices and retail spaces instead of the proposed residential zoning.

He added that he is surprised more parents haven’t demanded the council to do more about the issue.

“It’s unbelievable when you look at it with your own eyes,” he said. “No one can guarantee 100 percent that there’s not going to be a storm or building housing on this waste dump isn’t going to injure folks in our community.”

Town officials have said the presence of coal ash currently poses no risk to police officers working on the lot, and potential risks could lessen after development is completed.

In order to ensure the site’s and future developments’ safety, the town is partnering with the North Carolina Department of Environmental Quality.

“We’re going to take every step that we can to make sure that site safe for whatever we end up putting there,” Town Manager Maurice Jones said.

To get the day’s news and headlines in your inbox each morning, sign up for our email newsletters.