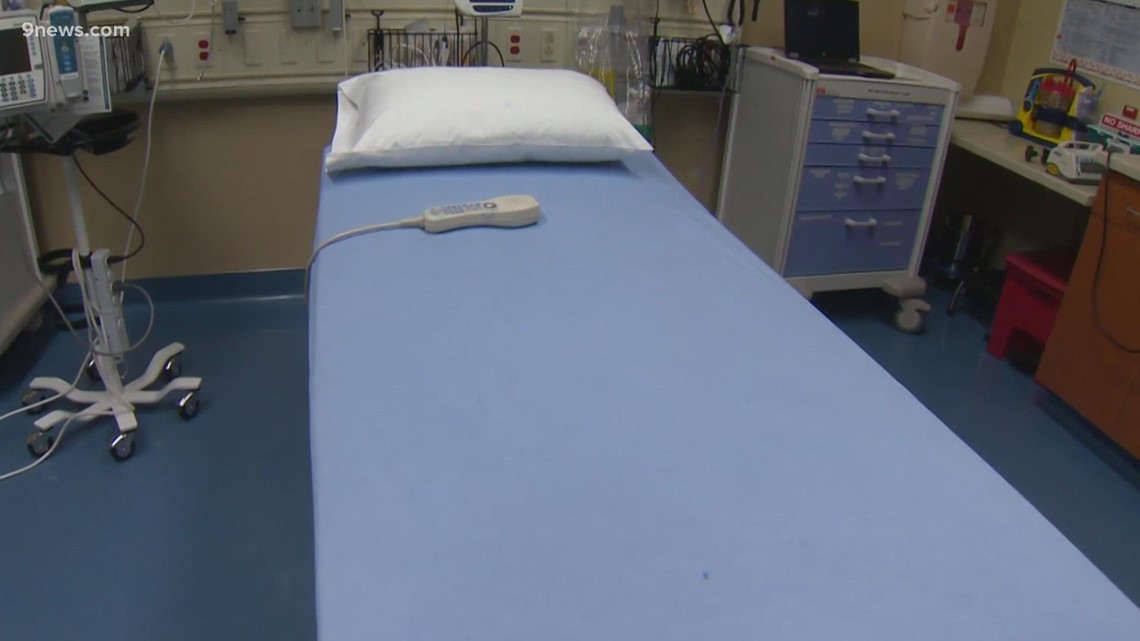 DENVER — When a child is in a mental health crisis, parents who just want to wrap them in comfort are sometimes forced to send their kids out of state — the help they need cannot be found in Colorado.

Heidi Baskfield with Children’s Hospital Colorado said one in four kids in in-patient care there are up against out of state placement. It’s happening so often that health care providers are feeling defeated.

“It makes you feel like you are not good at your job,” said Baskfield. “You can’t give parents and their children what they absolutely deserve.”

Baskfield said over the 10 years, Colorado lost 1,000 beds for youth mental health care, as more kids have been coming in sicker. She points to issues with funding, including insurance and tax dollar allocation.

She said training and making sure staff are emotionally ready for more severe cases is also another factor when it comes to having enough care.

“It’s hard not to get emotional,” she said.

As a mom herself, Baskfield said families have other siblings, or have to keep working to pay for their child’s care, and are potentially separated from their kids across the country.

“These conversations are horrible,” she said. “Horrible.”

State Rep. Dafna Michaelson Jenet (D) knows what it’s like to fall through this crack.

“Our son struggled with serious depression and suicidality,” she shared.

She said by high school, they had to find help outside Colorado because they were looking for an option to to continue his education in an environment where he was kept safe.

“He was doing it all by himself,” she said. “We were far away. That was really very hard.”

Michaelson Jenet is sponsoring a bill aiming to close the gap in care that also highlights the pitfalls of the state’s mental health care system. She said that includes lack of care across the board, which is why, if approved, the bill would fund a new neuro-psych facility with 16 beds.

“When they said 16 beds, I blew a gasket,” said the representative. “Sixteen beds, we can’t do this. We are sending 60 to 70 kids out of state a year. They explained those 60-70 kids are not going at the same time. There’s an ebb and flow.”

It would also fund an additional 30 beds around the state for continued care, but staffing is a massive challenge.

“It’s not for a lack of trying or investments,” said Baskfield. “New dollars are flowing in and playing providers differently in this space but it’s late in the game.”

Baskfield said this issue is going to go on for a while and is also causing trauma for these kids.

The proposed bill is a part of a group of bills that, if passed, would be funded with the help of federal pandemic relief dollars.

It also would address training and educating potential staff in the communities new beds would go to help build a pipeline of people to take care of these children.

RELATED: Post-traumatic stress begins to set in for some Marshall Fire survivors

SUGGESTED VIDEOS: Full Episodes of Next with Kyle Clark