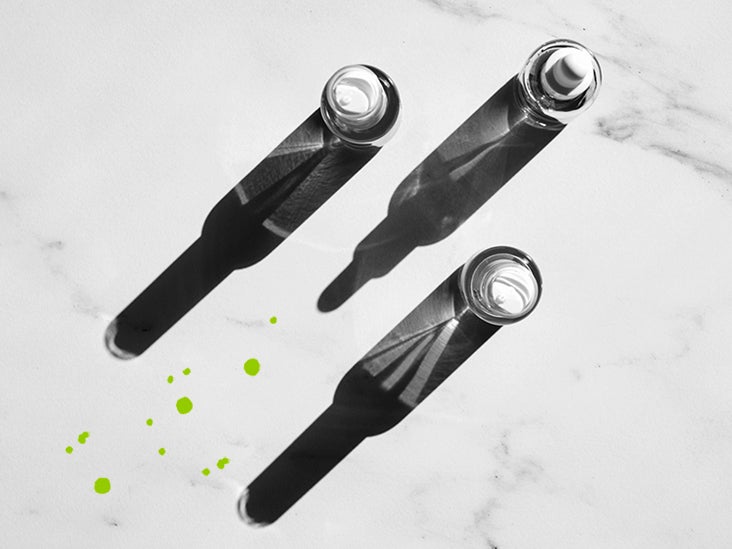 A number of small studies and anecdotal evidence suggests that cannabidiol (CBD) oil for Parkinson’s may help with some symptoms. However, there is no conclusive research showing CBDs effectiveness in treating Parkinson’s or its symptoms.

The Parkinson’s Foundation issued a Consensus Statement on the Use of Medical Cannabis for Parkinson’s Disease in 2020. Medical cannabis includes derivative compounds such as THC and CBD. The statement urges caution, pointing to potential side effects, and emphasizes the need for more research.

That said, as of yet, the Food and Drug Administration has only approved one CBD-based drug for the treatment of a rare seizure disorder. This approval has increased interest in the use of CBD in the treatment of movement disorders, such as Parkinson’s.

Read on to learn more about using CBD oil for Parkinson’s, including the benefits, risks, and more.

Read more about terminology and other important CBD information here.

A number of studies suggest that there may be some benefits of CBD for Parkinson’s. The problem is that most of these studies are small, low quality, or animal studies rather than human ones.

Additionally, because the FDA does not regulate CBD products, there is no guarantee that product purity is consistent, making it difficult to get the right dose.

A 2019 paper proposes that cannabinoids such as CBD oil may help reduce neurological inflammation, which could treat Parkinson’s. More research needs to test this claim.

A 2020 study tested Epidiolex, an FDA-approved CBD drug for seizures, for Parkinson’s. Of 13 participants, three quit the study because of side effects. The remaining 10 experienced improvements in their Parkinson’s disease symptoms. However, five of 13 participants developed elevated liver enzymes — a side effect the researchers attribute to the high dose of the drug.

While these results are promising, the sample size was very small, and there was no placebo to compare results to.

A 2019 paper reviewed prior studies on CBD and Parkinson’s. The study included four randomized controlled trials. However, just one of these trials showed improvements in Parkinson’s symptoms among participants.

Once again, however, these studies involved only small groups of participants and were short in length.

Is CBD legal?The 2018 Farm Bill removed hemp from the legal definition of marijuana in the Controlled Substances Act. This made some hemp-derived CBD products with less than 0.3 percent THC federally legal. However, CBD products containing more than 0.3 percent THC still fall under the legal definition of marijuana, making them federally illegal but legal under some state laws. Be sure to check state laws, especially when traveling. Also, keep in mind that the FDA has not approved nonprescription CBD products, and some products may be inaccurately labeled.

There are no standard medical guidelines for using CBD for Parkinson’s because CBD is not a prescription drug. Studies of CBD often use dosages of per day.

People who want to try CBD should start with a low dosage, then gradually increase the dosage only if they experience no side effects.

Before trying CBD, contact a doctor about the risks and benefits, as well as any potential drug interactions.

CBD oil is considered a supplement, not a medication. that the FDA does not rigorously test CBD products to ensure they work.

Some potential risks include:

Some animal studies suggest CBD may affect male reproductive health. Researchers do not know if this effect extends to humans. They also do not know the long-term effects of CBD use.

Parkinson’s is a progressive, degenerative medical condition with no cure. This means that even with treatment, symptoms tend to get worse with time.

The lack of a cure and the both help explain why some people with the disease try CBD.

Most people take the drug Levodopa, which may help with movement symptoms. A doctor may also prescribe drugs such as:

Parkinson’s drugs usually ease symptoms for 3 to 6 years. However, they become less effective after that period.

A person may also need additional medications to manage symptoms such as erectile dysfunction, fatigue, depression, or mood changes.

Other treatments may also help. They include physical therapy to preserve physical strength, psychotherapy to deal with the challenges of living with Parkinson’s, assistive devices, and accommodations at work and school.

Cannabis usually refers to products containing tetrahydrocannabinol (THC), which is the psychoactive compound found in cannabis.

Learn more about the difference between CBD and THC here.

A 2020 study utilized questionnaires completed by people living in Germany with Parkinson’s. About half of the participants were aware of medical cannabis options in Germany (where it is legal) and 8.2% reported using it. Additionally, 68% reported using THC products.

Participants also reported that cannabis had few side effects.

However, because the study relied on questionnaires and self-reports, it also has a high risk of bias. More research must compare cannabis to a placebo.

A combination of genetic risk factors and environmental influences may lead to Parkinson’s. There is no evidence that a specific strategy can prevent Parkinson’s.

However, that exposure to harmful chemicals, such as pesticides, herbicides, and industrial chemicals, may increase the risk of Parkinson’s — especially in people who are genetically susceptible to the disease.

Avoiding harmful chemicals or wearing protective gear when exposure is inevitable may lower the risk.

suggests that strategies to reduce inflammation and damage in the central nervous system may help slow the progression of Parkinson’s. Antioxidants and exercise may be helpful and may also improve general health.

Parkinson’s is a progressive disease that affects the basal ganglia of the brain, slowly damaging movement and muscle control and often leading to dementia.

There is no cure for Parkinson’s, though treatment may work for a short time. However, it has unpleasant side effects and may eventually stop working.

Cannabis products, including CBD oil, may help some people with Parkinson’s manage symptoms and reduce medication side effects. Research, however, has not proven that CBD oil works as a treatment method or that it is safe.

People who want to try CBD should talk with a CBD-knowledgeable physician and start with a low dosage. They should also discuss options for trying CBD while continuing standard Parkinson’s treatments.