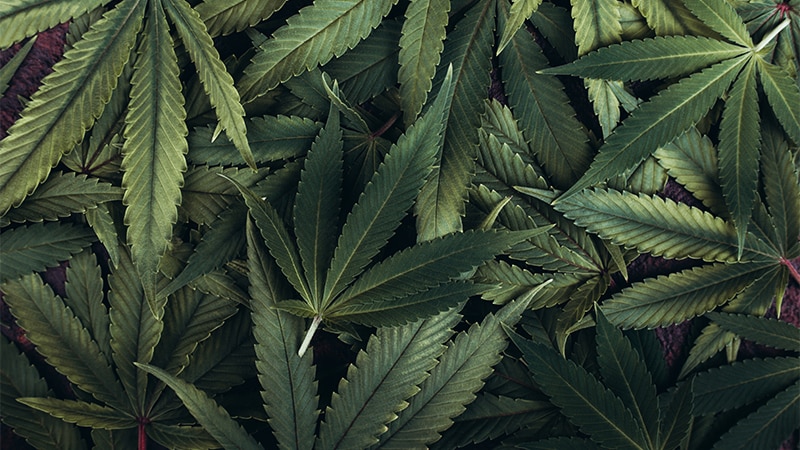 PARIS — Following the suspension of the decree that banned the sale of cannabidiol (CBD) flowers, raw cannabis is again available in France for over-the-counter sales. The “feel-good” plant is praised for its relaxing properties.

The suspension of the ban, which lasted for 3 weeks, is a mixed blessing for businesses that sell CBD-based products in France. Professional organizations in this booming sector filed a petition with France’s highest administrative court, the Council of State. At the end of January, the court suspended the government decree that banned the sale of cannabis-derived CBD flowers and leaves; however, it has yet to hand down a final decision as to the legality of the decree.

In just a few years, numerous shops have opened across France. They no longer have to settle for selling processed CBD products such as chocolate, oils, cookies — even wine. They can resume the sale of CBD hemp, which mainly comes in clusters of flower buds and can be smoked or used as an infusion.

Cannabis-derived CBD must have less than 0.2% tetrahydrocannabinol (THC) to be considered “feel-good hemp,” which is used in various consumer goods (such as food, cosmetics, and e-cigarette liquids) and is praised for its calming effects. But not all hemp is the same. Medical hemp, which is currently in clinical trials, combines varying doses of CBD and THC. And then there is THC-rich psychotropic hemp, which is illegal to sell.

The government’s decree cites health concerns as a justification for the ban. While uncertainties remain, “research studies have shown that CBD acts on dopamine and serotonin receptors in the brain […]. Therefore, using CBD can produce psychoactive, sedative, and sleep-inducing effects.” In addition to a preventive approach, the authorities cite the difficulties in distinguishing cannabis-derived CBD from THC-rich illegal cannabis — difficulties that complicate efforts in the war on drugs.

The government’s position sows confusion among consumers, who are attracted by the arguments in favor of CBD and intrigued by the promise of the substance’s calming effects. This confusion is heightened by the fact that there are not enough scientific data either to declare that CBD poses a real risk or, alternatively, to confirm that it has beneficial effects. While some studies have suggested that CBD has a potential benefit for treating anxiety, pain, and sleep problems, others suggest that it may instead be a placebo effect.

What actual benefit can be expected from CBD-derived products, in particular from using the plant’s raw extracts? We asked Dan Velea, MD, an addiction psychiatrist in Paris, to give us his thoughts.

Medscape: What do you think of the government’s position of banning the sale of cannabis-derived CBD flowers and leaves?

Velea: I don’t understand the reasoning behind this ban. Unlike THC, CBD is not an addictive substance. We’ve suspected that CBD had beneficial effects ever since noting that, just like THC, it could bind to the two types of cannabinoid receptors found in our bodies, CB1 and CB2, but without inducing a psychotropic effect or giving rise to dependence.

The CBD-derived products that are available on the market have infinitesimal amounts of THC — the threshold is 0.2% — which pose no risk. These products seem to be a particularly good alternative for certain at-risk users who are looking for a way that will help them cut down on their use of “traditional” cannabis, which has THC. However, due to a lack of research, the benefits of CBD cannot be confirmed.

Now that the decree’s been suspended, we can leave behind the ideological debate that has been built around cannabis in France. It’s time to focus only on discussions based on science. On that note, we also have to encourage people to do more research into cannabis’ therapeutic value.

Medscape: You believe that CBD can help people cut down on their cannabis use. Is that based on what you see in your practice as an addiction specialist?

Velea: Some of my patients have been quite successful in cutting down on their cannabis use by switching to CBD. Knowing the risk and harm associated with the absorption of THC, they prefer to smoke CBD instead. Of course, they don’t get the same dazzling effect that’s produced by THC, very high concentrations of which are often found in cannabis. But for them, the sensation they get from CBD is still pleasant. They describe it as having a soothing and fun effect; they quite like it. Given that the vast majority of people use cannabis recreationally, we can consider that this effect is no small benefit.

Even those who are highly dependent prefer to alternate, using CBD during the day and having just one THC joint in the evening. This makes them feel a lot better. In addition, it clearly reduces the health risks. In my opinion, CBD can be viewed as an alternative for people whose cannabis use is problematic. If a patient asks me about it, I give them an unequivocal answer: there are fewer risks associated with CBD than with regular cannabis.

Medscape: Isn’t there still a risk for abuse? A dose of cannabidiol that shouldn’t be exceeded?

Velea: Honestly, apart from the harmful effects of smoking CBD, I don’t see any health risks associated with its use. I’ve never had a patient present with complaints after using these products. No one has ever told me that they became addicted or experienced psychotropic effects. There are no changes in behavior, even at high doses. It should be mentioned that World Health Organization experts hold that there’s no abuse or dependence potential associated with the use of pure CBD. Furthermore, they say that the product is generally well tolerated.

Medscape: What other actual benefits does CBD have? People mention its relaxing, even anxiolytic, effects.

Velea: CBD-derived products are praised for their relaxing properties, which particularly help improve one’s sleep. It’s a question of knowing whether these are actual benefits or whether a placebo effect is involved here — something that would be enhanced in a person who firmly believes that these products bring about a sense of well-being. Even when CBD is used for pain relief, we can’t rule out the placebo effect as playing an important role in the outcome.

Some patients with serious diseases have been able to find comfort by using CBD. However, because there haven’t been any well-designed randomized studies, we’ve never been able to show clearly that the beneficial effect comes from the product itself. It’s also possible that the soothing, muscle-relaxing effect induced by CBD’s stimulation of cannabinoid receptors is actually what’s helping to relieve the pain. But this has yet to be proved.

Medscape: So, what position can a doctor take toward patients who express their desire to use CBD-derived products?

Velea: Without reliable studies to back them up, it’s difficult to say. Also, at the moment, there are legal gray areas that don’t allow doctors to take a position. As a result, users are put at a disadvantage and not given the opportunity to make the choice to use CBD-derived products in an informed manner. Even so, I think that as long as we don’t have scientific data, the use of these products must be limited to recreational use with the aim of bringing about relaxation. In the case of a sleep disorder, for example, doctors can’t replace standard therapeutic management aimed at improving the patient’s sleep cycles. For now, the only genuinely interesting aspect of CBD that I can see is that it makes it possible to cut down on the use of THC-containing cannabis.