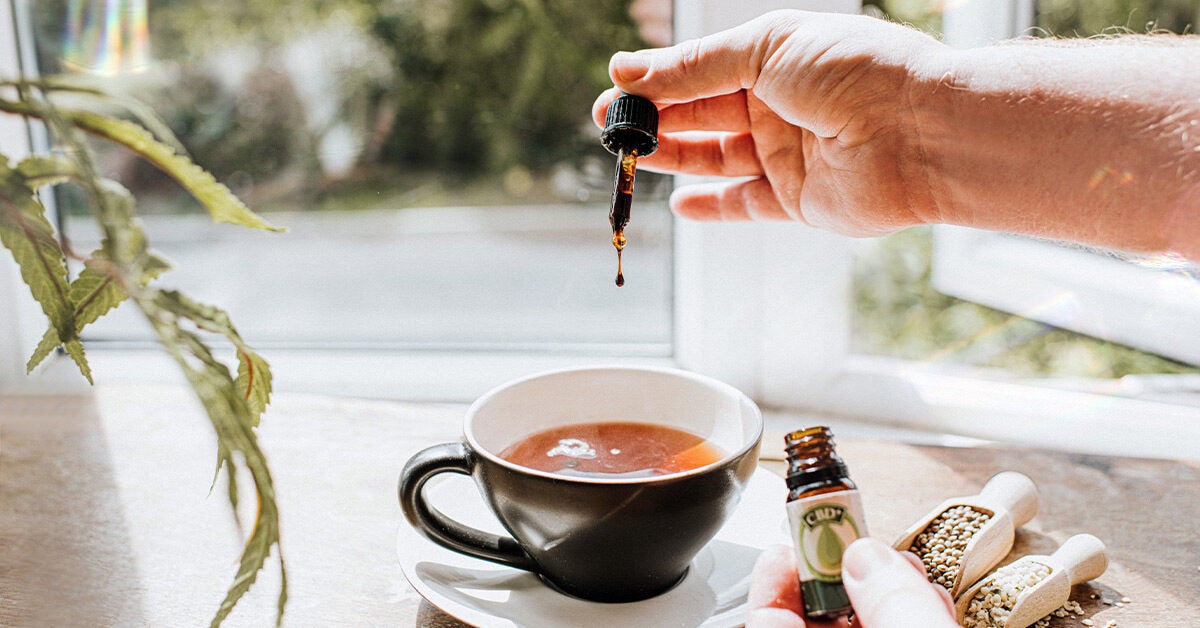 There are many health claims about cannabidiol (CBD) out there, but not all of these alleged benefits are legitimate. Many people claim that CBD can benefit your immune system, but there isn’t yet enough research to verify this claim.

Here’s a closer look at what experts do know about CBD and the immune system, including how CBD may offer some benefits to those with autoimmune conditions.

Before diving into CBD’s impact on the immune system, it’s important to understand how the endocannabinoid system (ECS) works. Everyone has an ECS, which is a cell-signaling system found throughout your body.

The main endocannabinoid receptors are:

Experts are still learning about the ECS and how it works, but it seems to play a role in a number of important bodily functions, including:

While some phytocannabinoids bind to the CB1 and CB2 cells, CBD doesn’t seem to do that. It’s thought that CBD works by preventing endocannabinoids from being broken down so that they can have a more potent effect on the body. It’s also possible that CBD might bind to a receptor that hasn’t been discovered yet.

Some people tout CBD as a natural way to boost the immune system, especially in the era of COVID-19, but there’s no evidence for this.

Typically, the immune system of a person without an underlying condition doesn’t need to be boosted. While there are lifestyle changes you can make to avoid weakening your immune system — like getting adequate sleep — there’s not much you can do to increase your immunity in an effort to avoid getting sick.

Research from and suggest that CBD has immunosuppressant and anti-inflammatory properties. These properties are important for those with autoimmune conditions, as inflammation is a common symptom of autoimmune disease.

However, most of the research around CBD and immunosuppression involves animal studies and lab studies. In order to understand whether CBD is a viable immunosuppressant, it needs to be studied in humans.

The good news is that research into CBD for autoimmune disease treatment is ongoing, with promising research suggesting that it could help with conditions like and .

An immunomodulator is something that can either suppress or stimulate the immune system.

While there’s quite a bit of evidence to suggest that CBD can have immunosuppressant properties, there isn’t enough research to suggest that it could stimulate the immune system.

Some people claim that CBD helps with the immune system because it might improve sleep and reduce the effects of stress. Poor sleep and stress are indeed linked to worse immune system function. However, this link will need to be examined further before we know for sure.

If you are immunocompromised, it’s best to stick to evidence-based treatments. Talk with your healthcare professional before trying a new treatment or supplement.

CBD is considered safe for human consumption. However, there are some side effects and potential interactions you need to know about before you use CBD.

Side effects of CBD can include:

Additionally, CBD can interact with certain medications. If your medications come with a grapefruit warning, it’s important to talk with a knowledgeable cannabis clinician before trying CBD.

Grapefruit, like CBD, interferes with CYP3A4, an enzyme that helps your body process certain medications, including immunosuppressants.

Medications that usually carry a grapefruit warning include:

It’s essential to talk with a healthcare professional before using CBD to manage any condition, especially if you’re taking any of the above medications.

There are a number of possible health benefits of CBD, and promising research suggests that it could help with a range of conditions.

While there is some evidence that CBD could work as an immunosuppressant, there’s little research on whether it can help stimulate a weak or compromised immune system.

No matter why you’re using CBD, it’s important to do so responsibly. It’s best to talk with a healthcare professional before using CBD.

Sian Ferguson is a freelance writer and editor based in Grahamstown, South Africa. Her writing covers issues relating to social justice, cannabis, and health. You can reach out to her on Twitter.