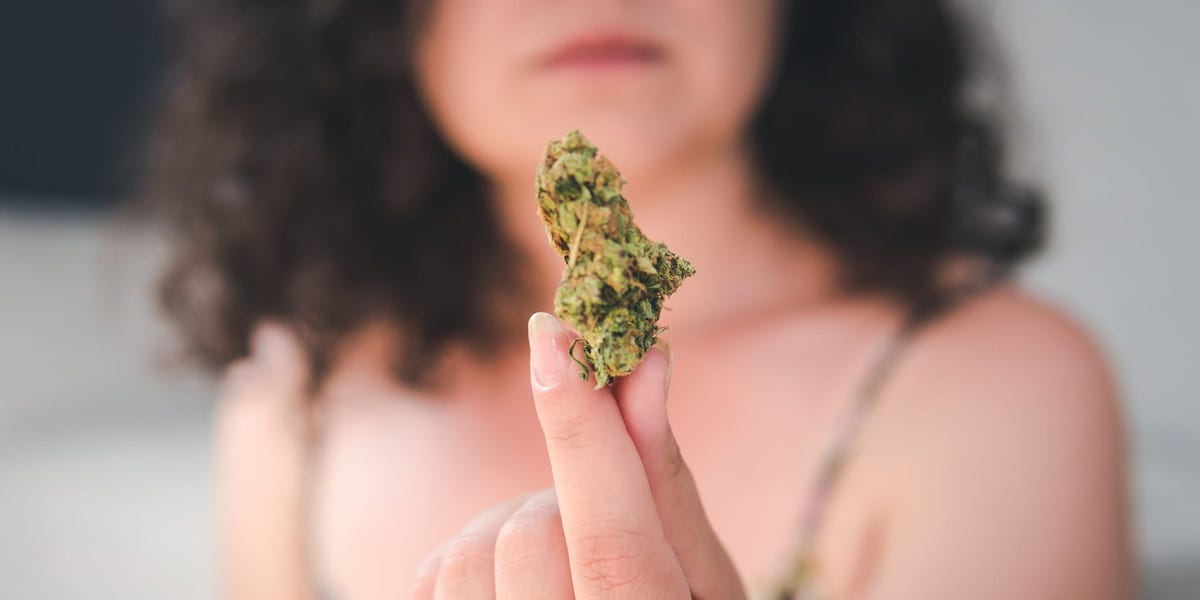 Get the Insider App

As states legalize marijuana and pot shops pop up around the country, cannabis has never been so mainstream. But misinformation surrounds the science of cannabis like wisps of smoke.

Cannabidiol, or CBD, is one of the more well-known cannabis compounds — in particular, it’s known for being non-intoxicating, unlike THC, which induces a “high.” When the 2016 Farm Bill made hemp legal nationwide, CBD (which can be derived from hemp) quickly became the most available cannabinoid in gas stations and wellness shops alike.

We don’t actually know much about CBD, though. Research moves slowly. Given the legal restrictions on studying cannabis for the past few decades, the science hasn’t caught up yet, leaving room for false claims to thrive.

Whether it’s the murky legality or dubious claims about CBD, it’s easy to get lost in the weeds. Here’s what you should know about some common myths:

Using cannabis probably won’t keep you from getting COVID-19, despite hype over a recent study

Two recent studies sparked interest in cannabis when it seemed like compounds from the plant could prevent infection with COVID-19.

However, there’s no research into how this might work in humans. Both studies modeled COVID infections in lab settings: one study found that some cannabis molecules bind to the virus’ spike protein, keeping it from entering human cells in a lab culture; the other modeled the infection in human lung cells as well as live mice.

Even though CBD appeared to keep the virus from replicating, preventing severe COVID-19 in mice, that doesn’t mean it’ll have the same effect in humans.

“For all we know, you’d have to eat 50 pounds of CBD for that to work — we have no idea if it will work as a medicine,” Peter Grinspoon, a doctor and cannabis specialist who was not involved in either study, previously told Insider.

CBD is not a cure-all

The CBD industry is already ripe with misinformation, and the recent findings related to COVID-19 aren’t helping.

Claims about CBD’s benefits hugely outnumber the studies, in part because until 2019, the US government held a patent on non-psychoactive cannabinoids, Cannabis Nurses Network founder Heather Mainus told Insider. That means federal agencies recognize the therapeutic potential of cannabinoids, but until recently, no one else could research their possible anti-inflammatory, antioxidant, or neuroprotectant effects.

??The only CBD treatment that is currently approved by the US Food and Drug Administration is Epidiolex, an oral solution for rare seizure conditions. There’s also preliminary evidence showing that CBD may help with anxiety and addiction urges, but most of the studies to date have involved animals or small samples of humans.

When paired with its psychoactive sister THC, CBD also has the potential to relieve chronic pain for people with multiple sclerosis and terminal cancer — but again, more research needs to be done to determine the correct doses and establish safe practices.

Taking a CBD isolate is not right for everyone

Some canna-newbies might opt for what’s called a CBD isolate — pure CBD which is refined in a lab until there’s no trace of THC left.

There are plenty of reasons why someone might want to avoid THC, from fear of getting high to the risk of failing a drug test. It’s true that even a CBD product with 0.3% THC could show up on a drug test, but it’s unlikely to have a psychoactive effect.

However, CBD works best when combined with THC or other compounds from the cannabis plant. There are more than 120 different cannabinoids and several lesser-known terpenes that can be extracted from cannabis plant, either as isolated tinctures or a cannabinoid cocktail. A 2020 review of studies found that these elements work best when combined, which is often called the entourage effect.

Mainus prefers the term “ensemble effect,” comparing CBD and other cannabinoids to sections in an orchestra. A CBD isolate might work like a brass section playing alone, Mainus said — it’s music, but not a full symphony.

Some products called “broad spectrum” contain several cannabinoids, but the THC has been taken out. Even if you’re not looking for a high, THC can give non-psychoactive cannabinoids like CBD a needed boost.

“The broad spectrum could be something like your winds and your brasses and your strings, but maybe you don’t have your percussion instruments, so the beat isn’t isn’t keeping up,” Mainus said. “The full spectrum is like the full orchestra of all of the instruments playing in tune together to create this beautiful harmony.”

A CBD gummy won’t do much

What we do know for certain is that taking a single dose of CBD won’t work, unless you have the placebo effect on your side.

Vince Sanders, founder of CBD American Shaman, said one of the most common mistakes people make with over-the-counter cannabinoids is not taking them regularly.

“If you take [CBD] properly — meaning you take it at least twice a day, morning and night — it produces a homeostasis or balance within your body,” Sanders told Insider. “A lot of people that have stress and anxiety issues, when they take CBD regularly, see a massive decline or it completely goes away.”

Cannabis acts on the endocannabinoid system, which is also the body’s way of maintaining a natural balance. You have to build up a certain amount of CBD or THC in the body to notice an effect. Once you do, that impact can be huge, Mainus said.

“When we say cannabis seems to work for everything, it’s not a silver bullet,” she said “But it can address that communication level between body systems and help to regulate that.”