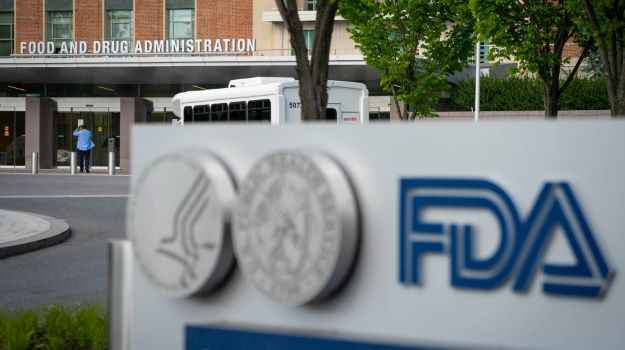 Tetra Bio-Pharma announced that its investigational new drug involving cannabinoids, QIXLEEF, received guidance to strengthen its nonclinical and toxicological data from the U.S. Food and Drug Administration, which brings it closer to marketing approval.

QIXLEEF is an aerosol botanical therapy with fixed doses of tetrahydrocannabinol (THC) and cannabidiol (CBD), both cannabinoids derived from cannabis. The drug is inhaled using a medical vaporizer and is intended to manage pain as an alternative to opioids.

In Nov. 2021, Tetra, a Canadian-based company, shared positive initial clinical data from its ongoing Phase II clinical trial of QIXLEEF assessing its efficacy compared to three types of immediate-release oral opioids that indicated QIXLEEF had a positive effect on pain relief. Additionally, the drug was well-tolerated and showed a favorable safety profile. The company stated that the drug’s pharmacokinetic profile is well indicated to help manage short episodes of pain.

Now, Tetra has received a response letter from a Type C meeting with the FDA held to discuss the nonclinical safety requirements for the marketing approval of QIXLEEF. Tetra will be required to submit a marketing application covering several concerns raised by the FDA to ensure QIXLEEF’s safety for consumers.

One such concern that is very important to the FDA is the amount of CBD metabolite, 7-COOH-CBD, found in humans treated with cannabinoids. In 2018, the FDA approved the first drug with ingredients derived from marijuana, Epidiolex, to treat rare and severe forms of epilepsy. A vital issue for patients taking the drugs was the disproportionate amount of 7-COOH-CBD found in those taking Epidiolex, which was correlated to liver toxicity. Tetra has stated that the amount of CBD metabolites in those who have taken QIXLEEF is only 2.5 times higher than controls compared to 40 times higher in CBD oral administrations.

The FDA has also requested a more exhaustive assessment of brain histopathology as the drug is delivered directly to the brain via inhalation. A carcinogenicity assessment will be required because QIXLEEF is intended to be used long-term in patients living with pain. Finally, Tetra will also need to provide a bridging strategy for developmental and reproductive toxicology to characterize the risks of taking the drug for pregnant and breastfeeding patients and those who intend to become pregnant.

Tetra joins many biopharmaceutical companies looking to market cannabinoid products but only time will tell if it becomes one of the handfuls of treatments that the FDA currently approves. Epidiolex remains the only cannabis-derived drug approved by the FDA, although three cannabis-related synthetic medicines have been approved: Marinol (dronabinol), Syndros (dronabinol) and Cesamet (nabilone). These three drugs are chiefly used to treat severe nausea and vomiting caused by chemotherapy. However, Syndros and Marinol are specifically marketed toward adults with acquired immunodeficiency syndrome (AIDS) diagnosed with anorexia from chemotherapy treatment.

Other clinical trials currently in the works evaluating the use of cannabinoids for a variety of conditions include the University of Michigan’s investigation of THC, CBD and combination THC and CBD therapies on knee osteoarthritis pain and a study sponsored by Johns Hopkins University, evaluating the pharmacokinetic and pharmacodynamic effects of hemp-based CBD topical products.

As recent as 2019, pharmacists and other scientists have raised concern over the rapidly evolving cannabinoid therapeutics arena, raising concerns such as limited understanding of how cannabinoids affect the developing brain and what behavioral impacts the therapeutic might elicit. Cannabinoid receptors, targeted by therapeutics containing cannabis-derived compounds, are abundant in several brain areas, including the cerebellum, basal ganglia, hippocampus and spinal cord regions, which means cannabinoids can have very widespread effects impacts on memory processing, pain regulation and motor control. Some of these impacts have not been widely studied yet, backing up such fears raised by researchers.