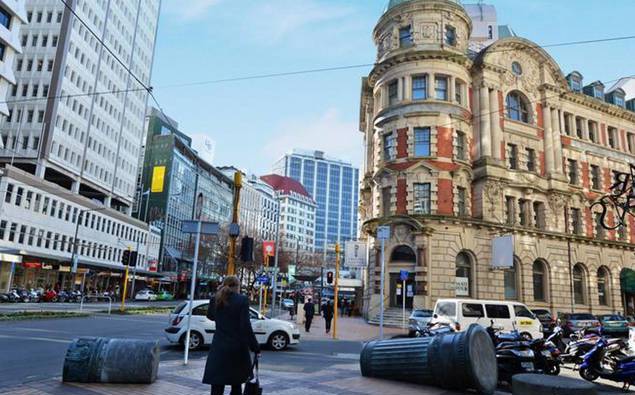 Christchurch and Wellington are leading a spike in attracting companies into their central business districts.

Research from commercial real estate firm CBRE shows the central city office vacancy rate in Christchurch dropped from 10.6 per cent to 5.4 per cent in the six months to December 2021.

“Employment growth has been strong as well and that has transferred into business demand, especially for prime space,” Moricz said.

“In some areas of New Zealand, especially the Christchurch office market, it has been a fairly universal improvement in the vacancy rates.”

In Auckland, the growth was mainly concentrated in prime, high-quality real estate, he said.

“Auckland has had no stock withdrawals, so it has not seen quite the same performance as Wellington. However, strong demand in Auckland for prime office space is creating opportunities to reposition older secondary stock in the right locations,” he said.

“The former West Plaza building at 1 Albert Street, now known as Alberts, is a good example of a well-repositioned building in a desirable central location driving strong tenant demand: a success story.”

Moricz also felt that the impact of hybrid working, where employees split their work between the office and remote locations, has been overplayed.

“I think hybrid working has definitely been a feature of the market and I think it’s here to stay.

“[But] when you look across the market, the change has been somewhat more muted and partially moving to hybrid working doesn’t automatically translate into a lesser demand for space.”