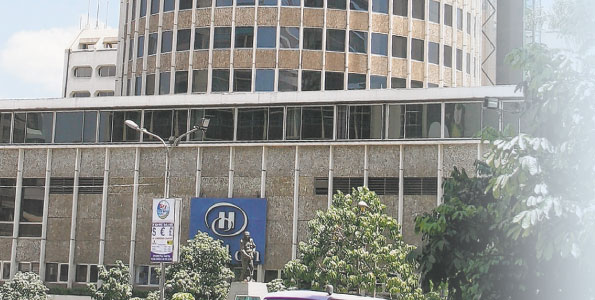 At first, the announcement gave the impression that the Hilton Hotel franchise was exiting the Kenyan market only for more information to show it was only shutting the Hilton CBD.

The hotel franchise intends to keep its operations in Kenya and will still be running the two establishments in Hurlingham and Garden Inn at Jomo Kenyatta International Airport (JKIA).

The other clarification was that the decision to shut down their CBD establishment had little to do with negative effects of the pandemic to the sector. So, the issue is not that we are facing a sectoral problem which would be a matter of concern.

I have two reasons the franchise made the decision to shut the CBD hotel.

First, one of the reasons that most likely led the management to arrive at that decision is that after 50 years of the CBD establishment providing one of the best view of Nairobi, it now finds itself on the wrong side of town.

The reality is that Nairobi’s central business district has over time changed; today it’s dominated by commercial activities of small businesses as compared to the old high-class one dominated by corporate offices and real estate assets attracting the high-spending clients.

Today, those high-spending patrons completely avoid the central business district when it comes to entertainment, leisure and accommodation spending.

This is evident because this problem is not a unique one that affected Hilton CBD alone. There is a trend among luxury hotels that target to provide sleeping accommodation while located in Nairobi central business district are struggling to fill their bed capacity.

The second issue is government ownership which ended up affecting the business — Kenya government owns 40.57 percent in Hilton Hotel.

In 2015, the government planned to sell its stake in Hilton Hotel, InterContinental Hotel which it owns 33.8 percent, and 39 percent stake in Serena Mountain Lodge.

But this plan failed after partner shareholders placed bids that were below the set reserve price and the sale was indefinitely stopped.

The agreement provided partner shareholders with the first priority to acquire the government stake, but the offer made was below the valuation price the Privatisation Commission had set and the sale never went through.

What is interesting is that the partner shareholders are persons linked to previous governments and they seemed to be an arm-twisting government to acquire its stake at a throwaway price.

Because why would the partner shareholder not stay out of the sale if they found the valuation price to be out of their pockets and let the government sell to other investors?

This would have given the government the chance to open the sale to any prospective buyer who would have recapitalised these hotels.

The fact that the government was not in a position to recapitalise these hotels to keep them competitive as well as the government couldn’t sell its stake to investors who would have recapitalised them definitely affected the hotels.

The Private Commission carries its fair share of the blame because as an adviser to the government, it failed in its job.

Today, government shares in these hotels are much less than what it was in 2012 when their privatisation were sanctioned which means the State losing money when its mandate is to protect the interest of the state.