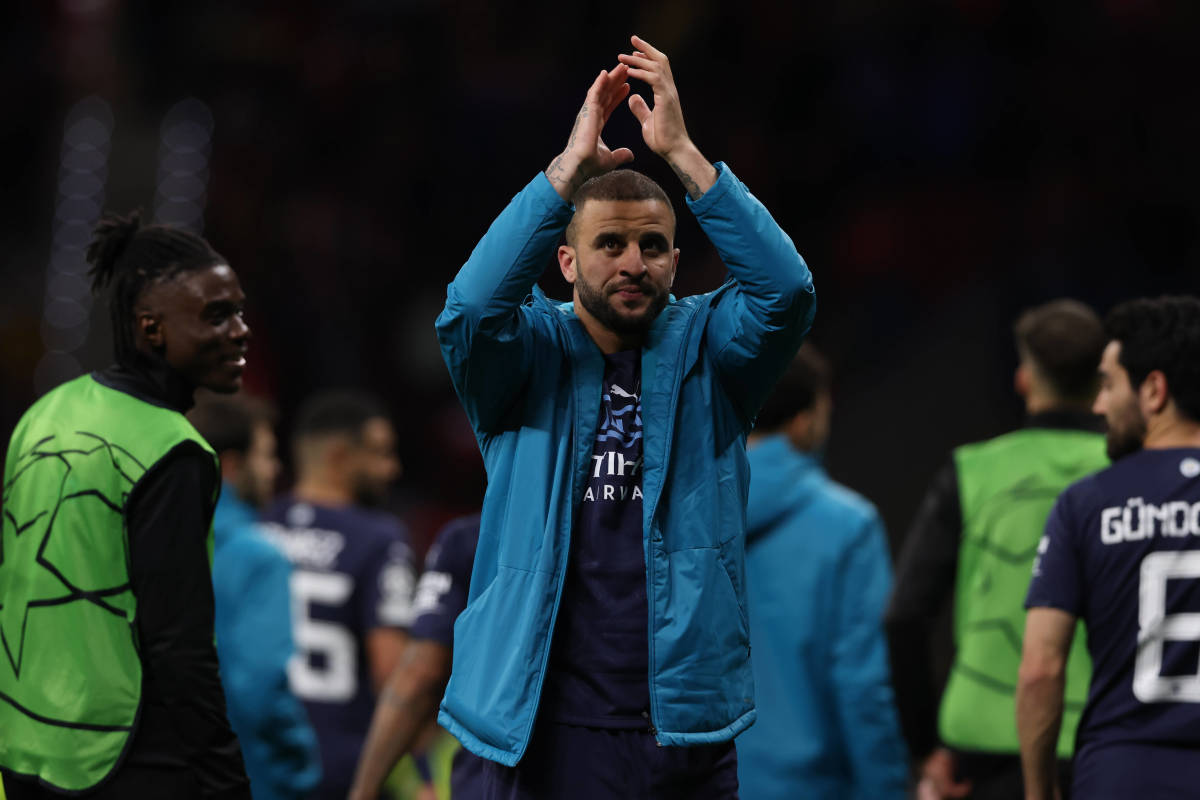 Kyle Walker, who has been sidelined since suffering a nasty ankle injury against Atletico Madrid three weeks ago, has missed crucial matches in the Premier League, Champions League and FA Cup for Manchester City.

The 31-year-old was pictured returning to training on Tuesday, ahead of the Sky Blues’ trip to Madrid to face the newly crowned La Liga Champions at the Santiago Bernabeu on Wednesday evening for the second-leg of the Champions League semi-finals.

City will take a 4-3 lead to the Spanish capital on Wednesday, after a stunning victory at the Etihad Stadium last Tuesday, where the Blues moved into a 2-0 lead after just 12 minutes.

Kevin De Bruyne, Gabriel Jesus, Phil Foden and Bernardo Silva were all on the scoresheet last week, though a Karim Benzema brace has provided Real Madrid hope of claiming another English scalp, having knocked out Chelsea in the quarter-finals.

Pep Guardiola was without a recognised full-back for the first-leg, though the Catalan has confirmed that he will have both Kyle Walker and Joao Cancelo available on Wednesday, with the latter returning from suspension.

Walker has missed the last five matches due to injury, and having returned to training on Tuesday, Guardiola said: “He trained, he’ll travel and we decide tomorrow. Happy he’s back, he tries to be in contention tomorrow.”

However, City will remain without centre-back John Stones, who continues to struggle with an injury which forced him to be replaced by Fernandinho during the first-half against Real Madrid last week.

Speaking about the condition of the Englishman, who was absent from first-team training on Tuesday, the City manager abruptly said: “No, not ready,” when asked about Stones’ availability.

Nathan Ake limped off against Leeds United on Saturday evening, though the Dutchman looks set be available for Wednesday’s semi-final second-leg, despite initial concerns.