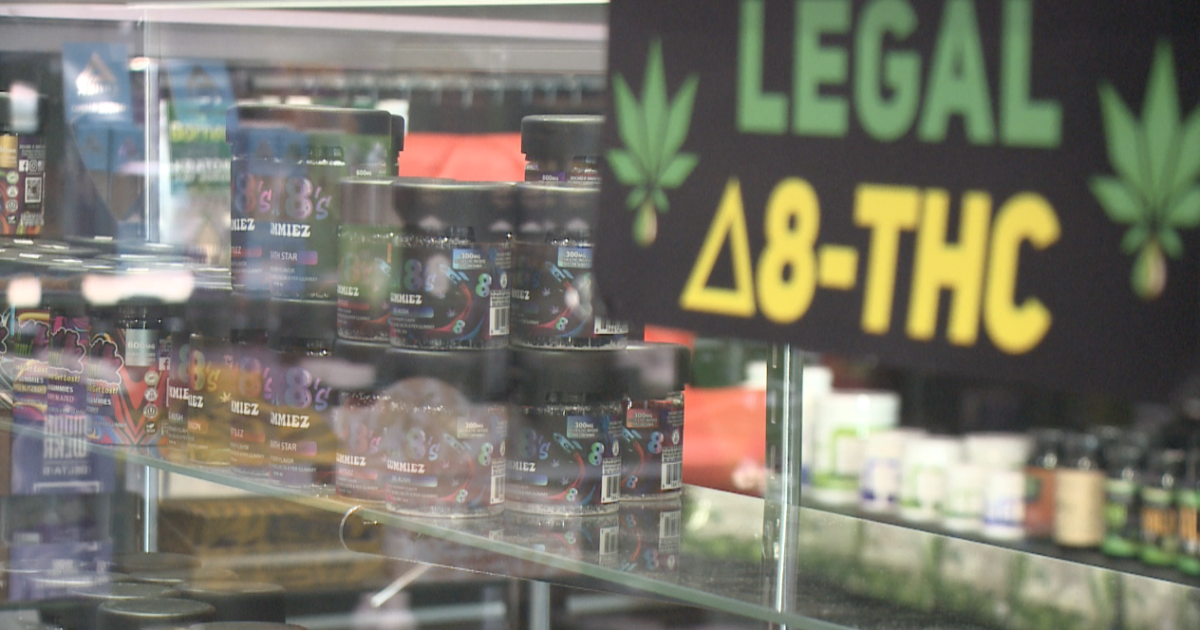 CHESAPEAKE, Va. – The Virginia Hemp Coalition is calling on Gov. Youngkin to veto, or at least amend, a bill that puts restrictions on THC products sold at shops around Virginia.

Enter CBD shops or even convenience stores and you’ll find vapes, edibles, and other products, made from hemp, which is another form of cannabis but grown differently than marijuana.

Many of the hemp products contain amounts of THC. A common one is Delta 8 THC, which is legally sold thanks to a federal law and gives people a high, although advocates say not as intense of a high as regular marijuana products. Delta 9 THC is the cannabinoid that gives people a high when smoking marijuana.

Earlier this month, lawmakers passed a bill that redefines what marijuana is to include products with more than .3% THC, or more than .25 milligrams THC per serving, or more than a milligram per package.

The Virginia Hemp Coalition says the bill, as written, would dramatically reduce the amount of products that would be legal to sell.

“This bill has a great impact on the hemp industry in Virginia. It basically would probably shut down about 80-percent of it,” said Jason Amatucci, the group’s president told News 3.

Amatucci says the bill would mean Delta 8 products, as well as some CBD products, would no longer be legal to sell at shops. He believes the law is written too broadly and could be in conflict with the 2018 Farm Bill, which led to certain hemp products being sold.

“We actually think Delta 8 and intoxicating cannabinoids should be regulated,” he said. “We’re saying don’t affect the good products. We have a bunch of non-intoxicating products that are made from hemp.”

The bill’s sponsor initially brought it up in an attempt to crack down on gummies that may appeal to children, but lawmakers wound up making broader restrictions on the overall industry.

Supporters cited concerns about safety in voting for the bill.

“It’s important to note that over the last year, we’ve seen an alarming spike in poison control calls and hospital visits due to consumers ingesting unregulated and untested products,” Sen. Adam Ebbin (D-Alexandria) said before voting in favor.

Amatucci is calling on Gov. Youngkin to veto the bill and wants a study to be created to study the issue before further legislation is crafted. “The bad apples need to be dealt with. Let’s keep the good apples on store shelves,” he said.

News 3 reached out to Gov. Youngkin’s office to get his thoughts on the bill, but didn’t get a response. Amatucci said he is meeting with his administration on Tuesday to continue to work on the issue.

CBD and Delta 8 products are the biggest sellers at Foggy Frogs in Chesapeake. “It’s really helpful. I really have an issue with them trying to take it,” said manager Tristen Rice. “Anything that’s good they try to take it.”